Support
Random Novel
Reborn into a Hamster for 233 Da 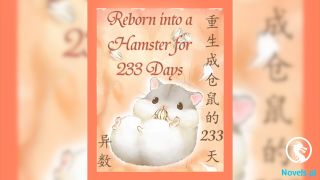 「Well then, Koko. I have decided to go to the mansion of the vamp―― Eh, where are you going?」

「Since it’s only oneechan. Except for one eccentric adventure geek, I’m more delighted if you show me a gem rather than those kind of stories」

One girl called Koko was throwing away a soft looking cushion inside a room which was decorated with luxurious furniture.

Her ultramarine colored hair tied in twin tails with strong willed eyes and impish mouth, she was casually searching for gems placed in one location of the room.

「See, even Alie-oneechan should be at the good age to be interested in this too, right?」

「Wawa. Stop throwing it away like that, it’ll damage it, you know」

Alie Duo, a noble of Neman, is rebuking her little sister, Koko Duo, while catching the necklace, with red gem embedded on it, that’s being thrown away .

But, Koko’s laughing as if looking down on her and then sits on the side of her sister who sat on the sofa.

「It’s fine isn’t it, since those guys of the society won’t notice about such things. Those guys, They’ll receive that glass marble-like things as a gratitude」

「It’s the truth. See, even for oneechan… Yup, it matches you very well. See, you told me about Grael Treize before, right? That guy’s also the type that will be easily tricked by the exterior and its name. He’s been interested in oneechan and has invited you for a date so many times. He can’t understand the true essence of a human」

「It seems my true essence is completely no good, right.」

「It should be right. Since you’re something like a noble girl who’s always adventuring despite already being at the good age. Koko’s obviously being charmed by it. And yet Grael is ignoring Koko and is only devoted to oneechan, are you interested in someone else?」

Koko’s breathing roughened with excitement as she folded her arms.

Alie drank a mouthful of tea, placed the cup on the table and asked Koko.

「Was Grael-sama to your liking？」

「Waa. As if I’ll fall for such arrogant and great king」

「If that was the case, it should be okay. Rather, I’m also annoyed by him」

Waving her fingers with chichichi, Koko also drinks her tea, filled with plenty of sugar by herself.

「Even if I dislike him, I’m still angry at the guy who’s ignoring me. I should reject him after he’s aware of Koko’s charm」

Alie said those words with a “good grief” expression and drinks her tea again. Koko was looking at her face.

「That guy is truly the example of a foolish noble-sama, isn’t he. Well, his head might cool down a little inside the jail, and oneechan shouldn’t get yourself involved in such trouble. Aren’t you glad, oneechan?」

Koko was smiling from ear to ear.

Here in Rain kingdom, nobility is basically a title to show their honor. According to the law, the so called nobility has no privilege in their status.

But in reality, it was something indispensable for nobles for the sake of participating in the center of the government. In short, that was just how much trust was placed on the man by the country, or rather, it’s something like a proof of their trust to the house of men.

Though there’s generations after generations of influential people who become a noble, naturally new people are added too. The people who did a great contribution to the country, or the one who paid large sum of money. Or the people who fulfilled both criteria.

Though becoming one isn’t easy, it’s not hopeless either; it’s relatively easy to increase. The tendency of merit system also improved in the recent years; rising fresh nobles appeared one after another; thus, the boundary between a noble and a commoner had greatly reduced compared to before.

Some of the aristocrats work in the center like Grael, but many were influential persons of their own region and many of them possessed wealth, influence, and vast plot of land in their territory.

That’s also the case for the house of Alie Duo since long time ago; fortunately, they’re also maintaining that power without letting it fall.

Though many of them are basically from the public figure class of the country or region… Alie wasn’t interested in such matters for now.

At that time, a knocking sound resounded inside the room.

「Wha~t’s the matte~r, oniichan. We’re in the middle of a ladies talk」

The one who entered the room was a youth with silky smooth dark blue colored hair. He’s the eldest child of Duo house, Suaman Duo.

Despite being inside their own house, his appearance is tidy from top of his head till his toes.

「Dear mother called, Alie. Though she didn’t say her business, you should be able to guess it right?」

「Ah, yes. Since I was resting in the house for a while, I told dear father that I might depart again soon」

「I see, at that time dear mother wasn’t in the house. Where are you going to this time？ 」

「U~h. No, that sort of thing is. I think that it would be nice if I say good things to dear father before the discussion, so not yet」

「Oneechan, your eyes are swimming. You’re still bad at lying as ever」

Though Alie’s twisting her body as if panicking when Koko laughed as if mocking her, it didn’t have any special meaning behind.

Koko who saw her like that is laughing with “fufufu”.

「It’s not the time for laughing, Koko. I’ve said that I’ll teach you properly, right？ It’s already the time」

「You can’t. What are you going to do if the people of Duo house don’t even know regarding the business and history of Neman. I’ll be very strict in disciplining you since you’ll skip the lessons by calling from the outside」

After Suaman’s entered the room, he unhesitatingly went to seize Koko’s arm.

Koko gets pulled into the library as is while screaming「DEMON TEACHE~R, THIS IS A VIOLATION OF FREEDO~M」.

Seeing that her older brother and little sister weren’t that much different compared to the time before she returned, Alie’s face blossomed a relieved smile while coming out of the room.

「Not here either huh」

The magic tool maker, Phillipe, let out such grumbling in this big city, located further south-east than the arena city, Prowkai.

「Geez, where the hell is that guy actually」

Naturally the one who’s referred 『That Guy』by Phillipe is Eiji Choukai. He has already went ahead of Eiji long time ago, but he is totally ignorant of such a thing and thus came as far as Neman.

And then, he started looking carefully inside the city, but he couldn’t find the one he’s looking for.

When he’s thinking “Well then, what should I do now”――

「Are, if I remember it correctly, that person is―― OI！ You’re Alie right！ 」

The one discovered by Phillipe is the noble who became an adventurer, the one he met somewhere in Laurel; it was the figure of Alie who was strolling in the city.