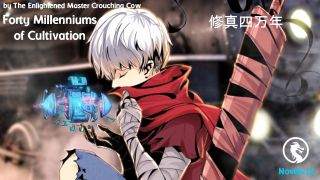 «I Leveled up from Being a Parasite, But I May Have Grown Too Much (Web Novel) - Chapter 70.2 - Risa Haruna and Bandit Supression

「Thank you very much！」

The coachman rushed over to Risa Haruna and Phillipe.

He seemed relieved while petting the horse.

「Please get on board, we’ll leave immediately」

And then, she faces toward the bandits who were captured by Phillipe and calmly undoes her rope.

Thought the bandit was showing a puzzled expression, when Risa Haruna said 「Now then, you should quickly go and take these guys to call for a reinforcement」, that guy ran away without even saying his gratitude.

The coach showed an astonished face.

「Why did you let him go!? We’ve to hurry before he calls for reinforcement」

「There’s a possibility that we’ll be raided again if this region is their turf. The coach isn’t fast enough and the terrain makes it easy for them to hid themselves and easy for us to be discovered. At that time, it won’t be limited to just stopping the coach like before. In that case, don’t you think that things will be slightly troublesome？」

「That is true. It certainly is true. But, since we’ve no other way, we’ve no choice but to escape as far as possible」

「There’s one more way. It should be okay if we crush their entire group. That sounds like a plan right, Phillipe-kun?」

Phillipe nodded as if agreeing while saying [I see].

「Yeah, that seems so. Thus, we might be able to travel more pleasantly. Moreover, they came at the right moment since I’ve been bored lately」

Risa Haruna nodded with a really satisfied face and then followed after the escaped bandit after taking a box which was hidden slightly separate from the coach.

What she used was the unique skill of the vampire, blood tracker.

It’s a skill which enables her to know the location of the other party whom she marked with blood.

”In this case, it doesn’t seems like there’ll be anything significant to delay them in the way”.

While pondering about that, Risa Haruna continues chasing after the bandit while leading Phillipe along with her. Though she felt that Phillipe isn’t even needed if it goes by her power alone, nonetheless, coming to their den was also without any difficulties. Moreover, it’s only natural for someone powerful to come along with her.

After entering the forest and walking for a little while and at the same time sniffing the smell of green, they found the cave.

The reaction of the bandits which she marked stopped inside this place.

Maybe it’s his destination and so, Risa Haruna’s walks inside the cave without even feeling especially reserved. To Risa Haruna who’s a vampire, the likes of bandits weren’t worth for her to fear.

「Is it okay, Phillipe-kun. It seems that somehow there’s a laughing sound from the bandit from there」

Risaharuna and Phillipe enter the cave, the hideout of the bandits.

They install lamp inside, the guarantee for field of vision not even necessarily prepared by them.

「What the hell is this」

Blood was sticking on the walls of the cave.

And then, a bandit is gasping while leaning against the wall――一 It’s not just one, there’s few of them.

They’re not in the situation where they can fight, they had also lost their fighting spirit and were running away when they noticed Risa Haruna and Phillipe.

Phillipe asks but, Risa Haruna shakes her head in confusion.

She never expected for this kind of situation to happened. She could not even understand the current situation.

「But, this is too unusual, shall we look for whether there’s anything unusual. Anyhow, someone we don’t know is already stealing our prey. No need to hold back」

「Yeah, there’s no need to change the plan that we discussed on the way here. Maybe there’s something I want too」

With the thief hideout already having become a dangerous place, the two of them are searching while confisticating the stolen goods. Antique items for Risa Haruna and raw materials for Phillipe.

Since there was no need for them to feel reserved.

And then, after they searched for a long time, they found a conspicuous, wide room in the inner part of the cave.

Risa Haruna could feel that her marked target was somewhere in there.

The moment her foot stepped into it.

The bandit from before came swinging his sword at her while raising a loud voice.

Risa Haruna’s grasped the blade of the sword which was swung at her and then confiscates it with all her power.

「If you mean about that disastrous scene in the cave, sorry, but you’re wrong. How can we do that if we came just after you」

Risa Haruna seized that bandit just like that and waited for a while for him to calm. When she was doing that, Phillipe headed further into the room.

Phillipe didn’t make any careless movements and beckoned to Risa Haruna without moving his line of sight.

「Are you the boss? What the hell happened here？ 」

At that place, was a female boss bleeding from her shoulder.

Lying on her side was a broken sword.

「It’s a swordsman. A swordsman just suddenly came to our place. He came and then asked whether there’s a strong person. And then, he headed toward this room while killing my subordinates who tried to stop him, yes, his goal was me. Even someone like me was a bit confident in my skills. I tried to beat him in his own game but―― This is the result」

A swordsman―― It seems he destroyed this place on a whim. Risa Haruna asked with surprised face.

「It’s nice that he didn’t kill you, right」

「He say that I’m not even worthy for him to kill. It seems that he’s not killing the weak, since killing without a cause isn’t interesting. Thus, he would rather have me keep living while embracing such feeling of humiliation, what a terrible disappointment」

The boss laughed as if mocking herself.

And bashed on the earth while laughing.

Risa Haruna and Phillipe did nothing but exchanging glances to the unexpected situation at each other.

「Good grief, we were stopped by such an unexpected event huh」

「Yeah. It was such a strange event」

By the way, since the safety along the way had been guaranteed, the two returned to the coach with the spoils of battle in their hand, and the coach continued advancing along the highway again.

As for the bandits, they decided to make a report about it including their hideout when they arrived at the city. That’s what they requested to the coachman.

Though they may have already escaped at that time, or already disbanded. And then, they must report about that mysterious swordsman too.

「Well, he has not even left any tracks, now we’ve returned to the starting line. Come to think of it, Prowkai you say？ Risa Haruna is also heading toward the same place as me huh」

「Yeah, what a coincidence. I’m going to meet someone」

「Hee. And why do you want to meet him」

「I was always in the village but, I received a stimulus lately, you see. So, I thought that it might be interesting to travel to sightsee various place」

Since it was a rare occassion, though she thought that it might be even more interesting if she invited the origin of this stimulus, that person had already left Laurel. After collecting information in Laurel, Risa Haruna who knew about it also headed toward Prowkai.

Though a journey without any goal is okay, it was even more interesting with a goal. By the way, she’s established a goal called looking for Eiji, and hence Risa Haruna was currently enjoying the journey even more. And yet, half of her enjoyment was the feeling that she didn’t mind about failing to find him if he can’t be found.

The coach which they were riding on continued to advance――

Risa Haruna suddenly said that to the coach driver.

The coach drive’s stopping the coach while surprised by her.

「There’s a road over there, is there any kind of village or city at the end of it」

Risaharuna’s pointing at the small road which branched from the big highway on which the coach is advancing. The coach driver nodded and then explained.

「I see… Okay then, I have decided to go there. It seems to be hard for this coach to pass that road with its width. Let me to go down in this place. So that’s the case, Phillipe」

Risa Haruna said that to Phillipe who was still inside the coach.

「Change of schedule. I was fond of a journey due to the change of mood. Well then, we’ll meet again if fate lets us to do so, O eccentric magic tool maker」

「Aren’t I the one who must say it to you, O eccentric one. A villager, and yet having an unidentified overwhelming power. Well, it became a nice way to kill sometime in the middle of journey. See ya」

Risa Haruna and Phillipe bid their farewell to each other after the coach stopped, and then Risaharuna descended to the ground with all of her luggage.

After raising her hand slightly toward Phillipe, she took a different road apart from the coach.

「The smell of this『Power』―― it’s him huh. I almost missed him. Fufu, it seems like you were off your journey」

The vampire happily heads toward the pioneering village somewhere forward.