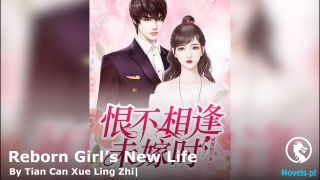 «I Leveled up from Being a Parasite, But I May Have Grown Too Much (Web Novel) - Chapter 70 - The Road Towards Mine

Chapter 70 - The Road Towards Mine

Though the number of blood trees that I found was none but one.

After I stowed the red drop into a small bottle and brought it back along with the black ebony, I saw that Drai and Ruu were still in the middle of clearing the forest.

The axe swung by Drai is making a dry sound, it was repelled by the trunk of the tree. The whitish-grey colored tree and shrub wasn’t even nicked.

Despite the fact that the surrounding trees have been chopped down, there’s still one of them who continues to stand firmly in the midst of the stumps. What a manly tree.

「Your power isn’t enough. Lend it to me」

Thus, Ruu comes forward and then receives the axe from Drai.

In that moment, something similar to aura starts rising from Ruu’s body, she then brandishes her huge axe. The strengthened attack, which might be due to the result of the skill, silently bared its fangs on the trunk of the tree.

Moreover, Ruu continously hacked on the tree, and finally chopped it down… at the same time, cracks began to appear on the surface of the axe that she got from Drai, and then it was smashed.

「Somehow, it seems this axe can’t endure my power」

What’s with that ‘protagonist of a battle manga who suddenly just got a power-up’-like line.

「What a great physical power. Ruu is scary」

I replied with those words as a greeting to them.

「Ah, Eiji. Iya~, it seems I became even stronger. I’m sorry, Drai. By the way, you may use this instead」

So, Ruu gave the spare axe which she had brought along to Drai. It seems she bought two of them.

「T-Thank you very much. Uhm, please don’t mind about that axe. I also have a spare axe, moreover, it’s the tree which I couldn’t chop down no matter what and it was supposed to be cut down anyway. Well then, Eiji-san also has come back, we should rest for a while and then building the cabin after that」

And then, we take a slow rest in the forest devoid of people, after that, we show the result of our work.

After doing that for a few days, the gathered raw materials are still low in number, I even looked for it in the vicinity of the cabin which we built. As expected, though we haven’t finished building the cabin, we’ve chopped down the trees, thus our work could advance to some extent.

Moreover, since I found the raw material, it would be more effective to convince the cooperative workers to get cooperation by showing this raw material souvenir.

They’ll start returning to Eigen with this kind of expectation.

「As I thought, there’s no way it’ll be that simple, right」

Though Drai advertized the raw material I found in the plaza and bar in one hand and by greeting his acquaintances on the other, it was still useless.

The chance it could be found is just unexpectedly low, honestly it doesn’t meet the condition of providing good prospects.

「Well, there won’t be an immediate change. I feel that we’re advancing even if it is just a little」

Maybe because Drai is also somewhat used to it, it’s a blessing that he isn’t feeling down.

And, just at this point. A boy comes toward us.

Drai presented the lacquer ebony[black ebony] to him.

The boy called Ston immediately flicked that and then stamped it.

When Ruu threw a fit while hurriedly picking it up, Ston showed his age with an odious “I~” and then ran away.

I seized Ruu’s collar when she tried to chase after him and stopped her.

Though Ruu is showing an objection for being stopped, I calmly admonished her.

「That was a flag for your “one punch”」

「I won’t give him one punch, you know. I’ll give him two punches」

「Ha~. Goddess is throwing a tantrum at children」

「Why must I pretend to be an adult, it’s boring. He won’t become any good for the society if I don’t educate him properly」

「Ooh, that’s why no violence, let’s teach that child properly by indirectly telling him the price of the material which he said useless and trampled on by using his parent」

Ruu looks at me with a gaping mouth as if she was amazed.

「Eiji, you really have a nice personality, don’t you」

To me who’s laughing with “fufufu”, Drai stopped us with a gesture.

「Uhm, there’s no need to go that far. Since I’ll be the one who will say it. He’s the nephew of my acquaintance. Beside, I’m okay with it, well, I’ve no other way even if he says that I’m doing a foolish thing. It’s the truth since I am yet to show any result」

Drai dropped his shoulders as if he was crestfallen with that fact.

Well, though it certainly is difficult to trust him as he still has no achievement, they don’t even have compassion for him, don’t they.

「Well, isn’t it okay if we just find more of the materials」

His recovery is too fast!

「Mine, there’s one in this village?」

「Yeah. Though it’s an abandoned mine where you can’t find anything. Even so, it definitely must have something. Let’s go, Eiji-san, Ruu-san！ 」

Drai walked in high spirits toward the northern part of the village.

…Isn’t he showing too much spirit?

「Its feels like a hole which has been drilled out of hell, right」

The mine, located in the western part of the jungle, has it’s entrance gaping open in silence. Despite saying it’s into the mountain, the mountain has low altitude, it feel like a cave which was drilled into the basement.

Though we continue to advance, it’s just as Ruu said, there’s nothing special in this place.

「I can’t find anything in this place too, Drai-san」

「Yes, that is more or less the truth, we only found a small amount of black silver that was a rare metal, the percentage found wasn’t that high either. Moreover, it’s been determined that there might be nothing else left by now」

His voice is reverbrating inside the cave.

I could hear the sound of dripping water coming from far away. It’s a place that caused my senses to be sharpened.

Within that is the reverberation of Drai’s vexed voice.

「So that’s the case. There might be nothing. There might be nothing in this place, the village might not be able to regain its past liveliness, that’s the only thing I heard from them. It’s been like that since long time ago. Even so, there might be something if everyone thinks that there’s something. I’ll keep trying to prove it till they agree with me. Even so, they just gave up without even trying. That’s why, the truth is, I might be doing this for them to agree with myself rather than for the prosperity of the village」

「That’s why you can’t saying it too loudly」

「It’s as you say. It’s embarrassing」

「Well, isn’t that a righteous reason？ It’s not like that doing this will turn into trouble after all. Your results are more important than your motives, it’s the result that matters in the end」

Ruu said so while we keep advancing deep into the mine.

I tapped on Drai’s shoulder.

「Well, that’s the thing. Let’s do it with patience. It won’t become a minus if it’s originally a deserted mine… or so I say, it might be that there was not enough effort put on too」

「Haha, yup, it’s feel good when you put it like that. Yeah, let’s do this」

Thus, we keep advancing into the mine. Though I’m not very sure of it… there might be something that we have found right in front of us. In this place.