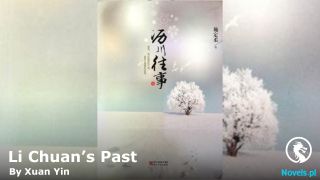 «I Leveled up from Being a Parasite, But I May Have Grown Too Much (Web Novel) - Chapter 7 - Parasite Class

「In a few words, adventurers are divided between F~A rank, and you can also receive requests according to your class. But even if the request fits your class, we, the guild, will judge if you are able to accept it or not. You must know that you are only able to accept request only one rank above or below your rank. And because you’re just a rookie, you will start as a F-rank」

She means that no one can do something reckless, and at the same time, to train the rookies, they created a division of ranks to restrict the request they can take.

「That means that the C-rank is the third from the top. So, they are really strong」

「It’s not as simple as saying that they are strong. Because as you rise in ranks, the number of people decreases, so If you only take the numbers into account, you can say that with their levels they can be called a top class」

I see, I will never get rid of them. Then this means that――

I used my skill and I cut off one of the lines connected to me.

Let’s cut off that middle-aged man from yesterday. I need to choose wisely to whom I’m going to parasitize.

Now I have the possibility to take two more.

I move away from the counter, and now my goal were these two of high rank.

「E-Eh? You are not going to take a request?」

Confused, she raised her voice, but I refused politely.

Hearing her 「H, huhー」 disappointed voice, I pass by the side of the female adventurer which had just entered and I touch her with the palm of my hand, then in a casual manner, I waved my hand towards back of the man who had just stand up from his table, parasitizing them.

It would be very strange If I’m always falling down, so I need to find a new way to touch them in a casual manner sometimes.

However, I’m thinking that this is suspicious in another sense. After having tried I feel that it was really easy to do it but what is going to happen now? No, I’m sure that what I have done is not suspicious at all, yes.

The reason I’m aiming at the adventurers with the higher ranks it’s only because the higher their strength, the stronger will be the monsters with which they can fight.

And that means it will be greater the experience that I can get. I’m sure I will speed up my leveling up if I choose an adequate person to whom parasitize.

In any case, I’ve done what I came to do here, so I left the adventurers guild and I headed towards the inn. I waited on my bed for the experience to accumulate.

The morning passed unusually fast, and after waking up from a nap.

It went up, it seems that they started to fight with monsters.

Because I was already awake, now let’s do a bit of sightseeing. I have heard a lot of things of this town from Veil, and above all it’s because I’m free.

I passed my time aimless wandering through the town seeing many things, and even going outside of the town but to a safe range where monsters don’t come out.

The next day I have spent my time in the same way as yesterday, and I even went to buy several things.

First was the clothes. I noticed this when I woke up, I don’t have a change of clothes. It’s good that my clothes doesn’t stand out, but it’s problematic to have only one.

In addition I have bought a knife and a 【Normal】luggage bag, also paper and a pen with ink, and so on. I have also bought many miscellaneous daily goods.

After having observed the people in the town, I think that I have understood, I didn’t see nobody using something like a space bag

Like I thought, this has to be an unusual item, and they may think that country bumpkin like me is a easy target so I will not use it more than necessary.

As I’m already accustomed to the pure white paper, I know that this paper cannot be compared with the one I know, but I will endure it because it’s possible to write on it.

I was focused in my skills and my level that I didn’t look carefully at my main attributes.

Let’s see how strong I have become.

I see, the Parasite x3 has overridden Parasite x2, or perhaps I should say that it has made it more stronger.

Well, let’s see then what has happened with my attributes… Eh?

I think they are in the same way as a before…

Yes, my level has risen. However, it doesn’t seem that my strength and stamina has not risen too much? No, I’m sure that it has not changed so much.

That means that I will not become a lot stronger as I level up my class? This is a too harsh reality, this life.

…The pleasure that came for having raised my level has right now, died.

There is a meaning for a parasite to be in high spirits?

Ah, while I was saying things like that, my level has once again risen.

But it’s safe to say that my attributes will not rise, isn’t that right?

This pattern is completely different from before. I was thinking that it would be the fourth level up, but this class is not like that. If you say a class, then it has to be like the class swordsman or parasite, something like that… Let’s see it.

I took out a lens from the luggage bag that I have bought from the magic tools shop.

This lens is a magic tool called appraisal lens, it allows me to know particular things about my skills and the like that comes from my status.

It’s really difficult to make and sometimes it can break itself of nowhere, so I was hesitating to use it or not, but now that I have acquired a new skill, let’s use it.

After a long awaited time, I decided to use it to see the details of my first and only skill I have, the next moment my status is displayed, and then I used the appraisal lens on the Parasite x3 skill.

And then suddenly the lens broke down!

This has to be a defective good! What is happening, breaking in the first use!

Even if it can break down anytime, there is a limit for it to break down at its first time.

But it’s not something impossible, so I will not complain.

And it’s not like the shopkeeper of the magic tools shop has lied.

It can’t be helped, but now that the explanation has come out, let’s check it out.

You can parasitize up to three people touching the other party. You acquire three times the amount of experience of the people who were parasitized.

This is for real? This effect.

Not only up to three people, but three times their experience? Then that means that in fact it’s 9 times in total?

That’s why I was leveling up so fast.

If you normally think about it, the more you level up, the more slow it will become to level up, but until now the speed hasn’t changed. And it was because every time I got a new skill, the experience received would increase.

And now, I’m a bit relieved.

Its a win-win situation――Well, it’s not, but it’s okay.

Let’s go with a *bang* to parasitize someone.

Now, let’s see what this new skill has to offer.

I use the appraisal lens.

The moment I tried to see its detail, a display has appeared.

Of course, my class is parasite, and not mercenary.

You will acquire experience of the class that the person parasitized obtained.

That was the explanation of the new skill.

And now I understand the reason why it was displayed.

When I see the status, I saw that another class was added, the skill has increased and even my attributes has increased.

Perhaps this is the true worth of the class called parasite.

If I use this, skills and even abilities will begin to be added. And moreover, three times the experience of each person up to three people.

This skill was the main point of this class called parasite.

It’s likely this was the time when everything started.