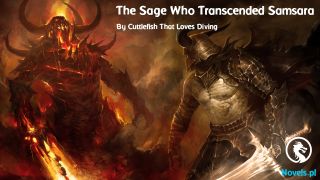 «I Leveled up from Being a Parasite, But I May Have Grown Too Much (Web Novel) - Chapter 67 - Pioneer Village, Eigen

Eiji and Ruu were looking at the scenery inside the swaying coach.

Even for Eiji who didn’t know any place farther than Snori, it was a refreshing scenery. Though there were many prairies close to Laurel, it gradually changed into mountains and forests.

Ruu continued looking outside while saying that.

Even while mixing with the footsteps of the horse, her voice was clearly transmitted.

「That’s right, arena. Well, I thought you said you’ll go since many big cities were nearby but, say, even the arena seems quite interesting」

「No, I never said that far though. I expect it more to be a sports-like battle though」

「Eeh, that’s quite unsatisfactory. The defeated side won’t even be able to scream as their neck is taken」

What a dangerous thought.

Could it be that she lost her excitement for small stimuli due to her long life.

When I was thinking of that, she suddenly stretched her neck toward me.

「I mean, the main reason Eiji is saying that you want to go to that place is because you want to see some bloody fight, right？ Who know that you’re acting like goodie shoes」

「I say, you’re mistaken. I, well, I’ve said that I wanted to see a competition but, if it’s that place, maybe I’ll find just the right parasite victim」

「It’s not like that but… Recently, I’m enjoying the moment when the numbers are growing bigger. Seeing the rapid increase in status and skill are healing me. It’s even better if I get a rare class」

It’s the pleasant feeling of high-speed leveling while hunting rare monsters and digging rare items. It made me remember about the old days. Moreover, since now that’s also useful in real time, that has become a good era.

「Fuhn. It’s hard to say whether it’s an aspiration but, maybe, I can expect it practically. Will you say your gratitude to me？ 」

「I’m fine with showing my gratitude but, what with that attitude I wonder」

When I knitted my eyebrows, Ruu pursed her lips with a dissatisfied expression.

Actually, I do feel grateful to her.

「By the way, I wonder how far is the next destination. Say, how far is it from this place?」

「Certainly, I’m worried about that. Hee~y, driver-san, is there something around this area？ 」

When Ruu asked the person in front, the driver said that we’ll be arriving at 『Eigen』 right away. Eigen huh, it seems it’s a place called pioneering village.

「What’s the matter, Eiji. The look in your eyes is changing」

「Excuse me！ We’ve arrived！ Please drop by for a short while in this village！ If it’s impossible, I’ll drop you in the vicinity！ 」

「If you already made up your mind, what else are you going to do. We aren’t travelling in a hurry, let’s just go with what you feel like」

Ruu was looking at me while smiling lightly as I suddenly made a commotion after my adventurous spirit was tickled by the so called ” Frontier”.

She unintentionally made a face as if saying, “You’re a simple-minded person, aren’t you”.

「Aren’t you actually a simple-minded person, Eiji. You’re the type who moves immediately upon thinking something good」

The coach stopped a while after that.

After advancing for a short while into the branched road which seemingly went toward Eigen.

After the driver bid his farewell to the other passengers, Ruu and I went toward Eigen. 御者 Though there’s absolutely no reason at all for us to moving separately, it seems that Ruu wants to spend the free time too.

Well, there’s no reason for us to act together.

A while after we walked.

Ruu said that with awfully high tension, that was a village.

No, to be exact, it’s currently JUST a village.

Though Snori was called a village, it gave the feeling of a small town; as for this Eigen, even the roads were not maintained properly. There was an awfully large gap between houses, many of the houses were also just simple structures with one floor.

The traffic was also not that much… maybe it couldn’t even be called as the main street.

But, it’s neither giving the impression of a tranquil or a picturesque village.

「Uhn, that’s just the right expression for this place. Should I call it rustic, or maybe listless」

It’s awfully not like a place brimming with the spirit of pioneering.

Well, we’re looking for a place to stay and then stayed in the inn.

We heard the story from the mistress-san of the inn the next day, thus we’re heading toward the jungle that was present to the north of the village.

「Yeah. It seems that beyond this point lies the place that is our goal」

Ruu wrinkled her eyebrows when she looked at the house whose roof was squashed by a bamboo-like tree.

「I wonder if this is okay. Or rather, why is this there in this kind of place」

「It’s because this is the frontier, isn’t it？ They’ve tried to make a living by standing in the front lines but, if they stopped their reclamation, the forests would recover with full power」

「I see. It’s not like I asked them to completely abandon the frontier spirit. Ha~, this is completely impossible」

We’re walking toward the jungle.

This village is said to increase the land in which people can live in Rain kingdom long ago in the past and now, we’ve entered deep into the jungle, it seems this place possesses rich natural resources in the mountain of its vicinity which is the reason why the immigration was advanced for the sake of using it for reclaiming this place.

The people who dreamt of making big gains gathered, they paved a path through the forests, digged through the mountains, built houses, made a road. It used to overflow with life.

But………… Everything came to naught.

Though it seems there were resources, it was mostly plant resources or mineral resources, they couldn’t find rare resources like black silver or sacred trees.

When it came to that, as if the tide receded, things kept vanishing whether it was the people or their wild enthusiasm, since then even the influx of people was lost, it was no longer the volume of people that used to be here, it ended up to the extent where they were just barely scraping for life by having the basics of living in this place. They had lost their frontier spirit, the thing which was left was only the desolate village. This was why it was just called a pioneering village.

Even so, maybe there’s something.

I have skills such as Judgement（Plant）（Earth） and Eagle Eye.

Well, even without the fire, there could be a variety of things that majority weren’t looking for, and though it does feel like there won’t be large quantity of it, there’s still a possibility that something is hidden under the cover.

「It’s jungle exploration and treasure hunting. Not bad for the first event on the lower world. You have good sense, Eiji」

Ruu, who was looking away, got her nose hit the branch of the tree.

She squatted with teary eyes, Goddess-sama is groaning.

It doesn’t seems that pioneering will be an easy job.