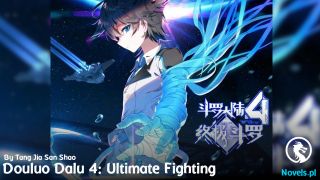 «I Leveled up from Being a Parasite, But I May Have Grown Too Much (Web Novel) - Chapter 64 - The World After Such a Long Time

Chapter 64 - The World After Such a Long Time

After having thoroughly shaken my body till it made some clattering sounds, the Goddess Ruu finally managed to calm down.

After readjusting her breath, Ruu asked me,「Eiji, I want to ask one question but, let me say that it’s not just for now, I won’t be able to return even in the future, isn’t it?」

「Uhhm………… No, well, Uhm, I just can’t do it, naturally the method to return you must exist you know」

I think for a moment while looking at Ruu’s doubtful eyes.

「Well, as far as I know, there’s a theory that I know for the method of returning a demon king after being summoned 」

「But, I have never heard about something like a demon king you know, do they even exist？」

「Oy, Eiji~i？………… Ha~, I wonder if I should make a demon king since things turned out like this」

「No, please don’t be so hasty, Ruu. Because it’s not funny if there’s a truth like “The goddess who is manipulating the demon king behind the scenes is actually an evil and false god” 」

I’m weak if you say it that way.

…Or maybe, it’s hard to have a serious talk with Ruu but, I’m really regretting that.

「Sorry, Ruu. I used it so casually and I didn’t think that it’ll turn out like this. I’ll try to do something about it, and get the way to make you to return」

I bow to her right away.

After I had bowed at her for a short while, Ruu tapped on my shoulder.

When I raised my face, Ruu’s smiling face, or so if you insisted on it, is looking at me.

「Well, fine then. I also forcibly summoned Eiji to this world and I’ll forgive you for being aware of your mistake too. Well, there’s no need to be flustered to find the way to return or the need to be looking for the way to return me in a hurry. Sightseeing the lower world after such long time doesn’t sound bad either, ri~ght~」

Ruu raised her hand from my shoulder and then stretched it upward with “Uh~n“.

Her pink hair is rustling due to the passing wind.

It seems I received her permission――

At that moment, Ruu’s drawn fist is heading toward my solar plexus.

But, I catch her punch with the palm of my hand due to my ultra-fast reflexes.

「Aa-! Why did you stop it. Wouldn’t the action just now will be followed by “Everything becomes even with this one punch“！ 」

Ruu put even more strength into the fist in my hand.

I’m really stopping it by using more than the necessary power.

「No, that’ll feel strange right！Because both of us forcibly summoned each other, I might end up on the losing side, right 」

「Because there’s difference in value between god and human. The weight of my fist is part of that difference」

「In that case, I think the different between god and human is as light as your fist」

We’re glaring at each other.

Before long, Ruu withdrew her fist and released a heavy sigh.

「Good grief. It’s impossible even for Eiji. He does lack a refined nature. Very well then, should I make him to show me around…」

Now she stretched her fist in front of my face.

Ruu’s grinned when I also bumped my fist to match her.

「Please take care of me then, Eiji」

Somehow, it’s feel strange but, well, I’m also enjoying it after being forcibly summoned to this world, I might be able to somehow manage this, maybe.

That said, I’ve another meeting with Ruu after such a long time but, I’m really surprised that this kind of skill exists.

With this, both of us, Ruu and me reached a beyond positive conclusion to enjoy this chance with a positive attitude and we are now walking toward the grasslands ahead of us near Laurel.

Ruu, on being summoned, is rather in high tension, she’s pulling the grass, sniffing the scent of flower, chasing after the cricket - she’s fully enjoying the meadows amazingly.

When I think about it, that God’s place was dull and simply just white. When you’re always in that kind of place, even this kind of place might become interesting.

When Ruu disturbed the clump of grass, a dragonfly of about 70 cm long fled from that place.

That’s right, another world dragon fly was a huge one.

We keep going toward the city from the meadows while making that kind of merry, after arriving in the city, I was walking around, touring several places along with Ruu.

Ruu was turning round and round as she was seeing the city with eyes brighter than those in the meadows.

Especially, when we go to the temple, she was grinning ear to ear seeing her own statue. Though she was appealing herself toward the person who was visiting the temple, I’m afraid that person himself didn’t believe her. I think that it is completely normal. [Note : There’s no way a Goddess would descend right]

We continue to go around the city for the second time while doing these kind of things.

Ruu’s talking to me with an extremely satisfied face,「It’s wonderful, isn’t it. It’s really wonderful when I try to come isn’t it. GOOD JOB Eiji!」

「It’s my pleasure to receive your praise」

This is my true feeling.

If I must say about a very bitter feeling, it’s because I’m truly regretting the fact that I forcibly summoned her.

I wonder if Ruu felt the same feeling about me when she sent me down to the lower world.

「As expected, that’s an awkward situation for us to be sleeping on the same bed right. Ruu will sleep here since it seems that you like this room」

Ah, there’s that problem too.

「Please use this for the time being」

I took out the common currency from the space bag. Various kind of coins like glittering silver coin and gold coin formed a small hill on top of the bed.

Ruu’s eyes are shining brightly on seeing that.

As expected of a God, she’s sensitive to offering money.

「You’re giving me this？」

「Yeah. Since I’ll be troubled if you have nothing on you and it’ll also multiply all by itself, so I still have some with me. Please use this as you wish」

「As I thought………… This is consolation money right, what a filthy man you are」

The moment when I reached my hand to the currency, Ruu seized my arm with incredible speed.

「Sorry. Since restraining the offerings from the believer is just too pitiful, I’ll receive all of your offerings without fail. Your faith, I’ll keep it in my memories」

And then, Ruu gathered the money, after which we went down toward the dining room of the inn to eat.