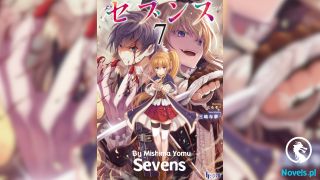 «I Leveled up from Being a Parasite, But I May Have Grown Too Much (Web Novel) - Chapter 50 – Self Proclaimed Disciple and Detestable Noble

「It seems that I must disagree at your words, Treize-sama. Despite being incomprehensible, adventurers are not of low birth. There are ones who dream to save people.」

「Seriously, you really are an unmanageable person.」

As expected, though Ally replied with a sullen expression, Grael didn’t care about it, shrugging his shoulders right away and reaching his hand to Ally’s face.

T-This guy, what the hell is he suddenly doing.

「If you act more woman-like without being infatuated by something boring like this, I would be delighted. How about it？ A dinner to celebrate our reunion after a while. Of course, in the nearby city which is not as rural as this city.」

「Thank you for your offer, but I refuse, Treize-sama. Since I have to report the completion of commission along with Eiji-sama」

Ally escaped from that hand which dangled in the air after a while and just like that shifted to my side. Grael started looking suspiciously towards me.

「Eiji？ If it’s a comission, then you’re an adventurer too?」

「Yes. That’s right. I came to this place along with Ally-san」

「Well, you should be thinking somewhere along the lines of looking good or currying favor to the nobles right？ Or maybe, you’re thinking about something vulgar when you see a female noble close by, aren’t you? That’s why you’re saying things like going along. Truly, what a vulgar guy. I don’t even want to speak even one word with someone like YOU. Ally isn’t someone who can go along with someone like you.」

The one denying isn’t me, it was Ally. Ally’s eyebrows raised as she said those words clearly to Grael.

「Eiji-sama is a splendid person. Both as an adventurer and as a person. I was also saved by him. Though I really didn’t want to talk like this, he understood me more than Treize-sama. He has more value as a human even than me」

Though Grael was taken aback, his hand touched his chin as if he felt displeasure watching the scene.

「It has nothing to do with the influence of house. The thing that I can trust till the end is his heart and his own power. I have seen that so many times.」

A dangerous atmosphere started to envelope them. I wish it won’t become a dangerous situation for me. I do not want Ally’s societal status getting worsened because she was covering for me and it also made me feel guilty.

……Maybe I must step out too.

「Grael-san, though I feel bad for this, if one receives a commission from an adventurer guild, till you complete that, there’s no need to know that the person is a noble as it has nothing to do with the commission. That’s why though we feel bad, getting that as the priority is our job. Since you know that now, will you give up?」

It seems as the effect of saying such words, Grael’s eyes are completely looking at me with his eyebrows frowning without hiding the anger in his eyes, as if those words were said on purpose.

――And, the silver armored knight beside him whispered something.

「I know that it’s already time, who do you think I’am！ ……That fellow called Eiji over there, you better remember this! You will regret the fact that you said such a cheeky thing you know? Aren’t you going to practice licking my shoes？ 」

Grael was leaving along with his subordinate while leaving such a remark. His irritation is plain to see even in his way of walking, very easy to understand. I’m sure that he’s the type who won’t feel satisfied unless things absolutely go the way he wants to.

Even if it’s suited for the other party, doing things like currying for favour in vanity is inexcusable for me. The other party is planning his action and must be waiting. As for Ally, that person was a troublesome acquaintance. Naturally for me too. I don’t want a silver armored knight aiming at me.

Whether it seemed to be linked by fate one after another with troublesome person (parasitizing), I’m stifled with self-mocking smile.

「His name is Grael Treize and is my acquaintance. Though it was from the time I went to capital academy, somehow he’s complaining to me for not suiting to becoming an adventurer. Moreover, the way he used his hand was also impolite. I’m embarrassed.」

Ally placed her hand on her cheeks, showing a rare fed up expression.

「There’s a complicated feeling in you too right. It’s more like pleasant-unpleasant-like though.」

「That’s troubling me. Since he’s someone who will try to do anything to his own satisfaction, it would become quite tiresome when he set his eyes on you. Leaving that aside, my apologies for being involved with me. I made you to offend someone Eiji-sama.」

After Grael left, Ally bowed very deeply along the way we were heading toward the place of the boarding carriage. I waved my hand.

「It’s nothing, it’s completely not like that. It was bad luck for Ally too. Well, I’m saved since it seems he had some kind of business to do, so I won’t be involved with him more than this.」

「Yeah. But just in case, please be careful, Eiji-sama. Though I believe that he is a sore loser, he might try to do something.」

Is it about the last words of Grael? He seemed to have a high pride, so he might really try to do something. Certainly, I’ll make sure to be careful. Ally was smiling when I nodded to her words.

「But then, if it’s Eiji-sama, it should end being countered even if he tried to do something. Rather than being harmed, my worry is that you’ll be suffering due to his scheme.」

And then after a while, we got on the carriage to return to Laurel. The journey towards Laurel ended without any trouble, we reported the completion of the commission in the guild. We received a record in the guild card when we were reporting, which reminds me, I have heard somewhere that this guild card was also a treasure originally. If I recall, it was something along the lines of it being an imperfect replica of a treasure capable of reproducing only one of the treasure’s functions. These things called treasures are of various types.

After receiving the report, we also received the remuneration. Though the amount isn’t that great, it gave us the feeling of “Mission complete”. Once I return to the inn, I’m just going to spend my days slowly after all.

And, when I left the counter, I heard a voice from beside the counter.

When I looked the voice, the one that came to me was a robed man with a loud voice.

Ah, certainly this man was the one on whom I latched my parasite during the time when I was strengthening with double Parasite.

「Even if you said thank you, I did nothing at all……」

「That’s not true！Aren’t you the one who gave me support during the difficult commission and helped me to achieve it? Moreover, thanks to defeating a lot of monsters with your help at that time, we are now even able to defeat a lot more powerful monsters which provide more higher experience than previously. It’s all thanks to Eiji-san!」

The man with the loud voice expressed his gratitude.

But, a heartfelt gratitude seems just fine though.

I did that for my own sake, rather, I felt grateful too.

「Nonono, it really is okay. I was saved too」

「Please don’t be so humble. Please look, thanks too Eiji-san, now I can do even such commissions！ 」

The robed man pointed towards the top of the counter.

At that place, there was a body hair of an ogre and something like clay of the mud demon. Along with it, there were heaps of raw materials that could be obtained in the second layer of Paienne labyrinth.

「Oh, though the one in front is a good match and more worthy as an opponent, it’s wonderful」

「It’s thanks to Eiji-san, you know. I received experience and I even learned the way of battle. I realized that I could become as much stronger as I want by utilizing a combination of skills. Though I can’t use many skills like Eiji-san yet, I can compensate it with magic tools and devices. Right, the human mind must be capable of devising solutions based on the circumstances. Though I’m not that strong, my way of battle is promising. That’s Eiji-san’s strength, the one I admire the most in this place. Thanks to that, I have reached the point where I can do collection commission in the second layer of Paienne labyrinth alone nowadays.」

The man’s prideful face is overflowing with self-confidence.

The effect of Parasite and its Parasitism is greater than what I thought. I’m a bit surprised that it developed till this point. It was beyond my prediction.

「I’m glad to have received such words. Let’s do our best together even after this」

「Yes. I want to reach the point in which I can hunt Cocy Wolf like Eiji-san soon. I’ll level up even more to repay the favour to Eiji-san」

「That’s impossible！ Because, I wish to express my gratitude！ That’s why, I will definitely become strong. Because I’ll end up losing my face if I’m weak even after being taught by Eiji-san！ 」

I caught a glimpse of a fist from his robe, and I saw him clutching his fist.

This person is extremely motivated, I wonder if he’s training a bit too much.

No, don’t mind him, don’t mind him. It’s a good thing for the city if he gathers a lot of raw material and becomes stronger, it’s a win-win situation as the experience easily enters into me too, that’s it.

「Ahaha, you’re exaggerating. Well, please do your best, but don’t force yourself to do the impossible」

I became his master before I was even aware of it. Why did it turn into such a situation?

When I left the counter and came out of the guild while still being bewildered by the unexpected situation, Ally was clapping with her hands.

「Eiji-sama is really a wonderful person. You are already taking a disciple practically as soon as you registered as an adventurer. As expected of you.」

「No, that isn’t it！ Rather, Ally not saying about this event as a joke is more expected！ 」

I returned to the inn while inserting a tsukkomi to Ally who was showing too much of her admiration.