Support
Random Novel
The Queen of Everything 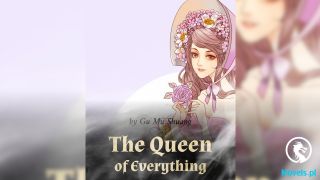 «I Leveled up from Being a Parasite, But I May Have Grown Too Much (Web Novel) - Chapter 51 - Kitchen Garden During the Holiday

Chapter 51 - Kitchen Garden During the Holiday

After separating in front of the inn with Ally, I returned towards the usual inn after such long time.

When I returned to my room, I exchanged a greeting with Marie who was sweeping the corridor with all her strength. I safely kept down my luggage.

Fuh, as expected, this inn is the best.

After sorting my luggage, I recalled the matter that happened when we were inside the coach.

Ally told the matter about Grael Treize in the coach.

He’s affiliated to what you can call as a secret government organization. The reason why he came to Snori might be related to that.

There exists a certain organization in the capital of Rain kingdom called the Secret Agency. It seems their purpose is for investigating and controlling things beyond human comprehension.

In short, they’re mainly investigating about things regarding dungeon, treasure, monster etc. The thing about them leaving so suddenly in Snori is maybe because they found the information regarding that demon lance, Blood Licorice. But for them, who came to Snori around that time, it might be due to a different reason. It seems they couldn’t just overlook the information that came to their ears.

It seems that the information piqued the curiosity of government official. It’s better if it’s not that unpleasant guy though.

Though it seems the secret government office is often involved with adventurers in many cases due to the nature of their job, according to Ally, it seems Grael is always looking down on them with such feeling.

Does he think that they’re similar to his own dog or horse?

I don’t want to have anything to do with him as much as possible.

In addition to that lance, there are several other types of treasures such as the Akasha pupil, the transfer crystal, the witch of black lily and so on. Those are kept safe with temple’s co-operation, though it seems more like they have been enshrined or more like being analyzed for the sake of gaining knowledge.

The pupil of Akasha became the base foundation of the guild card after researching one part of it. It could record every event seen by it. Transfer crystal is something that even I had used in the Paienne labyrinth.

I sit on the bed while thinking about a variety of such interesting things. Uhm, as I thought. The one here is a cheaper inn even more than the one I took in Snori but, as I thought, being in this place calms my mind. It feels just like I returned to 『My own room』.I lay my body down on the bed and slowly stretched my body.

I have magic tools too, not on the level of a treasure though.

Well, in case of ordinary magic tools, I’ll sell them to the magic tools store.

Yoshi, I’ll take a few days of peaceful holidays [rest day]. I borrowed one volume of book. And that was the book which depicted magic items or what you call as magic tools or treasures. There’s a saying that says one should go to the specialist for the best results. So, I borrowed this book while checking the situation on Phillipe’s side.

I’m absorbed in reading the book inside my room. There’s a rough description regarding the representative of magic item. It was very interesting. As a result, I had unintentionally completed it. I had loved these kinds of picture books since the beginning. The memory of reading illustrated books like the animal picture book has resurrected within my mind.

Ah, by the way, the progress of Phillipe’s work is splendid, looks like it’ll be completed before long.

The best mainstream for learning is the art of scrolls.

Various types of skills, such as ice lance, magic arrow, etc. can be sealed within the scrolls and can be used by invoking them. It is divided into several types. The advantage of a scroll is that it’s power is determined by the one who makes it rather than the one who uses it.

But the disadvantage is that it results in a waste of money when overused or so I heard.

Apart from scrolls, there are also other types of magic tools.

They can also be used to bestow various special effects to an assortment of equipment like sword, shield, robe, or ring. It can be used in various media, there are ones that still have their normal effect even if it is used on random items, there are also those whose effectiveness will increase or decrease depending on the user.

The way to use them when compared to scrolls is difficult but, it’ll be handy once mastered. Moreover, there are various types of magic items to use, of course, the ones that are useful in day-to-day life also exist. A lamp called magic lamp, a sphere called scarecrow to put on a barrier of vermin protection on the cultivated field are few such examples. It seems there are many wonderful high-class items too.

I closed the book while thinking about the wide variety of items present. Though the priority might be low since I can use various skills, if I have such useful items it’ll be helpful for sure. In other words, you can say that it’s “Convenience of the civilization”.

From now, it is time to think about how to effectively use them together with the skills that I possess.

I descend the stairs of the inn and continue towards the plot of land on the back of the inn. This place has been turned into a kitchen garden, the things that are taken out from from this place is served as the dinner in the inn occasionally.

I had also groomed this field several times during my day off to become accustomed to the inn. Recently, I was neglecting it.

I’ve gained a new skill of a new class after a while. Since that’s the case, it is just the right time to test it out. I’ve gained it recently but, it’s a skill of 【Farmer】class which is mostly unused.

When I studied about the magic tools, I realized that I also wanted to try to know what my skills are capable of. Since this is a good chance, let’s put it into use. If it can improve the quality of the soil, the quality of the inn’s meals will also improve.

In that place, one small scale of the field is producing a bad harvest, recently it has not been used to plant anything. I might be able to improve this field with skill. Okay, let’s try it then.

First I used the 【Examine（Earth）】 skill.

――I see, the humidity and the quality of the soil isn’t bad but, there’s no nourishment. That’s the reason why the plants won’t grow that much. But then, Marie had said that she had put in fertilizers in all plots of land similarly.

Could it be―― because of microorganisms？

In the story that I had heard long time ago, though phosphorous and nitrogen are seemingly important for the growth of the plant, the nutrients can’t be used by the plant if there are no microorganisms to cause that chemical reaction.

Though I don’t know the detailed scenario since I’m an amateur, it won’t go as planned to make it into a good soil when the number of microorganisms from the start is little.

To verify that, I decided to plant plants as a little test on this field.

Since I’ve 【Mastery of Farming Tools】, the way to use the farming tools will be ingrained in my body even if I have never done agricultural work, a flawless farm is complete and ready.

Well, because it was originally just a small corner of the of the kitchen garden, it’s not a time consuming work at all.

This is most likely a skill that transforms the nutrient composition that exist in the soil to the nutrients suitable for the plants. If the plants grow well using this, my guess regarding the decrease of the microorganisms who are responsible for the nutrients will be confirmed.

The feeling of slight exhaustion after using the skill came to affect me. This kind of feeling came only when meddling with the soil, as it was a big skill demanding quite an amount of magical power.

While my stamina decreased bit by bit, I confirmed the correction effect of 【Conflagration Field】 skill which I used against the demon lance sometimes ago.

Due to the effect of 【Conflagration Field】 skill, it seems that when my stamina and magical power is decreased by １／４ of its total amount, my ability will be raised by 30% due to the conversion correction.

If it decreases even further, it keeps increasing till it reaches 50% increase of the ability as it was the maximum possible. A splendid power correction indeed.

…… … Well, the next attack performed with decrease in power by same amount is also the biggest demerit. As a consequence, it becomes something like Final Attack. Since it’s a nice one for a finisher, it seems good to use when in need of power like the incident sometime ago[Blood sucking case].

「Well then, next is to examine how the soil turned out to be. Even if I say so, the effect won’t be visible right away. I wonder what will be growing out in a while…」

I returned to the inn again after leaving a mark on the place where I sowed the seed, while I thought about the fact that it was strange that I enjoyed it and wished to play with dirt again sometime later.