Support
Random Novel
Glutton Berserker ~The One That 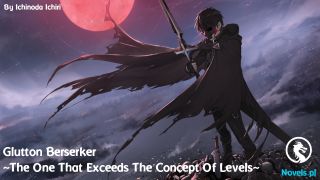 «I Leveled up from Being a Parasite, But I May Have Grown Too Much (Web Novel) - Chapter 49 – Dispel (Anti)

After I found the truth behind the bloodsucking incident of Snori village, I fell asleep right after returning to the inn. It felt really good after the puzzle was solved.

I was sound asleep until next morning. While concealing the truth regarding Risa Haruna’s true form, I, along with Risa Haruna, explained the truth of the matter to Ally and the person who’s apparently the chief of the village.

Their reaction was superb, they were grateful and warmly welcomed that news.

The people, who seemingly were in important position, said their gratitude in turn and furthermore they gave rewards and meals. Since I feel that it is not a big deal, I declined the reward. But, by doing so, I just increased the admiration of the other party on myself and they started to give more than before.

Therefore, I couldn’t refuse it. In the end, various types of vegetables, ham and bacon were obtained. I threw large quantities of those ingredients into my space bag.

After that, we decided to go back to Laurel. But, since Ally is doing a little tour around Snori before that, and because I am tired of the various things that happened last night, we decided to take a short rest.

It seems Ally’s touring the city with Mimy.

And then, I took a midday siesta . Since I woke up before the time of departure, I decided to tour Snori too.

On the way of such a carefree stroll, I saw something unusual. In front of a big building, an unusual arms store in Snori, there was a knight wearing an armor and helmet that was unusual for a place like Snori. The knight wore an extra armor polished in silver that I had never seen before. The knight obviously was not an ordinary adventurer, if it’s of the type that can’t be seen in this area, it might be a class that can’t be seen in this area.

I nonchalantly approach that knight and touch him, in order to try to attach the parasite as usual. But in that moment, an electric shock ran through me as if repelling my hand.

Though Risa Haruna’s face crossed my mind at that moment, this was obviously a different case. There was no lost response like that time, there was a reaction above the hand; something like a powerful electric current was rejecting my parasite. This is the first time I had experienced something like this. What was it that just happened? I can’t understand it.

Alright, if that’s the case, then I decided to ask him who seemed to be well-informed in magic.

There is a saying “strike while the iron is hot“, so I immediately left towards the inn in which Phillipe, the magic tools craftsman was staying at.

When I told about my personal experience, Phillipe immediately said the above words.

「Do you know dispel？」

「Yeah. It’s a skill to negating the effect of magic and curse, right?」

「Yeah. There is a tool which possesses this kind of effect. If the other party does not deliberately use ‘Dispel’ skill, then it should be due to this kind of equipment.」

Parasite is treated like a curse?………… It receives such cruel treatment even in this world. I really want to raise the status of parasite.

But, practically this is quite embarrassing. Because it belongs to the case where I can’t sell my best selling point.

「If you have a magic tool with the capability to counter spell, then it is reasonable to think of the existence of a tool that can act as counter for counter-spell tool. If you have the latter, invalidating the former’s effect is possible.」

「It’s alright to have that. Does counter for counter spell have the higher priority?」

「Nope, there’s rank even for that. Naturally the power of the stronger side will take priority. Naturally, the power of skill and magic also become relevant in this scenario.」

「I see, so it’s like that. So, it’s not that simple huh…If that’s the case, I’m relieved then」

As I was thinking while placing my hand on my chin, after a while, I took out the magic crystal which had been the core of demon lance, Blood Licorice, from my space bag.

In that instant, Phillipe bent his body forward.

I displayed the shining crystal in front of Phillipe’s eyes.

「Is it enough with this？ The magic crystal that you wanted…」

「It’s not a matter of enough or not enough anymore――I have never seen one with such high purity.」

Phillipe’s hand holding the crystal was trembling incessantly. I could feel his admiration; as expected of a magic tools maniac.

「Then, with this I think you can start processing the Manticore’s material. Though I was thinking of what to make with it, but now I’ve decided. I want you to make a magic tool which possesses Dispel(Anti)effect. It’s the most useful one for me, which will help me to break my opponent’s counter spell」

So when I make use of my parasite ability, I can make use of the skill to reduce the ability of my opponent like in the previous battle. I am glad that I decided what to make at the right time.

「Yeah, leave it to me. I’ve got the best material in my entire life as a craftsman. I’ll make the best item with it. Definitely! But Eiji, what the heck are you? How can you always bring material which I needed?」

「How can it be! … Fu~, whatever. I have no choice but to find about it myself if you’re not going to say about it… At any rate, if I’m sticking to you, I feel like that I can climb to a greater height as a craftsman. So, I’m counting on you, Eiji. Kukuku, Hahaha…! 」

Phillipe started to laugh in a loud voice. But, I’ll be troubled if you follow me at your own convenience, you know?

「I’ll start right away, Eiji! Look forward for it! 」

Phillipe, who is extremely tensed, started to collect his luggage.

He is already leaving the inn and it seems he’s planning to go to his own workshop.

I was astounded by the fact that there was someone who moves more faster than me right after making up his/her mind.

Even so, if Phillipe starts to work ahead in advance, I will welcome it rather than be complaining about it. I left the inn while expecting its date of completion.

After walking for a while, I saw Ally, who had seemingly separated with Mimy, walking alone. At the same time, I saw the two silver knights from a while ago too.

There was another one? Did they belong to some sort of chivalric order? Should I approach them? When I was observing both of them while thinking of such things, Ally rushed over when she found me.

「Eiji-sama, it’s such a coincidence, right?」

「Yeah. There are unusual people.」

「They are gentlemen wearing that armor…! Perhaps these gentlemen are the people who are dispatched from the capital. I have seen a similar situation in the past.」

I see…no wonder, the luxury of their equipment is different from any ordinary adventurer. Anywhere, a person who has a connection to the country is strong.

「A chance encounter…my luck might be good for meeting this kind of person in this place.」

Now that she said it, though we have been adventuring together until now, this time and in the case of the labyrinth, she was not around when I fought the big boss. Well, due to lack of coordination, I always end up going alone.

「I shouldn’t let dangerous monster to come out again, right?」

Ally looked at me with a reproachful look. Well, what if I told you that I was the cause for it… Oh? I saw the silver armored knights suddenly moving beyond while looking over Ally’s shoulders. The duo who were standing still suddenly bowed their heads.

I thought that it was an office building of an influential and powerful person in the city, but a blond haired youth with curled hair was leaving from there. The youth walked out without even taking a notice about those two. Or so I thought, when he suddenly stood still and looked toward us. Eh, why?

Taking along the silver armored knights as his companion, when he came in front of me, the youth smiled as he saw me, or rather Ally.

「It’s been a while, Grael Treize-sama.」

When Ally noticed that man, she turned around and bowed politely. It seems that he was Ally’s acquaintance, and judging from his atmosphere, a noble?

「To have a chance of meeting you in this remote region never crossed in my mind. Why are you in this kind of place？ 」

As the man called Grael said that, he looked at the surrounding scenery as if despising it.

「Ah, so you’re still trying to becom what they call an adventurer huh…」

Grael said those words with a voice loud enough to overwhelm Ally’s voice. Ally looked at Grael’s eyes in silence.

「I’m surprised, you know? For a beautiful and wise person like you, I still can’t fathom why are you doing these things along with people of low birth.」