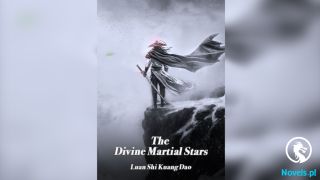 «I Leveled up from Being a Parasite, But I May Have Grown Too Much (Web Novel) - Chapter 42 - In the Ruins

「They’re okay even if bathed under the sunlight」

「That’s right. Though it seems that their conditioning the evening is better」

Ruu and me was talking about bloodsucking is told the features of the vampire in this world. It seems that somehow they won’t be instantly reduced to ash when bathed under the sun light.

「Thes, how about garlic and cross？」

「What is that？ Is that have something to do with vampire？ 」

It have no effect huh.

Well, the cross is strange story similiar to that of garlic. I wonder what is the origin of that story？

「Even so, vampire extermination huh. It doesn’t seems interesting somehow」

Ruu’s bending her body toward the terminal.

I nodding while stepping back a little. Though we’re not bumping at each other, we’re almost at it.

「Though there’s high possibility that it’s not vampires. I can give a hand if you’re interested in it. Well, I need to descend to the lower world」

「That’ll be troublesome, so no. It’s tiresome, so just read something or eat the offering in this place」

「What？ Even if I’m look like this, I’m doing my job, sometimes. Well, since you say so, at least do your best to not dying, Eiji-kun. Well then, see ya」

I stopped the skill to end the image of Ruu who’s waving her hand while yawning.

Though I feel that I couldn’t get the important information, well maybe that feeling just dissapeared. Well then, since I don’t know whether it’ll be snake or demon that’ll coming out, I don’t know what I must to do.

The next day, me and Ally’s leaving the inn right in the morning as planned.

We’re heading toward the ruin of Bald mountain.

Though we’re attacked by monster along the way, your average monster isn’t our opponent nowadays, we beat them with one hand.

And then, we’re arrived at the ruin while the sun still high in the sky.

It’s definitely a place that was befitting of a place to be called as “ruin”.

「This, should be called wreckage right」

「Yes. It’s not a mistake even the place is fitting that name. …………… It’s more tattered than our prediction」

「Yeah. Let’s start with above ground ………… aand, as expected there’s a need for that」

It’s appearing at the greater imp from the shadow of the wall.

One thing or another, it might be a fairly powerful monster. It doesn’t seems that it’ll be easily sensed by anyone.

We’re entering our battle stance and starting to investigating how to cut the greater imp right in half. We’re focusing our mind to studying the monster.

Though we’re studying it till the sun right above our head, we couldn’t find anything suspicious. In the first place the thing was wethering without leaving it’s former shape, as I though, the building was considerably broken before reaching this state.

Judging from the part of the remained structure, the people who used to live was quite wise ……… Or should I say it’s quite influence for vampire.

We found a doll that look like france dool or broken vase.

Though it doesn’t seems to hold particular clue for this kind of people.

After we’re investigating above ground plenty enough, we’re looking for the entrance toward basement.

The place was around 10 metres in the north from behind the stairs.

After we carefully moving it aside, a gaping wide hole appeared, the sun light is shining down toward the passage of the basement.

Yesterday, Risaharuna told us the detailed information about the ruin before we goes back.

(――I’m also examining that ruins out of curiousity. Certainly, I who’s an ordinary person couldn’t go to the place which become monster inhabitant. It was the information from document and my connection. Moreover, there’s also precious document and ornament in the basement, the entrance is ……)

She let out a sarcasm-like laugh.

She’s a mysterious person whose train of thought couldn’t be read.

We’re exchanging glance and nodding at the same time.

The stairs of the basement―― From here is the real game.

「It’s bento you know, packed lunch. We can’t fight if with empty stomach」

After choosing flat land, Ally quickly preparing the place and taking out a carpet from the space bag.

What a superb skill.

She made no mistake even at the long part where the adventurer passes.

I sit on the carpet and then taking out the portable food.

But, Ally stopped my hand.

「Please wait. I’m the one who will make the preparation today」

She then taking out many ingrendients from the space bag that was packed between the bread.

「It’s come to me yesterday. There’s a lot of wonderful ingrendients in Snori, especially it’s a long awaited adventure with Eiji-sama. That’s why won’t you let me to make the meal」

「Made by Ally, this」

「Yes. That’s why please enjoy it」

Ally spreading her hand as if showing-off her home made sandwich to me.

「Of course, let’s dig in then. Well then, at once」

I bite the sandwich with egg and vegetable between it.

Yup, it have no flavour.

When I’m asking at Ally face, she’s looking at me with both hand joining together with sparkling eyes.

What should I do, she really expecting my impression. [Note : Believe me, clumsy wife who can’t cook is the best ONLY in your IMAGINATION!!!, Just imagine that you got Himeji from Baka Test as your wife]

「E~h, right, the flavor of the texture is superb. You eat too Ally」

It seems that she’s somehow noticed it by herself.

She’s knitting her eyebrows in surprise.

「There’s abundant of rare ingrendients in Sunori, that’s why I’m thinking of enjoying the taste of raw material, and nothing else」

No, isn’t that a waay too much raw ingrendients.

Because there’s almost no flavor in it.

「So, Ally is thinking of making the flavoring by making the best use of the flavor of the raw ingrendients or something like that」

「Is that so!? I, I completely didn’t know since I never really cook. Eiji-sama also knowledgeable about that area huh. There’s still so much I need to learn」

Maybe it’s not just me who know it, everyone know it. I get feeling just like looking at something like rare boxed princess of nobility.

So Ally was hopeless in cooking ……………

「Please teach me next time since I’ll make it delicious. And then, I’ll make something delicious for Eiji-sama to eat」

Ally eyes that was looking at me, filled with fighting spirit.

But you know, even I can say that I’m yet to reach the level of retailing my knowledge. I wonder if there’s someone out there with cooking class.

In any case, the

any case, the taste is with only not just the flavor of the raw ingrendients, aren’t we lucky since we’re fortunate that she didn’t give too much flavoring？ It’s something that we could finished by strengthening our heart.

And then we’re back at the basement passage.

Since this basement is completely engulfed in darkness, I used the lamp magic.

It’s really great if we have no fire, the intensity of the light is also great.

Though the corridor is made of sturdy stone, each and every sound of our footsteps is echoing repeatedly inside.

「It’s very different from above the ground right, the condition is still pretty good」

「The condition is different since it’s not exposed to wind and rain. So this is what left」

Since even something like ancient tomb will keep it’s beauty even after more than thousands years if there’s no open air entering it. The erosion is efficient worker you know.

After advancing for a while, something like heavy door appearing on my right.

We’re pushing the door with caution.

The door is opened while producing “gigi” sound at it’s joint.

Both of us entering inside.

But, there’s basically nothing inside this room.

「There’s nothing here. The room is empty」

「EH? ………… This is like the sound of scratching something, right」

In that moment, the door was shut with huge sound.

We;re turning our head at the same time.

「I didn’t touch it too. Why did it suddenly」

The light of the lamo is starting to flickering.

The shadow and light projecting on the wall is undulatin, sometimes it’s become darker or brighter.

As if completely ridiculing us.

「Eiji-sama. Somehow I got this extremely unpleasant premonition」

「Me too―― the sound have returned and become more violent」

Suddenly The scratching sound is resounding again with rhythm ――.