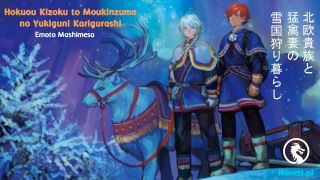 «I Leveled up from Being a Parasite, But I May Have Grown Too Much (Web Novel) - Chapter 43 - The Basement of the Ruins Isn't Enjoyable at All

Chapter 43 - The Basement of the Ruins Isn't Enjoyable at All

We quickly opened the door and leaving to the corridor.

The scratching sound vanished after we left the room, the light of the lamp also became stable.

We’re not encountering abnormality in the corridor.

“Maybe the problem was that room.”

“Maybe. Maybe………perhaps, something is in there.”

Both of us couldn’t tell what that something is.

After a silent agreement, we decided to forget the room that we entered just now.

After advancing for a while, we found lattice on our left side.

The interior is like that of a prison with French doll-like figures in it, their bodies also what you call sitting properly. Their fake blue glass marble eyes were shining beautifully under the illumination of the lamp.

But, what made it even more ominous was the fact that all of them were looking towards us.

We quickly averted our line of sight; it feels like that the moment we tried to touch the door at the opposite side of the lattice, something will move when we’re turning to look behind.

“……Could that just be my imagination?”

Especially when there’s no change at all.

Right? It’s just maybe right? The dolls are not moving at all.

“Did you do something, Eiji-sama.”

“No, I didn’t do anything you know. Let’s examine the room over there.”

I also entered the room, following Ally who was entering it quickly.

There is a chair, desk, and a shelf; there’s pots that are lining up on the shelf-karikari*. [TL* : SFX for scratching sound]

“S-Something is making a strange noise from inside the pot, Eiji-sama.”

While telling myself that, we tried to look into the pot slowly.

A centipede showed it’s face from inside the pot.

Ally pat her chest while releasing a long relieved sigh.

Then she quickly grabbed the centipede and throwing it aside off the shelf.

“Don’t hinder us since we’re gonna be exploring for a while.”

Then, Ally examined the pot.

She kept her cool against the insect huh.

Though I decided to investigate the drawer of the desk in the meantime, it seems I caught something that can’t be pulled out more than half.

I was thrusting my hand inside and groping around and didn’t found anything.

Something that feels silky and small is touching my hand.

Well then, let’s see what’s inside this drawer.

Extremely long hair was coiled around my hand.

Ally is rushing toward me, while I am shrieking away

Ally is trying to run away from the hair that was coiled on my hand.

That’s cruel; please get it off from me.

“It’s the voice of someone crying！”

It’s not the time for investigating the room anymore.

We hurriedly ran towards the door. We’re leaving to the corridor while somehow untangling the hair.

Ally was pointing at the lattice with a trembling hand.

Though I expected to see the doll in that place, they’re not there anymore.

I’ve had enough of this; I want to return quickly.

When returning, I’ll be too ashamed to Risa Haruna if I was reporting my resignation to the mission since I’m too scared of ghosts. I mean I have a pride around the size of broad beans*. Even a rat will bite back when they’re cornered. [TL*: Not too sure — 俺にだって空豆くらいのプライドはある。]

As if I’m trying to persuading myself, I say to Ally.

“Though you said that, it’s not simply disappeared you know.”

“……Yes! That’s true. Returning just because of that is a shame of an adventurer, right”

We’re advancing by sheer will.

Slowly and carefully with our shoulders sticking to each other.

Ally’s hand was tightly gripping on the sleeve of my shirt while murmuring those words.

Is she that scared of those dolls?

I received greater damage from the hair, though.

Let’s talk to her to try to distract her from the fear.

“Say Ally, are you weak against the dolls？”

Ally is slowly looking at me, the link to her ponytail is trembling slightly.

Then, after hesitating for a while, she spoke.

“There was a lot of dolls in my house due to my mother’s hobby.”

“Your house was a noble house huh. So she’s gathering a lot of cute dolls right.”

As expected of the little sister of Cole Eunus, Ally’s mother.

The spirit of a collector is inherited by her.

“Perhaps, I think it was of good quality. But, the reason why I’m scared. They’re completely human-like.”

“Ah, I know your feeling. I also won’t be able to calm myself if I’m looking at such dolls in the room.”

“Right！ ……My apologies, I’m too excited. Many of those dolls also placed in the corridor. A lot of them lining up side-by-side in the display case. Those dolls that lining up in the interior of the lattice from before are always staring at the people who walk in the corridor.”

“That’s a little scary. Moreover, since it’s a corridor, we absolutely won’t be able to escape if it comes to life.”

Ally who agreed with my words fell into a brief silence.

Her gaze swimming left and right as if hesitating, then strongly clutching her hand in front of her chest.

Though she did that for a while, she then taking a deep breath as if decided in something and opened her mouth again.

“Then, it was during a certain night――”