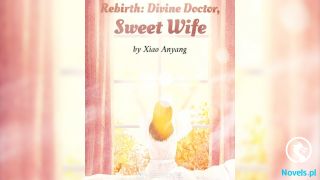 «I Leveled up from Being a Parasite, But I May Have Grown Too Much (Web Novel) - Chapter 40 - Vampire Sunori Village

「So you are the adventurers who received the request?」

「Yes, we heard about the blood sucking incident」

It’s not big but the client lived in a well made house. The client lead us to a living like room, and then she serves us tea.

Speaking of the client, Risaharuna is a bit older than me, it has the mysterious feeling of a widow landlord.

「What I want to request of you is, the investigation of certain ruins in the east of the bald mountains」

「Bald mountains… Ah, so it’s there」

「You know about it?」

「Yes, in my last request I went until the foot of the mountain. But at that time I didn’t see anything similar to a ruins」

「It has to be because you saw it’s in the opposite side of the slope looking it from Sunori. I want you to confirm that a vampire doesn’t exist」

Eh, but, I have to prove that it doesn’t exist?

「It seems that you are having doubts. But, I didn’t say anything wrong. I believe that a vampire is not the criminal in this incident」

According to what Risaharuna explained, a splendidly mansion formerly existed in the ruins of the bald mountain with a vampire living in there, such legend was in Sunori.

But, since the place became a ruins, the story of a vampire living there began to circulate. Even so, it’s not like something had happened until now.

She is right, it’s a strange story.

If a vampire were living there, then a similar event might have occurred before.

Besides, it’s strange that it only started to live there after it became a ruin.

「Indeed, it makes no sense」

「Yes. In first place we don’t know whether a vampire exists or not, but even if it exists, it was in the past. It’s rational to think this incident has nothing to do with it. But, when a person is convinced once about such things, it start to exclude every other possibility, such are the stubborn person」

Risaharuna sighs as if she was astonished, then she began to stare me.

「Speaking about the other client who has gathered all the farmers, I want you go there and make him realize that something like a vampire doesn’t exist」

「But would he believe me? It would be better if the person in question goes there?」

「He can’t go due to fear. Because this time the victim was a person」

It’s impossible for a person who thinks there is monsters to go there.

「Therefore, if you two come back safely, we will know that the vampire didn’t exist or that it was defeated. One of these two results」

「And if we don’t come back safely?」

「I will offer at least flowers」

Risaharuna looks towards the scarlet flower in the vase.

Please stop with your bad jokes.

But well, honestly I don’t think it exist so there is no problem.

I wonder if the cause is something else?

「Assuming that the ruins are not the main cause, then I wonder what it could be? I wonder if it’s okay to not to look for it?」

Rather, I’m now curious about it.

What could have happened since I left this place? What could be happening behind the scenes? It has aroused my curiosity.

「Naturally, I also want to know about it. It really save me troubles that you noticed it」

Risaharuna grins and lift the corners of her mouth.

A smile with a sense of not being afraid.

「I believe the ruins are related. There are undead and other monsters in that place. The miasma is thick. Therefore, there has to be a certain relation. I want you to bring whatever thing you are able to find that could become a clue. And I want you to inform me about whatever detailed information you get. This is my request」

「I understand. A variety of things to investigate. Please look forward to it」

「I appreciate it. You will find a basement when you go to examine the place, and I have also heard that there is a coffin in the interior of a certain room. I want you to cut down or break the coffin so to bring with you a recognizable part of it」

Ally and I nod.

But then, Ally opened her mouth.

「It is regrettable that there isn’t a high probability for a vampire to appear. Even though I was curious about it. I wonder what kind of feeling you could get if your blood is sucked?」

「Yes, a little. I have such nature that makes me have interest in rare things. Even if it is only a little, you do not want your blood to be sucked, Eiji-sama?」

So there exist people like her that says such dangerous things.

I’m glad that there isn’t a vampire.

「Fuu. What an unusual adventurer. I will pray for you to be able to meet with a vampire」

「No, please you don’t have to pray, really」

Risaharuna laughs again, and then she began to tell us the details about the place where the ruins are.

Ally and I left behind Risaharuna’s house after she finished telling us all the details.

After that we began to choose the innーーThis time we chose a considerable good inn. With bath attached.

I had Ally with me, the young lady, so I thought that I had better make some strenuous efforts in choosing, but it seems that she is not worried about such things.

She even said that it would have been okay to chose a cheaper one.

But even so she didn’t gave the feeling of wanting to search for another, but I guess that it’s because she is aware of the rare things I sold to Coru and the raw materials I got from the strong monsters in the labyrinth.

We know how warm are our pockets, mutually.

In addition, I have with me the 【Parasite・Gold】 skill.

It’s only that there is something I’m curious about the 【Parasite・Gold】skill.

I can obtain money, but this money it’s not from somebody, it’s money that suddenly appears.

Speaking of money, it’s probably that even in this world there is a certain amount of money made and circulating recognized.

However, the money made by my skill exceeds their program, money that it should not exist originally.

So I start thinking, it could not cause some type of impact if it enter into the market?

Although I say that, no one would be able to notice the small amount of extra money that flows in because of me, it wouldn’t have any effect.

But perhaps it would be better to think before using this to create an amazing amount of money, I thought.

If a lot of money of unknown origin suddenly appears, it could be possible to influence the economy, but before that happens I could be put under suspicion.

Therefore, I don’t plan to spend more money that what I’m able to obtain for the moment. For example, I will not bring out money even if it’s for the search of the magic crystal not found yet. Of course, it would be okay if it’s not much.

My daily life doesn’t need so much money, and it’s not like I would be suspected or wreak havoc the economy by spending money for the fare and the meal fee of the wagon. If I keep my daily cost like now, using the money in moderation, I would be able to live without worries.

For example, if it’s to the extent of staying in a good inn in an occasional outing.

Hence, it is likely that I will not fall under any curse if I only use this amount, today I will permit me stay in this lovely inn with a garden and exterior.