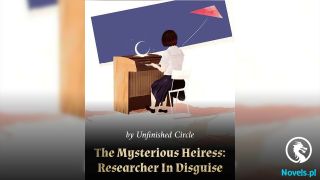 «I Leveled up from Being a Parasite, But I May Have Grown Too Much (Web Novel) - Chapter 39 - Probably of Four Acquaintances Meeting Is Unexpectedly Low

「Fuu, I have come back to life」

Our stiffened bodies loosened the moment we reached Sunori’s entrance.

The other clients who were riding the wagon with us, were in a similar way as us, stretching their backs.

「After coming here at last, let’s hang around a little? We have some spare time」

「Yes, let’s do that. I also want to see what there is here」

Before going towards the client’s place, we decided to wander around Sunori.

After speaking to Ally in the wagon, it seems that it’s her first time coming here.

「I came here before, but let me tell you, their sausage was quite delicious」

「That reminds me, a lot of pigs and sheeps are kept here」

「Yes, yes, it’s their speciality. Want to go? Rather, you absolutely must go」

「Certainly. I will welcome with my open arms whatever is delicious」

Thus I guided Ally to the stand I visited last time.

Regardless of the reason, I wanted to eat it once more. It’s really delicious.

But at that moment, I heard a familiar voice come to me.

「Deliciou~s! This is delicious no matter how many times you eat it, isn’t it George? 」

「It is. However, is it not a little too much eating three?」

「It’s alright, it’s alright, no matter how many times you eat, something delicious is delicious. AhーI’m happy, the third time makes one happyー」

The ones speaking were of course Mimi who had her mouth filled with sausages and George.

I hastened my pace and then I called them.

「Oh, is It not Eiji? It has been a long time. AlsoーIt can’t be that you are the one I met from the labyrinth?」

George and Mimi turned their face towards Ally.

「That is correct. We came here after receiving the request from the adventurers guild. I am called Ally=Duo. It has been a long time」

After Ally finished presenting herself, I told her about our recent spider extermination.

George and Mimi thanked her again for what happened in the labyrinth.

It seems that George apparently knew about Ally being an adventurer even though she was a noble. He also knew about her relation with Coru, but even so it seems there is a considerable amount of people who knew about that too.

If it is so, then it’s not rare at all being known.

Afterwards, when I talked about the reason we came hereーー.

「It’s the same with Eiji? Us too. But in our case, our request was to protect the village from someone who is attacking at night」

「It’s like that, so before taking a nap until the night we are filling our stomachs」

To the action of Mimi knocking vigorously her stomach with a ‘Pon’, Ally laughed strangely.

「As for Eiji and I, we came here to investigate with the intention of solving the problem. We are going to learn of the details after this, but it appears that there is other people who are trying to solve the problem with a different approach」

「So it seemsー. Hm~… Even if our request is at night, it is still a bit early to go to sleep, is it? What are you going to do after this Ally?」

「Since I am not familiar with this town, I was thinking of visiting several places. After having traveled a long way to come here, it is not sufficient for me to only complete the request from the adventurers guild」

Mimi advanced rapidly through the aligned stalls as she pulls Ally’s hand.

Unexpectedly it seems that those two get along well.

I looked towards George who was left like me.

With a serious face, George turns his face towards me.

「Sorry Eiji, but let me tell you that I don’t have any intention of holding hands with you?」

After that we started sightseeing around Sunori.

It must be because this city doesn’t have a adventurer’s guild that they sent their request to Laurel. Moreover, there was almost no armor shops here.

But even so you couldn’t feel any inferiority in the daily necessity stores compared to Laurel. There is a somewhat big plaza with fishes running free in pond for enjoyment, so although it’s called a village it’s not like they are not quite developed.

A field extends in the surroundings of the village, a great number of cattle is being raised.

Quite a good place to live.

Walking around the edge of the village, sheep and horses were eating grass, while observing such peacefully scenery, we were eating the same thing they had bought.

「So is this, would you like to try one, Mimi-sama?」

To Mimi who was putting sauce in her mouth while eating a meat pie, Ally recommends a vegetable pound cake.

However, Mimi shook her neck fiercely.

「Ah, could be that you dislike it?」

「A carrot is impossible, absolutely」

That vegetable pound cake had a faintly orange color of a carrot on it.

At glance it looks considerably delicious and if it’s carrot, then it has a considerable amount in it.

「Mimi, It’s time to once and for all to lose your habit of picking food. Didn’t somebody say that an adventurer can eat anything?」

「I would rather die on the road than eat carrot!」

Ally says ‘if that it’s the case’ and look towards me.

「Eiji-sama is okay with this kind of food?」

「Yes, I’m not picky about food」

「Well then, please try eating this by all means. It is really delicious, truly」

Let me see, I cut a slice of the vegetable cake and threw it in my mouth.

Oh? It has a mysterious taste. The bitterness of the vegetable and the sweetness fit perfectly, I don’t know why but it’s delicious. So there are foods like these.

As I was enjoying the village taste, a horse’s eyes and mine met.

When I look once again, the horse is making a somewhat clever face.

Those were the eyes of a grieved philosopher.

That reminds me, long time ago I also read philosophy books.

In my highschool days, I remember reading books such as Kierkegaard or the Nietzsche’s Japanese translation, without understanding their meanings.

If you don’t understand the culture’s place or the period, that sort of things, then you wouldn’t be able to understand them at all. It would have been enough to honestly buy the explanatory book, but at that moment I was infected with the notion that the best and coolest thing to do would be to buy the book as they were.

I’m curious about why people feel like they had become smarter if they aren’t able to understand? No matter how you think, those who understand are those who became smarter.

While I was having such thoughts, it became something so philosophical, Ally began to talk to me after looking in the same direction like me.

「There are a lot of crops and livestocks products, it is not that right?」

「A bread that has ham in between, cheese and vegetable, I like this kind of thing. However since we are here, it must be absolutely delicious… Ah」

The moment when Ally was about put the sandwich-like food that I passed to her in her mouth, as if something had occurred, she stiffened with her mouth open.

「Something on your mind?」

Ally relaxes her cheeks, and as she wanted to deceive me, she gulp down the bread.

I’m sure that she is up to something with that face.

What could be she planning?

When I was thinking, George stood up.

「Then, I’m full, let’s slowly prepare for the night and go to sleep?」

Mimi stands up while making a big yawn.

In the end they have to get up the moment it’s night, if they don’t go so sleep soon, I have no doubt they will doze off at night.

It’s also time for us to go towards the client’s place.

If I’m not mistaken, the name is Risaharuna.