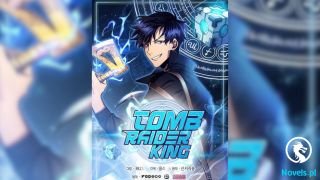 «I Leveled up from Being a Parasite, But I May Have Grown Too Much (Web Novel) - Chapter 37 - Growth

After that we continued working hard in dealing with the extermination of the giant spiders.

There were other monsters besides the spider but as we defeated them as well, a few days passed while we continued changing places.

Making use of their reflection of what happened on the first day, George and Mimi always stayed near me, observing the monster’s movement in detail for the moment when it’s their time to act.

Safety first, as I expected, this is the basic.

I tried using the parasite skill on the monsters we met on our way, but like always without any reaction, the light disappeared together with a feeling of being misfired. I thought that it was possible to do it because I was able to do it with the summoned beast, but it seems that there will be no development in particular where I will be able to suddenly do it because I leveled up.

thinking for a moment about how delicious it could have been to parasitize a strong carnivorous monster, but I have no choice but to continue parasitizing humans.

Doing this and that we continued defeating the spiders and other monsters, and finally we completed the request.

The only thing left to do is to report to the client and return to Laurel town, but after passing great troubles in coming here, I will buy and eat the Sunori special product; a sausage, before returning.

It seems that the sheep’s here are delicious.

「Uwaa, juicy! The meal after the request is delicious!」

Using the skewer to pierce the sausage that was served, Mimi started filling her mouth after blowing on the food with a ‘Fuu Fuu’.

I also started to eat without delay… Wow!

It lives up to its reputation, it’s delicious. The feeling of tearing apart the tight skin was pleasant, the flavor was confined strongly inside the meat. Even though it looked like ketchup, the strong point of this sauce produced in Sunori was its sweetness, and it suited this food the best .

Now I will have to return occasionally to this village even if I don’t have any request to do.

After having enough of the speciality, we returned to the guild in the same wagon that we came in in order to report the request.

I firmly refused part of the reward since my payment was making them looking for a magic crystal.

Because, I have【Parasite・Gold】, you know?

Rather, I’m sorry for being the one who receives the most.

A superb result, I think that I can say that my plan for first campaign was a complete success.

「You are really okay with this? You are even giving us part of your reward」

In front of the guild, while touching his beard, George asked again.

「Yes, it’s okay. Instead, if you happen to find what I asked for, I want you to hand it over me without fail. It’s like an investment. Because if I think about buying it normally, it would be even more expensive than what I get for my reward」

「In other words, you are gambling on us. In case we don’t find it your loss will be the reward, but if we find it, your gain would be what it would cost you to buy the magic crystal. Interesting, I like those kinds of things. Eiji, I’m sure that we will find it. George, you have to do your best」

George grabbed the head of Mimi who was beating his chest with a ‘don don’, and used an iron claw to finish.

「Mi・mi・, you are the one who has to do your best! Because he even saved your life. ーEiji, you can leave it to us. We not only were able to finish this request, we were even able to improve our strength thanks to you, Eiji. Now this power will even help us with our explorations」

「Yes, yes, even I was surprised by the suddenly leveling up. This is awesome, the effect of defeating monsters above our rank. And Eiji who is able to defeat such monsters is even more amazing! Also, thank you. You saved me. You were super cool」

After removing the hand from her head, Mimi started laughing while exposing her protruding tooth.

The stimulation of being said that so straightforward is too strong.

But as one would expect, being told that by a teeneager doesn’t look good— No, wait, maybe because it’s a different world it’s okay?

No, no, saying that I was cool when I saved her has to be like when a electrician fixes a short circuit. I don’t have to misunderstand that and be so cocky.

You need to be careful when saying things like that to an unpopular guy because then it will become something troublesome, you don’t want that, Mimi?

After calming myself down, I told them to call me again if something come up again before parting ways.

At any rate, the double parasitism went well.

Even though for a moment it was dangerous, thanks to Mimi and George leveling up without stopping I also was able to level up.

Now these two will make even more progress in their daily adventures as adventurers since they have become strong, so when I parasitize them again in the future the efficiency will go up.

If I do this with the other classes I want, then it’s perfect.

It’s time for Veil’s results of her investigation to come up… Fufufu, Haaahaaha.

After returning to the inn in a very good mood after a long time, my dinner was more luxurious than usual after telling them that I had finished my request. Thank you, old man from the inn.

Next day I called Veil when I got to the adventurers guild.

After giving my thanks to Veil, I listened to her talking while I gathered all the information about the classes that I already know and then decided on who I was to choose.

So like I did with George and Mimi, I approached with a proposal and started the strengthening strategy.

Of course, there were some who rejected me, but after paying a little extra money or going with people who wants the same things as me, after saying that I would help them, I was able to gather a considerable amount of people to collaborate.

This was my first time doing something like this, but everything went quite well.

Because everything went well I was able to raise the level of the people who collaborated with me a lot, and so I also grew considerably. It went much better than what I expected, so accidentally I let out a chuckle.

I continued following my plan for a while, so I was able to raise the level of a splendid number of classes.

I think all the classes that could be possible for me to level up in this town (that I’m aware) with my double parasitism were mostly leveled up.

Unexpectedly, the variation of classes between the adventurers were not so many.

There were a lot of adventurers with the class warrior or mage, but few had noncombat class or unique ones.

After all, people work according to what suits them, adventurers who fight mostly have miner or farmer classes, that means that people who have almost no potential would not even try.

But well, I’m sure if you have a farmer class you would be doing better in agriculture, rather than being an adventurer.

While I was lost in my thoughts thinking about all my accomplishment until now, I saw Ally’s figure.

Sometimes I catch sight of her, and sometimes we pass each other when I look to cooperate with others in a request, so I’m wondering if she was training diligently until now?

For a moment while I remained looking at Ally while thinking, she turned around and our eyes met.

Ally stopped moving, and then she fixedly stared at me.

With a smile on my face, I raised my hand and started waving as a greeting.

But then, Ally started to approach me slowly but with big stride.

At the next moment, she stops just in front of me with her lips closed tightly and with a horrifying expression she stares at me.

Eh, what, what is happening?

Did I do something wrong?

「Why I was not invited?」

「You completed request with other people, you explored the labyrinth and you even went adventuring, but why you did not call me!?」

Ally who was intensely and perplexedly staring at me takes a deep breath, but since she wasn’t able to suppress her reason and anger, she said it with a furious sounding voice.