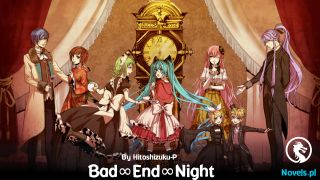 «I Leveled up from Being a Parasite, But I May Have Grown Too Much (Web Novel) - Chapter 36 - Attacked Village Surino

The aligned buildings were small compared to Laurel.

A vast field stands out, I’m passing through the grasslands near the town while the cows and the horses were eating.

This is the Sunori village.

The place where Eiji together with George and Mimi came to complete the request they accepted.

「It has been three hours in that swaying wagon~ We have arrived at the Sunori village~ We have a strong supporter, so today is going to be completely safe, an easy victory~」

「It’s not strange. I thought about becoming a singer if I didn’t make it as a adventurer!」

George looked towards me and shrug his shoulders.

It seems that these two people are always in high spirit.

After reaching a mutual agreement, immediately we received the request that these two had in mind, and we came to Sunori the next morning after procuring one wagon.

When I got off the wagon, I completely stretched my body.

It was enjoyable to see the scenery like the grasslands, forest and rivers in the swaying wagon, but being confined in the wagon made my body creak.

Fuu, the sense of liberation is irresistible.

「Then, let’s get going to the client?」

Taking the lead, we went towards the client’s house.

Even if I said that this is a village, it’s not to the point that it feels like being a rural area. A difference from Laurel, the ratio of fields and cattle here is increased and the overall of shopping districts and the like was made in small scale. But I’m relieved that it’s not to the point where I will have problems staying here.

According to the map, we went towards the client’s place and heard the full story.

The officer, the one who established something like a union of agriculture in this Sunori village, told us that such incidents where the cattle was killed is happening recently and frequently.

It even appeared to have injured people.

The request is to strike the nest where the monster resides, but it seems that this monster is quite a strong one according to what the client heard from the one who witnessed the attacks.

As he knew from where it came and like the saying, ‘strike while the iron is hot’ we immediately headed to that place.

「What do you think, Eiji? You think you’re able to do it?」

「Yes, if it’s like the information, then I’m completely sure. I have fought against a big spider before」

「So you fought against such disagreeable fellow, eh, Eiji. A giant spider pierced the horse’s neck with a needle and started sucking its fluids! …That had to be very frightening」

「You have to use your head a bit more, Mimi」

Being said that by George, Mimi shows ‘Hii’ teeths.

George is a bearded man in the prime of his life, and Mimi is a petite girl who changes her expressions frequently, a girl in her teens.

These two are like cousins separated by a large age, it calms you down.

If you speak of two people.

「By the way, the other two? I forgot until now」

While walking toward our destination which was on the side of the mountain, I asked.

I remembered that the last time they were a group of four.

「Ah, we were four people in the labyrinth, right. They are doing a different request by themselves. They are collecting shells at a lake near Laurel. WellーIt’s not like we are always together even if we get along well. We form groups between us depending what request caught our attention, something like that」

I understand, they form a group of four people when they are going to do a big job.

Before was because they were are all excited about capturing the labyrinth.

This time, these two are forming a group, the thief Mimi and the miner George. A useful class even if you exclude the combat side, let’s put fully into action the parasite class?

After walking for awhile, we finally arrived at our destination, the foot of the bald mountain.

The giant rocks were rolling, in the ground there were strange profunds dents and the like, and even though it wasn’t a forest there was considerably number of blind spots.

The ground was soft sand, so it was not easy to move around.

The giant spider is a monster that appears in the Paienne Labyrinth’s second layer, a fairly formidable enemy for both of them.

「Be careful. It may appear suddenly and the ground is bad」

Both of them nod to my words, they took their weapons and they put on guard.

I also look to my surroundings carefullyーーI see, so it already came?

Noticing the sand at my left side rising, while looking at the rock, I point towards it without speaking.

While making faces of being surprised, both of them head towards that place with weapons in hand.

At the same time the spider shows its appearance, I kicked the ground.

It’s difficult to bring out speed in this soft sand so I kicked the rock while being on its top, and with a second kick from the rock, I charged towards the monster’s body.

Without giving time to the monster to attack, I cut more than half one of his eight feet, I crushed its fangs. A green fluid scattered.

Watching my movements in mute amazement, both of them headed towards the spider in amazement.

The spider struggles, but in its current situation where it lost its fighting strength, George and Mimi were declared as the winner. There was a part where they were a little afraid but they were able to easily and safely defeat the enemy.

「We did it! We defeated it, and to such a monster!」

「Yes, I was surprised. I saw a similar fellow in the second layer of the labyrinth but this was bigger」

Both of them look to each other face not believing what happened.

Then I turn my head towards them.

「As I expected, nothing is like actually seeing it. In a blink of an eye you cornered it to the verge of death, Thanks to Eiji even we were able to fight against this monsters, you really are a formidable guy」

「No, it was nothing amazing. A big part of that was because I took it by surpriseーーIt came again」

This time the giant spider appeared by the shade of the rock.

The monster shot a thread but because the speed wasn’t so great I was able to evade it easily.

In the same way that happened before, to let these two deliver the final blow I crush several feets and fangs leaving it incapacitated.

「Good. leave it to me. I will finish it again!」

Mimi immediately retort me, currying favor with me.

The compound eye was torn up with the dagger, she shows me a triumphant smile.

But at that moment, the spider raised its good foot, and its sharp tip it’s pointed towards Mimi.

Reacting to George’s voice, recognizing the danger, Mimi opened her eyes in astonishment.

But I already had begun to move.

It seems difficult to stop it with the damage that the magic arrows do.

So I will stop it face to face. Accumulating the skills 【Boost】,【Speed enhancement】 and 【Sylph】, I speed up and I appear in front of Mimi. I stop the giant’s spider big foot with the stomach of the sword, and without changing, I cut it and it flew away.

Mimi brandish the dagger with all her strength and without changing, she thrust the dagger until she tears the mouth. The giant spider started convulsing, and this time surely it depleted all its strength.

…Sigh, thank god I was able to reach in time.

I leaked a big sigh.

I failed by letting this become a dangerous situation. Maybe I needed to weaken it a bit more. I made it so to not finish the monsters, but it seems that I need still to consider its condition. Safety first.

When I was thinking things like that, I noticed Mimi staring at me. I opened my mouth.

「I’m sorry, I let you experience something dangerous」

「Why is Eiji apologizing? I was the one who relaxed the guard」

「It’s because I was the one who invited you all. To a dangerous request above of your rank. That’s why I don’t have other choice but to pay more attention, and because at first everything went ok, I relaxed my guard. I will be more careful from now on」

Saying that, I bowed.

When I lift my face a little, I saw Mimi staring at me with a face who seems to be angry and about to cry.

「Uuー Idiot, idiot, don’t apologize! Because I was who relaxed her guard. Because you, Eiji were really cool when you saved me」

She started fiercely beating her chest.

At the same moment, George tap my shoulder.

「That’s right, it’s not something for why you should be bowing. It was possible to finish it with her ability in that moment. But that happened because we relaxed our guard after our first victory. I too, because I was careless seeing that I wasn’t following Mimi. The ones who will have to be careful this time, are we」

「…Thank you, George, Mimi. You are right, all of us should concentrate. There is never an easy request」

George and Mimi nodded together.

At the same moment that a display indicating that she leveled up, she raised her voice.

「I also raised my level just now, how is it possible to growth so quickly? When defeating monsters like these」

「You are a such self-interested gal. You have to control yourself」

「I already know that. Let’s go Eiji, let’s go with a bang」

Mimi got in a good mood after leveling up? Grabbing my hand, she pulled me towards the depths of the rocky area,

Even though there was a little accident, I’m leveling seriously and moving forward with the request at the same time. Let’s continue going with this enthusiasm.