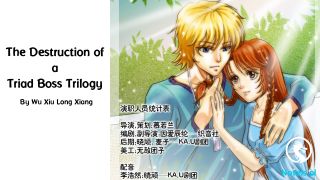 «I Leveled up from Being a Parasite, But I May Have Grown Too Much (Web Novel) - Chapter 32 - I'll Take a Break for Today

After finishing my walk with Hana, I returned to the inn.

After spending a great difficulty I passed the mushrooms to the old man of the inn, and he made me spaghetti filled with plenty mushrooms. A soup made with plentiful cream and cheese, and even a mushroom with a strong smell that doesn’t lose with the others, combining the three, it becomes the delicious Trinity.

When I was enjoying the texture of the crispy mushroom, I thought for a moment that it was a waste to not sell it.

So for now I will preserve them in the space bag, as reserve.

Now that I’m filled, feeling good I laid down in the bed.

The next day, when I woke up, I ate mushroom soup as breakfast.

As I expected, eating something warm in a morning when the temperature is low is what heals you the best.

While eating, I thought about what I was going to do today but…

Yes, I was thinking about doing nothing today.

Recently I’ve been very active, so I want to take it easy today.

I went back to the bed and when I woke up it was already noon.

I was bored so somehow I started to putting in order the contents of the space bag.

Now that I have free time, I enter in such state that it gives me the desire to sort the inside as if it was a folder on the pc or sort them by height leaving them beautifully aligned.

Even though the capacity of the space bag has considerably grown, it’s a waste to put unnecessary things inside, so I left those things together in the inn’s room and then I started to organize the things.

Ah, why are there three scissors? I’m sure that I forgot I bought one and went to buy more.

Why the hell and for what motive am I storing a tree plank?

Ah, there are some delicious baked sweets inside. Yes, they are delicious.

I sorted the necessary things and the unnecessary ones, and then I stored the things I don’t need to bring on a simple shelf of wood over the wall. I even thought seriously about the order of the things, it’s perfect…!

While seeing the bag and the room which had been cleaned, a sense of accomplishment wrapped me. I threw myself into bed.

At that moment, I wasn’t able to endure it more.

While I’m lying, I inhale the smell of the freshly clean room. Is there anything more beautiful than this? I’m sure there isn’t.

I stayed the same way as I was, lying on the bed while chewing the happiness.

I kept lying there for a long time.

Doing nothing for almost thirty minutes, I opened and closed my eyes continuously while lying.

…Suddenly, I got up.

Trying to sleep without doing anything is as one would expect, boring.

I want to do something but, there isn’t nothing specially at the moment in my room to kill time.

What can I do?

After thinking for awhile, I left the inn and headed towards the block where numerous shops are aligned.

But today wasn’t the same Iron Block as before.

It’s a shopping district that was not given specially a name. By not giving it a name, it has nothing particularly special, there are only various normal shops selling daily necessities side by side.

My aim is a certain library.

Inside the store there is a big shelf, and there the books are aligned, some of them are a little dirty and torn. Even though there are arranged utensils and they had traces of being of high class, it seems that they were not being maintained.

It seems that books are high-class goods here, therefore, the masses don’t buy them, they borrow the books. But even though it cost a considerable sum to buy one, borrowing them doesn’t cost so much.

It’s four silver coins in total for borrowing three books for a week.

Still it’s more or less expensive but if you buy them it will not end in such low price. I think the price will multiply by ten.

The book I opened when I returned to inn was a picture book about the different monsters and wild animals living in this area.

The book didn’t have color images, but it had the well-known Laurel Wolf and that fast rabbit which could run fast and even more pictures of monsters I had never seen before.

What was impressive was a monster that looked a giant beetle. In the reverse of the book there was a picture of the belly of the beetle making me remember how disgusting it was.

And as expected, a lesser demon. WIth an appearance that gives the feeling of ‘The demon’, it rises by a level the impression of this fantasy world. A demon that has the horn of a goat. At glance, the appearance make it look fairly strong, and it seems that it’s the same or stronger than the Cocytus Wolf. It’s written to run away before dying if you meet with this monster.

It seems that the monster can be found in the third layer of the labyrinth, so it’s likely that sooner or later I will meet it.

At that moment, an image appeared in the air.

After reading a book, cleaning and sleeping, it seems that I leveled up.

After all, this is it, I have the feeling that I have used my ability a lot today.

Even though I think I didn’t do much today, to tell the truth, this type of day where nothing happens is one of the more precious, yes.

And so I spent all day lazing around.

The biggest luxury is to waste time.

As expected, moving around without any aim is really good. I started to see it in a new light.

After severals days of rest, I passed my days borrowing books, eating while walking, taking naps, wasting time, and leveling up.