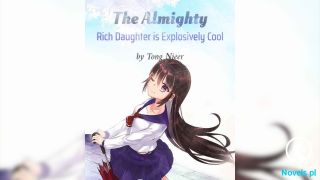 «I Leveled up from Being a Parasite, But I May Have Grown Too Much (Web Novel) - Chapter 29 - Magic Tool Shop Vishubu

Well, leaving tools that are useful for me, I have to do something about the raw material that I can’t use for anything.

Which leaves me with no option but to look for a place where they understand the worth of the materials and make excellent tools. So I headed towards Iron Block where there are many kinds of these shops.

I went to places like weapon shops and magic tools shops but severals of them even after showing the materials, far from being able to manufacture something, nobody recognized their worth.

『This is not rare at all, it’s only the tail of a big scorpion. It’s about two silver coins』so I wasn’t able to entrust them with the raw materials which cost me much to get.

It became somewhat tedious failing to find one, so while thinking about returning to the inn if the next one would also be a failure, I headed towards the edge of the Block where a plain shop was.

There was no answer even though I called after opening the door.

I think there are people, but it may be that they have not heard me?

「Excuse~me! I have something I want to ask~!」

After calling for a while, a man appeared from the interior of the shop.

The man was staring seriously in my direction in bad mood.

When the man sees the one who opened the door, without holding back, he clicked his tongue.

「They have forgotten to lock the door, eh? Who was the idiot. Damn」

There is no one beside you here…

Of course I didn’t say that and then I confirm it.

「Today you closed the shop temporarily or something else happened? If it’s like that I will come again later」

Burdened by my words, after the man saw my bag he shook his head while sighing.

「It does not matter now. I didn’t want to be interrupted in the middle of my work so I planned to close the shop for an hour, but now I’m already distracted, I will take a break. What do you need?」

「I obtained some rare raw materials, so I was thinking about making use of them to make something However, I wasn’t able to find a capable person」

It seems that I caught his interest

He is the craftsman type, and if that it’s the case, then it can work.

「Come to my workshop」

The craftsman of the magic tools shop called me with his finger to enter inside of the shop.

When entering the building, a small space near the entrance was the shop, and it had many different types of magic tools lying around. There is something like a wind necklace that increase the evasion, similar to what I bought before.

After following the craftsman, we reached the workshop.

There were many things lying around, tools, stoves and iron pots, but the space of the workshop was even more spacious than the entrance where they sell things.

「Now, what things do you say that you have brought? I will pray for them not to be something worthless」

On the worktable in which he pointed out, I placed the raw materials that I extracted from the manticore.

And by doing that, the craftsman of the magic tool shop frowned.

「This isーWait a second, this could be!」

The craftsman walked with long strides towards a certain bookshelf in the corner of the workshop, then he turned the page of a book.

After bringing the book to the worktable, he started comparing the material that I have brought with the book.

While watching him attentively from near the wall, I held back the urge to laugh.

What can I say, he started to panic.

His attitude was exaggerated so it was really funny.

In any case, it seems that I can have some expectation for him.

Suddenly, close to my ears I hear the wall being hit.

And the one who made the sound was the craftsman’s hands.

Using his hand to make me unable to escape, he asks me face to face.

This is the rumored kabe-don!?

…No, even if other man does it to me I’m not happy at all, besides this is not something to do to another man.

Without being aware of my feelings, the wrinkles of the man becomes even more intense. The craftsman keep asking me even further.

「Hey, so what is it? From what I see, these are not your average material」

The craftsman’s red hair was waving in front of my eyes as he was urging for an answer quickly.

While thinking that he is an impatient person, I opened my mouth.

「Of course, I believe that I understand. But would I be able to hear you opinion before confirming if my knowledge match yours? Your opinion without any kind of prejudice. What do you think it is?」

「Did you think perhaps this would make my eyes lose their luster? You are underestimating me. This is from a manticore. That tail and that core. I was right with what you thought?」

Here it came, the correct answer.

By only knowing that, his level is completely different from all those who I went to see.

「Good, you thought the same as I」

「Sigh, this is not the time for wasting my time, these are unbelievably rare things. I was only able to see them in books. And that is because there is no person capable of defeating the manticore. So why are you holding such things?」

I don’t want the rumor of having defeated it to spread.

But even so is not to the point where I want to hide it absolutely, so for the time being let’s beat around the bush.

「I had some connections. Either way, I can guarantee that this is the real thing. Leaving that aside, this, can you handle it?」

The craftsman turned his head and stared towards the table with the materials.

「I can not affirm or deny, because I have never dealt with such things. HoweverーMy blood is boiling!」

Kukukuku, leaking his laugher which he was trying to suppress, he pinned his hope on me.

If it’s this man I have the feeling that he will be able to do it somehow.

But, in any case, I want him once for all to put down his hands.

「Will you not leave it to me? I will make something without fail. I don’t need remuneration, I don’t care about that. So please, let me do it」

「Without remuneration, are you sure?」

「Dealing with such materials can be considered itself to be the greatest reward. For a craftsman from a magic tool shop」

However, to be completely without remuneration, it makes me feel a little awkward.

For now it would better to pay the fee as it will make me feel better, but well, everything will be alright if I pay him afterwards.

At the very least, I had luck in finding a reliable person.

Even when I was thinking things like that, the craftsman continues looking at me urging for an answer.

「So, what do you think? Answer quickly」

「Please do not rush me. Yes, I request you」

At the same time I said that the craftsman made a uncontrollable guts pose.

That made you so happy? If you are pleased it’s all fine.

「That’s right, what’s your name? Mine is Eiji. I’m temporarily staying in this Laurel town」

「Eiji? I’m Felipe. My name is not a big deal but if you want to remember then remember it」

「I understood, I will remember it. I will leave it to you, Felipe」

「Leave it to me. Then, I have to close the shop for today, no wait, it’s currently closed. I have lost my time to do business!」

Felipe laughs ‘Hahaha’ in high spirits, and at last after being released from the wall, I told him where the inn was.

I told him the places to look for me and tell me the moment when he thinks of something on how to use the materials.

We started thinking that it’s necessary to first look for a way to deal with the materials, and after that it became a conversation about what to make when the time comes.

It was really good that the materials I had a hard time obtaining didn’t become useless possessions.

However, while holding a slight bit of a doubt whether Felipe’s business was doing well or not, I left behind the magic tool shop called『Vishubu』.