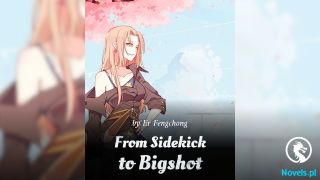 «I Leveled up from Being a Parasite, But I May Have Grown Too Much (Web Novel) - Chapter 28 - Meeting Again With the Goddess (2)

Chapter 28 - Meeting Again With the Goddess (2)

I explained to Rux about the many things that happened until now.

It was worth talking to Rux as she was asking full of interest.

She even said that it had been a long time since someone used this skill to communicate, so she might normally be bored.

「I see, I see, such interestings things happened. It would have been better if I’d seen how you were occasionally」

If I think about that, it can be that…

「Hold on, there is something that worries me, how far you can with God’s eyes?」

「How far? That is, to anywhere. I can see even the inside of the inn」

「Inside of the inn you said? It could be that you can even see this room?」

「Of course, I was worried, you know?」

Wait, wait, even if you are worried I would like you to not go so far as to see inside bedroom.

It’s good when I’m outside, but there is something called privacy.

But even so, I think she wouldn’t go too far, surely.

「That means that you can even watch me in places like the bathroom, right?」

「Ahaha, that would be going too far」

Rux waves her hand while laughing.

She is right, she wouldn’t do such a thing.

「So you do it sometimes!」

After a ‘Tehee’, Rux makes a fist and hit herself lightly while closing her eyes.

「What is that good for? As a person, doing that is not good」

「It’s not good even if you are God」

Sigh, this goddess. It has to be a mistake that everyone is worshiping her.

If you are like that, then I will not show you mercy.

From looking at Rux’s face, I slowly dropped my glance.

Originally Rux wore a white and thin cloth wrapped over and over again, a suggestive appearance, but now, after just waking up, with her clothes almost disarranged, she is in such state, exposing her skin.

I didn’t have the intentions to look as I’m a gentleman, but if the other party has the intention to spy on me, then I don’t need to contain myself.

It wouldn’t be right to return the favor by looking at the body of this proud goddess?

I move to the right.

No good, I can’t see anything.

I move to the left.

No good, I can’t see anything.

If you think about it, you will not be able to see anything no matter how you look at it if its like a camera that’s fixed! What idiotic thing I’m doing.

Rux who was looking at me suffering and looked puzzled.

At that moment, an unusual phenomenon happened.

Noise started to appear on the screen where the goddess was being projected.

And it seems that it was happening the same on the side of Rux, Rux tilted her head in confusion and asked「What happened, Eiji-kun?」.

Even if you ask me, I don’t know either. What is happening, a uncomfortable feeling in my body…

As if it’s heavy, like my strength is leaving me.

I remembered having this kind of feeling before, and after checking my status, I only had a little remaining of magic power.

Uwa, this skill, it has such an intense consumption rate?

If you think about, this is a skill that connects with God’s world, so it would not necessarily be strange for the skill’s consumption to be so absurd.

I pull my gaze from the status screen and then I raise my eyes.

「Rux, my magic power is almost consumed. And so it seems that the connection would be interrupted」

「Ah, so that’s why. You should have trained your magic power better, Eiji-kun」

「Please don’t be so unreasonable, because even so I think I have a considerable amount. But well, so it’s like that, the connection will be cut soon」

「Roger, roger. See you, Eiji-kun. Let’s talk again, with your communication with god. Absolutely we have to do it」

Rux extends her hand to the screen as if she was requesting a handshake.

I also without waving extended my hand, and of course there isn’t any sensation. Our hands were facing each other, and then the communication was interrupted.

As if nothing had happened.

「I was connected to the God’s world, just now」

Before I knew it, my skills reached an amazing level.

These are the fruits of parasitizing everyday to level up with all my strength, yes.

What should I do? I’m free but now even my drowsiness flew.

After thinking, I suddenly recalled.

After the labyrinth exploration, I didn’t deal with what I obtained, did I?

I found a considerable amount of treasures in the Paienne Labyrinth.

Things like recovery medicine, a hat weaved with iron chains, a crystal with magic element among other things.

Something to appraise things, and even a mysterious box that I don’t know how got here.

Even though I was able to open the box with the thief skill 【Finger】, could it be that the thing inside was naturally generated by the magic element as well?

Surely, the manticore’s tail, claws and even all the other materials from it would be more valuable than the average treasure. And it could be possible that if I ask some expert, they would be able to make me some amazing tools.

No, I’m sure they can. After having an unusually hard time, I have no other choice but to go through a few delicious moments.