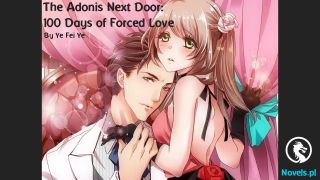 «I Leveled up from Being a Parasite, But I May Have Grown Too Much (Web Novel) - Chapter 26 - Eat Something and It Evolves

Chapter 26 - Eat Something and It Evolves

After making its appearance with the permanent summon, I tried greeting the weird summoned beast egg that looked like a penguin with those grown legs.

Then, with tottering steps, it came walking to me.

It appears that even if it can’t talk, it can understand what I’m saying.

When I try walking a few steps, it follows me with its short legs.

Though now that I know that it’s a brave guy, what can I do?

When I crouch down and watch it carefully, I noticed that the egg had something like a crack for a mouth.

If it has a mouth, then I have to try feeding it with something.

With a very shallow thought thinking that it would be enough to give food to it in order to tame it, I pull out dried meat from my space bag, and with some remaining vegetables from before, I left the food in front of the egg.

I even brought a bucket filled with water from outside, so all the preparations should be completed. I couldn’t even begin to imagine how it would drink with such a body, but just in case.

Carnivorous or herbivorous… Ah, it ate both. Omnivorous it is.

The summoned beast has a small body but unusually it devoured everything greedily in a blink of an eye.

What a great way to eat… Ah?

It happened just when it finished eating its food.

A light began to be released from the egg’s body.

Even when I was thinking what could be happening, the light rapidly becomes even more dazzling to the point that you can’t look ahead. I closed my eyes and endured the light.

Soon, the light appeared to calm down so I opened slowly the eyes, but there was no longer an egg in front of mine.

In exchange, there was a pig in the place where the egg was.

No matter how you look, it’s a mini size pig, and if I have to say the only thing that is different, it would be what’s in front of the curly tail that looked like a violet flower blooming.

If I have to say something, then yes, it has changed the enough, but it’s still a pig.

「What is happening? It can be that the egg has become this?」

When I muttered half of my monologue, as if the pig wanted to affirm it, the flower, no, the pig snorted.

Could be that this is the so called, one of its evolutions and I did something to cause it?

At first it looks weak, but if you raise it, its appearance would change with the evolution. This summoned beast has such peculiarity.

That seems to be really interesting. ーBut, why a pig?

When I try thinking about the reason, a certain feeling come to me, that it could be the dried meat I gave to the pig.

Then, it ate vegetables with it, in other words plants, something that blooms with flowers.

Evolving according to things it eats?

Then, I don’t have any other choice but to think about its nutritional balance?

「It seems that it’s complicated to think deeply about it, so first let’s tame this summoned beast. Hand」

When I stretch out my hand, the pig stretches its forefoot.

After saying that, the tail was shaken.

「It seems that we surely can reach to a mutual understanding. Then, next would be the summon release」

When I release the skill, the summoned beast disappears leaving a faint afterglow.

Together with a light, the summoned beast, the pig with a blooming flower on its tail appeared and not a egg.

Yes, it appears with the same appearance with which it disappeared. Because it has evolved, it will no longer appear with egg appearance of the beginning.

If so, let’s try feeding it with something. If it will evolve by eating, then I want to let it eat something, if it still has room in its stomach.

Good, let’s have the old man from the inn prepare various things in the kitchen for this guy to eat.

At that moment, the door was slowly opened.

The one who entered timidly into the room was the girl from the inn, Marie.

「It’s nothing, it’s not like I have any, business…This child, it’s an unusual animal, isn’t it?」

It seems that I didn’t close the door correctly when I went to look for a bucket of water. Pointing that out, she seemed to have interest in this summoned beast that she discovered.

It seems that this inn allows animals, because there are adventurers who uses hawks and hunting dogs. Therefore I don’t have to worry about being reproached, so there’s no reason to be in panic either.

「Yes, it’s quite a rare animal」

Marie nods, and then after she approaches the bloomed flower of the summoned beast, she extends her hand.

「Of course. But, if you are not careful you will be bitten… It’s a joke, a joke. It’s okay. I’m sorry for scaring you, Marie-chan. This is an easy going animal so it’s okay」

Marie got angry for a moment, but suddenly with a humble smile she started to pat the summoned beast’s back.

The summoned beast it also seemed pleased as it wags its tail.

「So you were keeping this child, Eiji-san」

「More than keeping it, how I can say, well yes, something like that」

「It’s a small and cute pig. If it only fatten a little more, then it would be delicious」

The moment Marie said that, the summoned beast’s tail become upright and went to hide itself behind me, snorting as if it were frightened.

「Ah, I’m sorry. I will not eat it, another persons pig. You don’t have to worry」

Then you would eat if it was your pig!?

But well, I understand, perhaps it’s because of where we are, If you think about a pig as a livestock, then that should be normal. There was a time when I also didn’t know that mini size pigs could be kept as pets, so I only thought about pigs as pork for cooking.

I calmed down the summoned beast and then I put it in front of Marie.

At that moment it occurred to me. That it’s inconvenient to continue calling it summoned beast, and that it’s necessary to think of a name.

If that’s the case, now is the time.

「Hey, Marie-chan. This guy, I haven’t given it a name yet, do you have any good suggestions?」

「Yes, that’s right. If you have a good suggestion then I would like to hear」

Marie keeps staring at the summoned beast with seriousness in her eyes.

Though she groaned for a while, but eventually she hesitantly opened her mouth.

「Well, what do you think about Hana(Flower/Nose)?」

「A flower bloomed on its tail and because the pig’s nose is cute, so Hana. What, do you think?」

Feeling embarrassed, Marie crouched down and stroked Hana’s back.

After being patted, Hana forgot about how scared it was and relieved, it become attached to Marie. I’m envious of its simple personality.

The summoned beast, the bloomed pig replied by snorting.