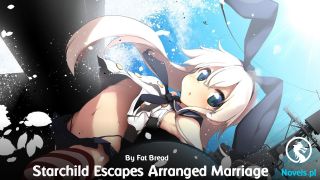 «I Leveled up from Being a Parasite, But I May Have Grown Too Much (Web Novel) - Chapter 24 - Labyrinth First Exploration Completed

It could be said that part of my power is also part of Veil’s power, and though this idea never came to me, It’s time enough that I face the risks and to help the people who helped me all this time.

As the victory always goes towards the one who makes the first move, I wave the black silver sword and thrust it against the manticore.

However, the manticore caught the sword with its scorpion tail that is even longer than its body.

This thing is hard.

It has to be considerably hard that it can’t be cut even by sword.

The tail moves even more freely, and not only it defends but also uses the pointed end trying to pierce me. I jumped behind and evade it.

It would end badly If it has poison in it, so maybe it would be the best to fight in the distance, but if I do that it would be difficult to give the final blow. Which would be good?

The moment I took distance, from the surroundings of the manticore’s body, three types of light joined and a mass of magic power was shot. Even though I was able to barely evade it because I had seen it once, the broken fragments of the dungeon were vigorously coming to collide against me.

This is dangerous, isn’t it?

It’s nothing serious even if the fragments hits me, but if the manticore’s body hits me I will not end up with only a small wound.

I instinctively step back, and at the same time, the turn for the manticore to attack began.

One after another, powerful light balls comes flying. Even though I’m barely evading them but it’s like I thought, being under rapid fire is painful.

It’s fast, there are many and they are strong, to keep evading every one of them isーー

After being hit by one of those magic balls, my balance collapses thanks to their power.

My hand becomes numb, and it seems like my shoulder would come off with such strength.

This is not good, if this continues like this, eventually I would take a direct hit and I will be finished.

All will be lost unless I go on the offensiveーFortunately, I saw an opening.

At the same time that I recover my posture, the manticore starts gathering magic in the surroundings.

But this time I will not evade. Using 【Boost】【Magic Weapon】, I thrusted forward.

The mass of magic is fired.

I went towards the one that is in front of me, and with all my strength I swung my sword downwards.

The lump of magic was cut and vanished like mist.

At that time when my sword repelled it, I understood that if I charge my sword with magic, I can damage the light ball. I thought that if I strengthen even further the sword with magic using the skill 【magic weapon】, I would be able to erase it, and it seems that I was right.

To me who was at its side, the manticore immediately used its tail to intercept me.

But using【Consecutive Swords】, the second sword quickly repelled the attack of the tail.

At the same time, I decreased the offensive ability of the manticore using the 【Origami Sword Spell】, and so, when the tail’s power decreased, an opening was created.

Changing the sword of hand, I took out the knife for work and I brandished fiercely.

The manticore’s smirk disappeared, and in haste it raised its claws.

My armpit is dyed in red.

It hurts! It really hurts!

This is how much an injury hurts!?

The knife that was thrown into the manticore’s face pierced the eye.

The manticore’s expression was frozen in surprise, it wasn’t even able to raise a groan.

I gave the final blow, piercing its neck with my black silver sword, then the manticore’s body collapsed as if it had lost all its strength.

After taking out a recovery medicine from the space bag and using it, I went to where Veil is.

My pain more or less remains, but it doesn’t prevent me from moving normally.

Veil mutters in surprise, and while staggering she stands up.

「Even though I didn’t know how it would finish, somehow I was able to do it, and Veil is also safe」

Unintentionally, I let out a smile showing my relief.

Veil quietly watched me for a while but, as if her strength had left her body, she clinged to my shoulders.

She kept calling my name many times.

「Good, let’s go. Before we are found by others monsters」

「Are you alright? After fighting with that thing」

「I’m still good. Since the stamina recovery medicine was effective I already I’m able to use skills, and you also used a considerable number of them」

I’m carrying Veil on my back.

Because she wasn’t able to calm down, the medicine had no effect and so it didn’t cure her injuries, that’s why I decided that it would be faster to go out if I carry her.

「Then, I will dash with all my strength to the outside!」

I’m running to escape from this place as soon as possible,

It seems that the entrance was quite close, and perhaps it was because my prayers that we didn’t had any accidents on our way towards the entrance.

Good, now we are safe.

「Eiji-sama! As I expected, you were here. Luckily, nothing happened to you」

The one who appeared in front of mine feeling relieved and was waiting in front of the entrance, was Ally. Ally also runs towards me with a relieved expression.

「The one on you back… I understand, so it was that」

Ally’s expression changes to one of guessing.

「Though there are many things that I want to ask you, now it’s the time to go outside of this dungeon. Let’s go, and please let me handle what comes」

Ally becomes really reliable, handling the monsters as we reach where the transfer crystal is.

I remembered I heard about this by chance, that by inserting your magic, you are able to teleport yourself towards the crystal that’s near the entrance. A useful tool, this thing.

Using that, I went towards the entrance in one go, leaving Paienne Labyrinth behind.

After that, while explaining what happened to Ally and Veil, we went toward the medical treatment place, and in front of the entrance I dropped Veil.

「Yes. Thank you, Ally. Now I only have to obediently hear what the doctor says」

「Take care of yourself, Veil」

As this has never happened before, I was troubled in thinking what to do, but then she slñowly raised her head.

Without any hesitation, Veil nodded.

Uwaaー, what can I do, she said that anything I want.

She said anything, so anything I want it would be ok…?

No. no, don’t be deceived. The words she said is obvious that are within the bounds of common sense, you know? Think about something common, me!

「It’s something you have to look forward?」

Veil laughs, and then after waving her hand, she entered inside the medical treatment place.

Ahaha… What I will do?

Now my unresolved problems have increased by one.

After that, Ally and I also returned to each other’s places.

I stopped in crossroad. and I said.

「I’m sorry for suddenly taking action on my own accord, I left you in the middle of our exploration」

「No, I think that it was praiseworthy. I couldn’t do such thing, no matter how much a person has fallen in danger, I couldn’t do something like jumping into that corridor」

「Even I was surprised. If you tell me to do it once more I think it would be impossible」

I think you are overestimating me.

「Besides, today’s objective for the labyrinth was originally to reach that transfer crystal point, so you didn’t leave me halfway, it was an excellent result. In that case, the next time we will be able to advance smoothly. That’s why, please carefully rest for a while. I think you are tired. I will stay in this Laurel town for a while, so there is no reason to be in a hurry」

「You are right, I’m completely exhausted. Mentally too. Then, allow me to take a carefully rest」

「Of course. In the meanwhile I think to training myself」

Looking at her, Ally was staring me vigorously.

「The strength of Eiji-sama, surpassed my expectations. If I continue like this, I would be able to do nothing more than taking advantage of you. That’s a disqualification as fellow adventurer that are exploring together. To be helpful even if it’s only a little, I will train in my days off」

She’s serious. If she say that, then the current me is also taking advantage of Ally, so we are even. So it’s alright even if you don’t worry about that.

But, it seems that as long as I keep looking at her face, her resolve is hard.

Even I am full from somewhat able to do something in that scarlet corridor, so for now, the first part of the Paienne Labyrinth is done.

However, there is a certain trap saying that the first part is completed and that it’s that usually the second part doesn’t start.

「Training you say? It’s ok even if you don’t worry about that, but if you are saying that, I will be cheering you. Then, see you! Good night, Ally」

Then, Ally and I separated, I returned to my usual inn.

Cramming all the food at high speed, without waiting another moment, I went towards my room and then I dove straight into my bed.

Unintentionally I let out my voice.

Seriously, this is the first time that I’m so tired since I came to this place.

Rolling all over the bed, was unbearably pleasant.

With that, my feelings calmed down.

As I thought, this is the best place for me.

Lately I was very active, especially today, I went too far.

I’m not cut to face others humans. Rather than spending hard times outside, I now understood clearly that my nature is suited to be in a bed inside of a room while gathering experience and money.

I understood it because I went outside, being a hikikomori is priceless.

Starting from tomorrow, I will be lazy as if my life depended on it.

After deciding to fall into the laziness, I slowly closed my eyes.

Ah, that’s right, I need to check my stats that went up in the cave.

I went to check my skills, because even more skills have been gained, besides looking at my new abilities, classes and skills while being inside of my room it’s a time that I enjoy, so let’s fully enjoy it.

Aah, how I would like to go back to sleep after waking up, beside, today I was outside since morning, I want to sleep until noon.

Imagining about the things I would like to do while slowly closing my eyes, I fell asleep.