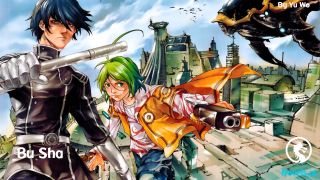 «I Leveled up from Being a Parasite, But I May Have Grown Too Much (Web Novel) - Chapter 23 - The Nonexistent Fourth Requirement

Surprised, I cut the connection, but then I used the skill once again and obtained Veil’s view.

Without any change, from the moment the scarlet corridor was projected, the view continued going downwards.

It has to be a joke.

In disbelief I watched countless times, but no matter how many times I saw it, there was no mistake.

It’s impossible to mistake it, this scarlet corridor is the place where that B-rank adventurer lost his life.

But, why is that Veil is in this place?

「Yes, yes, there is no mistake. It can be that unlike us, they have a different way of training. I don’t have any proof, but I’m sure everything will be fine. Moreover there was one person who went alone into the second layer」

「Towards such a dangerous place alone?」

「Ahaha… Far from being able to go alone, it seems that those who were defeated are the novices. When I asked, the person entered inside as a way of training to get used to her strength, isn’t that amazing?」

More than ever I’m reminded of the conversation with those adventurers that we healed.

Then that means that the adventurer she said that went alone was Veil.

She was caught in the middle of her training and fell into a trap.

What’s the best thing I could do?

The monsters in that corridor don’t have normal strength, and Veil said that she could have been in danger fighting against the Cocytus Wolf, so without doubt she would end up dead.

Should I go to help?

To a place I decided to not enter because it was dangerous?

To a place where I don’t have any chance of victory?

Impossible, impossible, it would be dangerous if I fail. Besides, maybe Veil could escape even if I don’t go there, it would be better to wait and see how the situation is? Yes, let’s do that.

I persuaded myself, and I used the Parasite・Vision once again.

As per usual, the situation didn’t change for the better.

Practically, because of an injury Veil wasn’t able to move so much. Always watching the front and the back without rest, or it may simply be that she is scared, making her field of vision to move ceaselessly.

Or it could be that because there are monsters nearby that she isn’t able to move.

It’s impossible for her to escape for herself. That should be evident.

It’s only that I’m looking for a reason to not go.

「Eiji-sama, this is a transfer crystal. It’s possible to transfer yourself near the entrance if you engrave your magic element in itーーEiji-sama, what happened?」

I breathe deeply and then I opened my mouth.

「Ally, you would be okay even in the second layer, right?」

「I have gone alone as far as the third layer, and like you have observed there was no problem」

「As expected of you. Then you will be fine」

Though I confirm it just to be sure, Ally answered naturally.

Good, then everything will be fine even if I go.

「There’s a place I have to go no matter what, then I will be going for a moment」

「A place that you have to go no matter what? Eiji-sama, need to go somewhere important?」

While I shake my head, I invoke a skill from the many I have that increases my agility.

「No, it’s inside the cave. But it’s a dangerous place, that’s why I can’t involve you for my own convenience, Ally. But above allーーIt’s not good if I don’t hurry. I’m sorry for doing something selfish, I will make sure to compensate you, maybe」

While using Parasite・Vision I started running.

I confirmed the state of Veil with Parasite・Vision while running.

For now she isn’t moving.

I’ve got to get there before something appears, so please no monster appear.

ーーThat I’m here right now is thanks to Veil.

If it is not for her, I would not be doing anything, just watching.

This rescue could end in failure.

I can’t predict whether I would be able to win against those monsters or not,

After having failed many times and remembering the suffering, I finished always evading battles that I knew I couldn’t see the outcome.

However, I remembered my little victories in this world.

That’s why, it’s almost the perfect time to challenge it once again.

「At best I will use the power I had picked up recklessly!」

The heavy sensation of air that I felt from that corridor, was being expulsed from a place that is like a small room, from the extensive shadows of the stone pillars that were there.

I put strength to my feet, and then I jumped into the small room.

At that instant, the ground starts to shine and the view rotates.

The next moment I was in the scarlet corridor.

「Is this the trap that teleported you?」

I looked the place in a hurry, comparing the color of the place that Veil is seeing with my Parasite・Vision.

Even though it was almost the same place, the place where Veil is, is slightly brighter.

This corridor becomes more dark brown the more you go inside so as long as I run towards the brighter place I would be able to approach to Veil. Anyways, let’s start.

I’m running in the corridor.

While looking the view of Veil.

As Veil was staggering, she stood, and started to slowly move.

While looking at my surroundings, I tried quietly to not make noise.

But at that moment, my feet stopped.

Because a monster entered in my view.

It was a lion with a human face, the manticore.

Seeing the manticore laughing as it found prey, the Veil’s vision starts to shake. The feet who were trying to run away were entangled, and then she fell to the ground.

The manticore who was about to start running seeing that stopped, and slowly, slowly, it began to walk.

It was as if the manticore was enjoying her fear.

The more it approaches, the more it opened that red mouth, making a deep smile.

It was at that moment that from the ceiling of the corridor a light flicked.

The moment that the manticore twist its body, it receives an incessant rain of magic arrows.

Surprised, the Veil’s vision starts to move violently, and then it stopped.

I kept moving forward to the manticore, while answering to Veil.

Veil open her eyes wide with surprise, and even though she didn’t say anything, she started shouting.

「You can’t! The monsters here are in a different league! I’m aware you are strong but even so, you aren’t match for them. I’m fine so you can escape even if it is only you. Because it’s obvious that I will be the one they are going to aim as I’m injured, so you can still escape!」

However, I still kept approaching the manticore.

「Before you wanted to know what was my profession. At that time I answered saying neet. Do you remember?」

「Though I never told you at that time, in my birthplace, the word neet is used to describe a person who meets three requirements. One, Is currently not going to school. Two, does not work. Three, doesn’t go to a vocational school . Among themー」

The sword is pulled out and then, the manticore is confronted.

「A person who doesn’t help; doesn’t exist among them」