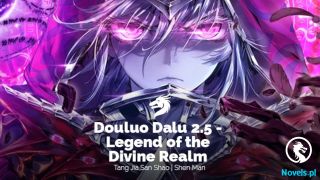 «I Leveled up from Being a Parasite, But I May Have Grown Too Much (Web Novel) - Chapter 126: The Two Ancient Documents

The investigation of snake shells — I reinquire Suaman for the phrase that did not make sense when listening to it. Suaman nods and responds.

“Eeh, the snake shell is a dungeon in Neman’s folklore. I’d like to request of you to investigate it — I’ll explain the reason one at a time.“

And then Suaman starts talking again.

First of all, it is said that the tremor is occurring more frequently in Neman these days. It wasn’t zero before, but obviously it’s more frequent. There were many anxious residents who expressed their concerns anxiety to the Deuo family. Certainly this is something that has never been done before, and it’s been too frequent ignore it as a coincident. Suaman was thinking of investigating the cause. And then to get rid of it if it’s a bad omen for the town.

According to a survey already conducted by Suaman, it appears that the cause came from the dungeon which is said to be the shell of a snake.

While looking at me and Felipe again with a ferocious eye, Suaman explained.

“What I’m talking about is what I’m hearing this from her sister. Her sister is also an adventurer with the recognized in having some ability in this city, and her sister highly valued your ability. So, she requested as one of the rulers of this city. A great disaster is coming to the city, and before that happens, I would like you to find out the cause.“

Suaman then bows. Coco also winks next to him with her hands clasped together.

Is it an earthquake due to the shell of a large snake?

It’s a dungeon story that seems to be something special, and I came here with much effort and would like to explore such a dungeon.

Besides, snakes are being replaced as pets in this town, I am deeply involved in the fact that there are designs in the city that resemble the snakes. So maybe there was something really important such a deity or a spiritual thing. It’s a world with magic and the unexplainable. If so, there may be something rare in the ancient shell of the snake. It appears that I can aim for new monsters with the possibility of using Monster Parasite.

I glance to the side. Felipe was listening with an expression with an expection of something, and he noticed me with a nod in return. I somehow knew what he was thinking.

“Okay. We are also interested in such things, and I will accept the request.“

Suaman vocalizes his voice, and grabs a sepia-faded scroll from the back of the shelf.

“This here is an ancient document that has been handed down within my Deuo family for a long time. This thing exists because our family that has been in Neman ages, and there are various things important being recorded, so I want you to see it.”

Felipe and I lean forward. At the same time, Coco also leans forward.

Suaman puts the scroll on the table, and spreads it out — .

“So this is Ally’s house. Ooh, such a large mansion. Uh gyah, such a creepy doll!“

“So you do understand, Lou. This doll is creepy huh. Its eyes are gloomy.“

I heard a voice from the corridor at that time.

Once the voice is definitely recognzied, Coco opens the door and goes out into the corridor.

“I knew it, it’s you elder sister, and welcome home. And who’s the visitor?“

“I’m back Coco. This is Lou-sama. He’s adventuring in Neman. You just came out of the drawing room, but, do you have a visitor?“

After five seconds from hearing such an exchange, Coco pulled Ally’s hand into the room. There is also an appearance of Lou afterward that seemed to be unusually in wandering around.

“Oh, there are also Eiji and Felipe. What’s up? Is there something intriguing?“

“Fuufuufu, yeah. Brother, these people here are also two of my friends, and I hope we can talk together with you.“

“Felipe-sama and Eiji-sama are at our home…? Should I have cleaned up my room properly? Aah, it’s still a mess —“

It suddenly became noisy in the reception room, along with the old documents are waiting to be unraveled at the quiet moment.

Somehow, Ally and Lou already know about the story as expected, and we decided to take the old documents along with the four people. However, one problem arose from there.

“This is, a character I’ve never seen before.“

Felipe has a sour face.

“That’s right. It’s an ancient document that has been handed down from ages ago. Unlike the current characters, I can’t read all of them. I still don’t understand the contents, so first of all, I would like to share it with the adventurers. If you’re an adventurer in searching for things, I thought you might have some clue to understand what this is.”

As Suaman said, the characters written are different than the current one used on Holm. Lou does not seem to understand the contents even though he’s well versed about the ancient days. It may not have been written by humans in the first place.

I have the skills I learned from Monster Parasite. Using the skills acquired from the vampire through monster parasitism, I was able to understand the contents of the old document.

I then read out loud.