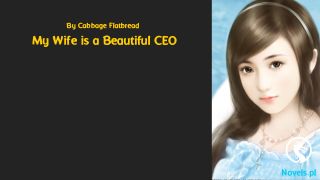 «I Leveled up from Being a Parasite, But I May Have Grown Too Much (Web Novel) - Chapter 125: The Three Siblings of Ally Deou’s Household

“That’s right. I’ve heard about you from my sister so much that I can’t bear it… No, hasn’t anyone heard that much? I don’t have eight lives, but I’ve heard quite a bit.“

I see, so have I feel like I’ve seen you somewhere? There is a vestige of Ally, with an atmosphere calmer than Ally.

“So then, what were the two acquaintances of that older sister of mine playing over here?“

When Felipe answers, Coco nods. Her reaction is hard to grasp whether she comprehends it or just an appropriate response.

“Well, Eiji was practicing his skills. He’s using a sword, and he’s a really good adventurer. Pretty good, at what’s he’s doing. This is what I’m trying to say.“

“Oh my, I’m trying my best. I mean, is that what Ally talked about to her family?“

“No way. This is my own interpretation. My sister’s behavior is a bit odd, but her discussion was relatively decent.“

“Ahaha, is that so. You’re the younger sister.“

Do you say things about yourself?

When I was wondering whether I should be nosy or not at the first meeting…I noticed that the snake was about to wrap around her feet.

“It’s all right, it will not kill anything other than what it recognizes as a prey.“

Can’t I let it rest easily with an answer without any guarantee that it does not recognize me as a prey…?

“It’s not hard to be fond of Meetia, Eishi.“

Coco moves around it’s flank with her elbows. From the look of it, it is quite strong. Although, it may be a good result in learning a trainer class with [Parasite]. In what place is it useful for?

I say while looking at the snake under my feet.

“Both Coco and Ally have big snakes at your place.“

“Of course. We’re the Neman’s duo. Being the influential person in Neman’s town, and being watched over by the snake god, you don’t have the proper image if you do’t keep a single snake with you.“

“Because you haven’t seen the snake god, you don’t know if you’re really being watching over.“

Is it such a problem? Well, that might be the problem…

I’m wondering if it’s the case where Coco has confident demeanor when I’m talking to her. Having confidence is important.

“But Meetia is really cute. Ah, by the way, can’t you tell this is a girl?“

I wouldn’t even know you tell me it’s a female, that’s why. I only see a snake with its forking tongue under my feet. It’s true that her eyes are round and appear cute…Anyway, to keep such a big snake, the aristocrats are different as expected.

When I was thinking, Coco laughed as if she came up with something.

“Aah, that’s right! Why don’t you come back to my place?“

“Back to my house. Un, un, it’s a good idea. To speak about her sister taking care of the skilled adventurers that helped her, fuufuufu, I can use this.“

“Is it possible to use such a story?“

“Uun, this story can be used. I don’t care. I don’t care. Alright, then it’s decided, so let’s go! I’ll see to it, so both of you follow me. Meetia will stop climbing and return to me soon.“

While looking back, Coco begins to return to the town with her snake. I stare at Felipe’s face.

“There’s nothing wrong in going. Maybe she’ll show me something good.“

“It’s easy to imagine what’s good for Felipe. Well, let’s go. It’s unlikely that we’ll have another opportunity. And it’s like what Ally’s sister said. There’s nothing wrong with it. Anyway, I don’t think she’s the only one who’s changed…“

While discussing about that, we were taken along to the Deuo’s household.

“So here it is, Ally’s parents’ residence.“

“Yes. So then, don’t hesitate to go up and enter.“

Coco leads Felipe and I into the Deuo’s family dwelling. The large mansion is in the center of Neman, which makes me a little nervous when I enter it, and Coco pushes my back through the front door.

Once inside, I found out that she is an aristocrat. Upon the wall hung paintings, decorated flowers, furniture, and more, with a sense of luxury from the various things within the house…Oh my, actually, I don’t really understand the value of these things as I’m just being drowned by the atmosphere.

When I’m walking through the corridor lined with such a luxurious atmosphere, there is a line up of several dolls similar to the French porcelain dolls.

I see, so is this the source of Ally’s trauma?

Certainly the face, especially the eyes which are strangely realistic and creepy.

She definitely thought about that, and so we passed through into the drawing room. Coco calls out to the maid along the way, prompting her to make tea. What a perfect match.

“It’s amazing. This sofa is very comfortable to sit on…The scent of tea is also good.“

“Fufufu, you should relax to your heart’s content. That’s the reason.“

Make a rusling noise, Coco hastily sunken her hips onto the sofa.

“Frankly, wouldn’t you want to hear that from Ally later?“

When I asked her about her plan on teasing her sister, Coco laughed mischievously and shook her head.

“Maybe is quite suspicious.“

Coco waves her hands to encourage us to keep going. Well, since she’s her sister, so maybe a bit of discussion about her is fine.

While drinking the fragrant tea, I went ahead and talked to Coco a bit.

After talking for a while, a man comes into the room. He stands straight, has well-groomed hair, with a serious impression upon him.

“Ah, older brother. You’re here. Fufu, for me, I caught a pretty good one.“

“Older brother…? Is that the older brother of Ally and Coco? Ah, no, maybe he’s younger than Ally?“

In the sudden appearance of another brother beside Ally’s sister, I let out a surprised voice. However, the man does not make a slightest movement, and he nodded with a serious face.

“You guys, are you the adventurers who took care of Ally?“

“That’s right. I’m Coco and this is Ally’s brother, Suaman. It appears that our sister were taken care of by them so we thank you.”

“Ah, no, this is nothing, and Ally helped me a lot with my adventure.“

I thank them by standing up in a hurry. Compared to her sister Coco, he is a solidly built person, and he caught me off my guard. I was completely distracted by the friendly atmosphere earlier.

Suaman has a serious tone, and he can be heard quite clearly as he continues the discussion.

How to correctly answer in such a case?

I’m still worried quite a bit though. For the time being, let’s laugh and get through this with the spirit of being a step ahead.

“Therefore, I have something to ask.“

“What do you want to ask about?“

For a moment, I remembered what Coco was asking earlier.

If you turn your gaze toward him, he has a proud and profound smile. Looking at Suaman again, he dons a serious expression as he’s looking straight back at me and Felipe.

“Eeh, that’s right. There is a project I would like to ask an excellent adventurer to be a representative of the town. That is — to survey a [Snake shell].

Ally’s last name was used as Duo, Deyuo, but it’s a Deuo is the proper British name which was intended