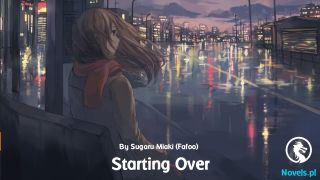 «I Leveled up from Being a Parasite, But I May Have Grown Too Much (Web Novel) - Chapter 124: The Appearance of Sister Coco

Chapter 124: The Appearance of Sister Coco

A while later after this and that training with Felipe, we took a short pause. I also wanted to check up on the leveling increase for the skills I wanted to train on. I check on the status in the meantime.

There are five people currently among the parasitism in addition: [Epi], [The trainer that was at a guild], [Blood Bat (2nd generation)], [Sonic Widow], and [Poison Monster].

Yes, I have actually parasitized Epi before we parted. Her race is a Vampire.

Her vampire level didn’t go up for a while, but it went up a little recently. In addition to the monsters that live in the palace, there are also wild monsters in the Unholywoods.

Because they attack other monsters, I’m guessing that Epi might have defeated them and raised her level. I also learned her skills derived from vampires thanks to that.

Also after first generation of the Blood Bat that was probably passed away from being eaten by the other monsters I entered the dungeon since then and parasitized another Blood Bat, and replenished the connection again. Because the monsters of the same kind there is more usually locates in the same place, with this method, it’s okay for them to just die!…This kind of outrageous dialogue is hardening my mind.

That’s why, thanks to the recent paratisms, I have learned various new skills including the ones from the monsters, and my status has improved while I’m aging.

Somekind of magic thread is helping me out quite a fair bit, as it’s a kill of the vampire, and I have mastered the Herculean strength and the self-regeneration. Both Epi and Risa Haruna had tremendous power in using their bare hands, so I’m convinced of this. [Self-regeneration] is also a skill worthy of the name belonging to an immortal .

“Sacred Weakening…this is obviously a minus…“

It’s a skill I’ve acquired among the vampire’s skills, but it’s a complete disadvantage for me. The timing to remember was the same as [Self-regeneration], which means that I must study the advantages and disadvantages of the undead as well. The characteristics of monsters are pale in comparison to the human class.

Oh well, I don’t think there are many monsters that use the magic based on the sacred system, so it doesn’t seem to have much to do with the dungeon and it shouldn’t be a problem.

Although, when I parasitize on monsters from now on, it seems better to think about whether the monster has any fatal weakness. I think it was helpful to have such information at a stage where it did not have much overall effect.

By the way, I also learned a lot of skill combinations in terms of skills.

I was quite surprised by certain particularities, where the skills have come from the human class, as they can be combined with the skills from the monsters to derived complex skills that I heard of. Such as a combination of magic thread and sword mastery called [Thread Slash]. This is a skill where the magic thread has a slashing attack power. With a [Softening of Curse] and [Venom], [Guo Poison Curse] is created. A skill based on the poisons against a magical opponent and deprives them of their physical strength. Also the [Strengthening Enhancement] and [Drilling Copy], based on the Enchanter and Shamans classes, is a complex skill that I learned by raising the level of the Drilling Surgery Mechanic and Mage classes.

The skills of the monsters have also increased considerably, and they have become quite substantial in counts. I’m also glad that the skill like [Venom] that I thought was difficult to use became easier by combining it with other skills during skill combining. I don’t know what is useful in the world.

The short break is over while I confirmed my status. Felipe and I started trying out the magic tools, swords, and skills once again.

“Then, this is the skill [Thread Slash].“

A lump of ice was fired from the tip of the staff that Felipe waved.

I intercept using the skill [Thread Slash] I just learned. I concentrated magical power on the new black and silver sword to increase the power of the skill and then activated it.

The magic thread spread in a mesh, giving off a strong glow, as it diced the flying lump ofice.

“It was cut by magic thread. This sword is something good after all. I remember this skill not too long ago, yet it still put out enough power.”

“Indeed, such a skill. Well, I also have my sword as one more thing to try out. Well, I want to try it out too.“

While mentioning it calmly, Mr. Felipe’s mouth raised up a grin. However, it appears to be something good since I think it’s actually a weapon of some sort.

“Alright, well then let’s try the next one.“

After that, the ice staff made simultaneous attacks that surrounded me from various directions. In order to respond to the attacks, I switched out the skill, the one I learned from Blood Bat called [Sonar]. I use sound to grasp the location of the various ice lumps and utilize the skill to intercept. It seems that the attacks from the invisible places behind me can be picked up one-by-one through the echo using sound (echo location).

The black silver sword powered up, and it was possible to confidently repel the attacks.

While trying out the new skills using that method, and also remember the feeling of a new sword, we continued training awhile longer.

They’re also a few skills from the monsters that are easy to use, along with some complex skills. The variation of skills, some with more power than others, along with the sword’s treatment that wasn’t like the cheap ones from before, the overall is quite a power-up for me in using both the skills and the sword. Felipe did a good job on this. With that in mind, it was about time we finished this. There are things to be seen in the city, but there is a figure of a girl that is made to walk with a pet snake has appeared.

A sudden appearance, where a girl with a snake stopped near us.

“You are Felipe. Doing specially training, in such a place like this. Weren’t you at the craftsman’s workshop? Felipe.“

“A craftsman’s workshop is a place where you take the materials to. It is also necessary to try things out on what you’ve created.“

Felipe answers the girl that came by. Do they know each other?

Looking at the girl, I know I’ve seen a face from somewhere. But I’m just worried about her having a very nice looking snake.

“Fuuun, that’s what it is. Who is that person by the way? A weird friend of yours?“

Weird friend? Maybe I look weird? I instinctively point to myself .

The moment Felipe said that, the girl’s eyes became wide and round. She approaches me with the snake in hand with wide strides.

Moving in fully close to my face, as she’s gunning at me. She didn’t hesitate to stare at me from the top of my head down to my toes. It’s okay to look at it, but a snake like a python that is coming closer to me, I got really scared as it tongue flickered about.

The girl as the owner of snake doesn’t seem to care, and perhaps because she doesn’t notice the appearance of such a snake being problematic to others or may be she does.

“Eeh, of course I know you. Because my sister was discussing her hardship. I wondered if that was you. I know this Felipe besides that. After all, there is a place where weird people tend to attract one another. The three weird siblings.“

“I don’t think weird people have changed so much…but, this even means your older sister? Your sister is someone I know?“

Looking at the girl, she heaves a big nod.

She has two deep ultramarine hair colors, with strong eyes and a mischievous mouth while talking.