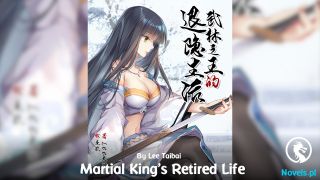 «I Leveled up from Being a Parasite, But I May Have Grown Too Much (Web Novel) - Chapter 122: The Lunch Avenger

“Alright, the purpose has been achieved. Oou, quite a slippery one.“

Lou is admiring the ice crystal he acquired. It feels like it’s filthy covering with oil doesn’t it. But there are plenty of them. Isn’t this one a little better? I thought so, so I also try to touch one of the ice crystals. Hoo, it’s really smooth to the pitch, yet surprising not cold at all. It appears like ice in its natural appearance.

“You should strengthen your sword with this then. The magic sword that is. Ii sounds nice.” (Ally)

“Yes, I agree. What will that beautiful black silver sword look like then? I am also interested of the result.” (Lou)

While we’re talking a little bit, we’re collecting the required amount of cryolite along the way, and return thereafter, which took less time to return to the main entrance faster than when we traversed inward.

While holding his hand over his forehead, Lou frowns at himself. As he gazes upwards toward the bright sky, the sun appears much higher than when we entered the mine.

When I look upward next to Ally as she let out a little happy voice, she smiles while looking at the sky like I did. I wonder if she’s happy to be out from the dark area and basked in the bright light, but Ally takes her rug out of her own dimensional bag and laid it out on the grass.

“It’s a wonderful sight. Let’s have lunch, and enjoy it.” (Ally)

In addition to the rug, there are two large baskets. As we open both of the lids, a number of sandwiches are being pulled out from within.

Lou takes off his shoes and sits on the rug cross-legged. I follow suit. When I’m looking at the sandwiches, thinking about the variety and quantity, I become hungry.

“Fufu, it appears to be like a perfect time.” (Ally)

“If so, then it just right time…Make it as an avenging (against the hunger). Here you go, so please eat until you are full.” (Ally)

Ally’s face flushes a bit, presents outward the sandwiches with her hands enthusiastically.

Avenging…I think I get it this time.

What came into my mind was when Ally made a lunch box as we investigated the ruins of Risa Haruna, and she ended up eating it. It wasn’t delicious at that time honestly, and this time apparently it’s like the last.

Fumu. I felt like a judge of a cooking program that I have to eat plenty and judge, so I pick up one of the sandwiches and put it in my mouth.

It is really delicious. There’s nothing wrong with it this time. It’s not a flattery, so I ate up a sandwich with a thickly sliced bacon and an omelet, with the omelet is fluffy and bacon is so fragrant, where the two match perfectly, *uun* as this one struck a stunning harmony. It’s completely different from the previous dull one, and this is really delicious.

“If you say so, and it’s worth practicing. Please eat more and more.” (Ally)

While discussing the taste, Ally happily talks as she places her hands together. She seems to be very happy because she speaks quite fast. Lou already bites into the second sandwich. Everything may disappear at this rate.

“Before I eat all of Ally’s food, you should eat quickly. I will eat too.” (Eiji)

“Fufufu, I agree. I hope you can eat a lot just like that. I will have some too.” (Ally)

I also have to eat up quickly, and this time I reach for the sandwich with the tomato, lettuce, and cheese. It appears to have a combination with a savory oil, in addition to a mix of spices and herbs to yield an enhanced taste that contains a variety of ingredients.

It was well seasoned like that, with the delicious tasting sandwiches that are quite scrumptious, and with some moderate amount of effort, we finished eating in a blink of an eye.

“It’s completely different from the last time. Did you practice?” (Eiji)

“Yes. My sister is quite good at cooking actually, and she taught me a lot when I visited my home.” (Ally)

“Eeh, Ally has a younger sister. Does she has a face like yours?” (Lou)

When Lou asked, Ally bends her neck a little.

“Uun, she might not look similar to me. Others often say so. My sister and I are slightly different, and we walk our different paths…” (Ally)

Ally mentioned it so far, and smiled bitterly.

Ally’s face turns red and she shakes her hands vigorously as she displayed a frightened expression with a bitter smile, and she repeats that she did it for a different reason. She becomes excited all on her own, and I wondered what happened, as Lou and I looked at each other.

We had a fun and enjoyable lunch time by the way, then we went back to the blacksmith’s workshop to hand over the ice crystal. The quality of the crystal is good enough apparently, so the craftsman and Felipe said that they would start their work immediately. Our day remained open for the time being. I had a bit of an adventure, and now rest at the inn.

After a short break, I check my parasitic partner, as I sprawled out on the bed.

“…Ah, such delinquent brat. This, in other words.” (Eiji)

So then, one of the line for the parasite list was gone. Even when I check up on the info about the parasitic info, there is not blood bat.

…Maybe, it might have been eaten. Must be other monsters.

During our lunchtime, along with the monster I was parasitizing, it appeared to have also been lunch for other monsters. The parasitic link will naturally be released in this case. The rules of nature are quite strict. But.

Looks like there’s a substitute for it, where the levels from that paratism transferred to human are also going up. Might as well go with this condition.

There were quite a few struggles within the battles at Prowkai, and I still want to improve my parasitism and improve my ability in this case. Only then can you truly safely live, a life of security and easy-going in a different world.

“The strength will increase further when the sword is completed, and the lunch box was delicious. I ventured to Neman, and that was the correct choice.” (Eiji)

Praying for the dead?