Support
Random Novel
The Mightiest Hero of Black ~My 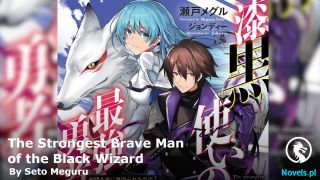 «I Leveled up from Being a Parasite, But I May Have Grown Too Much (Web Novel) - Chapter 115: Ally, Coming Across Various Things

There’s a reason why I went out to the city of Prowkai with Ally. First of all, I’m going to meet her at the town square. At the plaza, there are some bards playing the lute and showing some of the arts in skillfully manipulating their puppets. Ally is gazing at them happily.

“Yes. I like to see this kind of trained art. I think I need to hone my skills through training while watching them. I love seeing comedians, entertainers, and the likes from salons, parties, and festivals for quite a long time now. “

Ally glances at the arena towards the location near the roof. When I move my gaze in her direction, the familiar hood is approaching us.

The skeleton’s speaking to us. I feel as if I’m completely familiarized with this city. It’s quite surprising that things in this world can easily be managed. Ally notices my attitude and becomes aware of the skeleton. Afterward, the skeleton bows its head. Ally in turn bows hers,

“Are you an acquaintance of Eiji-sama? My name is Ally. Please to meet you.“

“You’re being very polite. Ally-san. Since you know Eiji-san, you also know of my benefactor, so nice to meet you. I’ve talked too much.“

I greet the skeleton as if it’s normal. There’s only one skeleton here. I ponder a bit and believe that Ally knew about the vampire, so she would definitely accept the idea of conversing with a skeleton, then I introduce the identity of the skeleton. It will be easier to introduce her to the other skeletons as well.

“Wow, you’re really are all bones. I’ve never met a skeleton who can talk to humans so normally. Thank you once again.“

She accepts the fact quite easily. The situation is pretty unexpected, but after all it’s Ally we’re talking about. She’s the type that accepts anything.

After speaking to the skeleton for a bit, the skeleton departs while mentioning it is shopping. Ally opens her mouth with speeches of amazement.

“Eiji-sama has such a renown image to even know of a skeleton warrior.“

Is it important to be admired at such a point? What will happen if I mention to her that I’m acquainted with the goddess, and on top of that the vampires?

… But thinking about it again, I do have a lot of strange acquaintances. I’m speculating if I actually have more non-human acquaintances than that of the humans. I wonder if that is really true … I surely want to believe that this isn’t the case, yep.

As we stroll around the city, we arrive at the meadows around the suburban area. I’m summoning Hana since we’re here.

“Wa, this is such a cute summoned beast. Even with bushy hair, its back looks stiff and it’s a beast I’ve never seen before. Hana-san, please come to me.“

It was natural to visit the outdoor areas with Ally after walking around the inner areas of the city. Because we arrive at such a large place outdoor, I summon Hana out to play after working it hard at the Unholywoods, but Ally is more attached to the beast more than I expected her to be.

Hana relaxes with a pleasant face when its belly is being stroked. Hana is tired from being petted for a while, raises itself up, and starts to run toward a direction.

“Are you trying to race with me? It’s fine, as I’m pretty confident in my leg’s strength … and, Hana-san, you’re running pretty fast. Wai-wait a minute.“

Hana is sprinting at full speed that is much faster than I imagined. The agility of the beast is amazingly high as expected, where neither ordinary nor abnormal humans can catch up.

I also join in with the chase and play around with my summoned beast for a while.

We visit the arena after enjoying ourselves. When I’m told, “Ooh, you’re that person that intruded last time, the one who saved the arena from that swordsman.” (It was quite troublesome as a result as I can’t hide my face afterward, so I gave up and left it as is). Ally can’t understand the words that are being said about me by the people such as, “This person saved not only the Prowkai arena but also the entire town of Laurel!“

Ally is very excited to talk to the spectators in the arena about the town of Laurel. However, this is an unexpected commotion. Even so, it still a good ordeal as I’m still able to eat and drink.

Both of us arrive in front of the inn where I stay at.

“Thank you for spending your day with me today.“

“I was able to spend time with Ally for the first time in a long time and feel relaxed.“

“For you to say such a thing, I very happy to hear. It was a very fulfilling time for me to be with Eiji. The adventures are good to have, but spending time like this with you is also wonderful.“

Looking at the smitten Ally, I nod as well. Ally continues to stare at me. As the sun is setting, it dyes Ally’s face in a reddish tint. But, I suddenly feel that her face has become even redder than the setting sun.

“I couldn’t see you for a while and thought it couldn’t be helped, but I was surprised to see you after such a long time.“

“Why are you so surprised at such a thing?“

“I don’t think I spent that much time at the town of Laurel, but with that given time, it has become very natural for me to spend my time with Eiji on our adventures and doing various things. I have noticed that it’s very relaxing to still be able to face each other like this.“

Ally is staring at me.

She displays strong emotions through her eyes.

I feel incline to take a step forward as though I’m being sucked in.

It truly has been a long time since we last met, and I feel uplifted because I’m sure we have been thinking about one another, but we both cannot afford to think about such thing any further.

Suddenly a big duet jump in.

Ally and I return to our senses, and we both turned to the voice at the same time.

Lou and, then Felipe come to us together.

“What is going on, and why are you standing close while staring at each other in such a place? Rather than doing it outside like this, you should do it in the inn if you have to fulfill such a need.“

From Lou’s statement, Ally ceases completely stiff. She has regressed into her world entirely. At the same time, Felipe is gazing intently at me as the second victim.

“Isn’t it a good reason because there is a magic tool craftsman here?“

Felipe sneaks closer towards me. Lou has a grinning face knowing something interesting is about to happen, and Ally remains stiff.

Apparently, today is not going to end with us spending time leisurely, so I sigh.