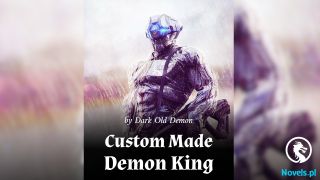 «I Leveled up from Being a Parasite, But I May Have Grown Too Much (Web Novel) - Chapter 114: Ally and Eiji, at Prowkai

Chapter 114: Ally and Eiji, at Prowkai

After the fierce battle at Unholywoods, we are back in the town of Prowkai. At the entrance to the town, we stop to enjoy the safety and fresh air with all our beings.

“You’re a crappy guy. Well, you can waste the treasure you’ve harvested. Epi permits you.” (Epi)

“Then I will use it without hesitation.” (Eiji)

I don’t know if Epi has the right to permit me in the first place. I’m watching Epi while I’m thinking to myself, she suddenly bursts to my face and hugs my neck.

And she strokes my head. Because of the high tension … Well, I wonder if Epi’s long-standing concerns have been cleared up. If so, the tension will be a little lower. Even so, it’s embarrassing to stroke it too much, but it’s nice to be praised… It’s childish … but for now, from Epi’s perspective, I’m no younger than the children’s levels.

“No truly thank you, Eiji. And also, to Risa Haruna-san too. I didn’t see it, but it seems like it was amazing.“

“Fu fu, I’m glad to be able to help. Sometimes it’s not bad to fight together for the undead.“

Risa Haruna smiles and accepts the given gratitude. I seriously look at Risa Haruna, but now Risa Haruna returns to her usual self. There is no remaining trace of the mighty monster and its power called crimson nirvana (the crimson higan). It seems that she has to suck my blood every time for her to become that. If possible, she will not have the opportunity to do it anymore, yes.

“What are you guys going to do now?“

I ask the undead, including the Epi.

“For now, I want to let everyone know that Demilich has fallen, and let ourselves spend our time in the Unholywoods like we used to. We’ll announce that we no longer have a ruler, so we can merrily enjoy our time in freedom like before. Perhaps there are monsters who will aim for the empty seat during the confusion and take advantage of it, so it’s necessary to have caution. Well, since the undead is naturally like that, we’ll take care of it and not worry too much about it.“

The skeletons and zombies nod in agreement with Epi’s statements.

“Oh, that’s right that’s right, just as Epi-neesan says. We were originally doing whatever we wanted. Hey, isn’t that right big moron.” (T/L: ゾビ 太郎よ phrase is used in Rurouni Kenshin often I think. It has been over two decades.)

The zombies nod. They’re still trying to popularize that kind of tone? Well, anyway, this means that one case is settled. I don’t have to worry about the undead any longer. The humans have calmed down when the undead stopped their attack on Prowkai. It means that everything has subsided. The feeling of joyfulness turns into an image of conviction when I see the skeletons and zombies clapping each other’s hands and crossing their arms over their shoulders with smiles. It’s strange because if one has been working together with them for a while, one understands their expression for some reason. Such monsters may be able to live in the same society like they usually have. I can imagine a skeleton that fights in Prowkai’s arena. I can’t belittle them.

Well, I’ll leave the contemplating of the world’s prosperous days ahead to someone else, and anyway, it all comes around in a complete circle (Note: another way of saying, “All’s well that ends well”). When I turn my eyes to Epi and Risa Haruna, their eyes meet mine. Then Epi claps her hand and issues a command.

“Then it’s time for a celebration, everyone!“

Cheers resound. It’s been a while since a group of undead, hidden in robes and cloaks, have a banquet at a restaurant in town. There are good people in the world, and if you pay for the undead or zombies, they will say that they are customers and are provided a banquet place. It is a generous and thankful practice in any merchant’s book.

After the celebration all night, Epi heads off to Unholywoods, and I return to the inn to take a rest. After resting, I wander around the city for a stroll to wake up. The unexpected reunion happens when I enter the town square along the way.

A familiar voice. I turn my face to that person’s voice, and there she is.

Ally Duo is looking at me with her eyes wide open. As soon as I recognized her, Ally runs up to me at high speed, with her tied hair flailing. This is definitely the adventurer Ally.

Ally approaches with the momentum close to tackling me, stops with her eyes at the tips of my nose, then grabs hold of my hand, and squeezes it tightly with both of her hands.

It’s quite an unexpected surprise reunion, as I hold her hands.

“Un, I’m happy to see you too. I didn’t expect to see you here. I thought you were in Neman, but why are you here in Prowkai?“

“Yes, I’m done with the businesses in Neman. I presented myself to my family that I’m well, completed my promise to return home, so I decided to start my adventure again. I was wondering where to go, but Eiji-sama said that he was planning to stay in Prowkai first, so I came over here.“

I see, I’ve been here for quite some time. Is it more than enough time for Ally to finish her parents’ businesses?

“I see, it’s because I have a lot of things to do here. There are dungeons here where I can enjoy my adventures.“

“Dungeon — yes, there is something I have to tell you when I meet you … … Ah, but, I also worried that Eiji-sama wouldn’t be here. I want Eiji-sama to tell me everything about what you’ve done. I have a worrying feeling that I don’t know how you’ve been doing, mu mu mu mu … I didn’t know what to do? “

Ally shows a seriously worried face with wrinkles formed between her brows. Her expression is quite interesting, but it’s bad to keep worrying about it forever, so I decide to tap her shoulder for the time being.

“I have plenty of time, so we can talk slowly.“

We visit a little bar-like coffee shop nearby. In the end, I listen to Ally’s story first and then slowly tell my side, and when I place our order, Ally opens her mouth.

“You said there is a dungeon near this town. About that.“

“Did you already know? On the way here, I happened to stop by a mine where ferocious undead I had never seen appeared. I thought perhaps something had happened to Unholywoods, the headquarter of the undead for this region. If Eijii is heading to that dungeon, no, I was sure you will, I thought it would be better to take measures such as collecting information about it carefully.”

Ally speaks her mind, takes in a breath and clearly continues the following words.

“I have to tell you must not go to such a mysterious dungeon.“

“Oh, that kind of issue happened only on the outside (of Unholywoods). But then it was solved.“

What’s up with Ally’s face? She comes close to me. Just as the timing is right, I tell Ally about the events that took place at the Unholywoods. When the herbal tea I ordered is brought in, she doesn’t drink it, but listens curiously, and when I finish telling her, her stiff expression suddenly melts like slime.

“Is that so … so, is that all there is. I thought I could capture a famous dungeon where something strange was occurring … … I think my timing is the worst. Even though I’ve come this far, Eiji-sama has already gone to the dungeon and resolved the problems that occurred. As expected of … Eiji-sama.“

There is no vigor in her voice. Un, I wanted to solve the incident of Unholywoods. She can go from now on, but the incident is resolved and the atmosphere is quite peaceful; if she wants to visit and experiences the special things in the dungeon, the timing is bad for her. Well, this is all she can do at that place.

“Well, there are other dungeons around the world. You can have other adventures, so don’t be so depressed.“

“That’s right. There is no point in lamenting that things that’s already is done. There must be many more wonders (dungeons) around the world …“

And, despite saying positive things, the tone of her voice is not very uplifting. There are only adventure enthusiasts, and when they fail, their depressions are great.

“Well, well, Ally. Even if you don’t visit the dungeon, there is still quite a bit of Prowkai to tour with. There are many specialties in town. Why don’t you take a look? Let’s go around together.“

And, as soon as I said that, Ally leans forward towards me vigorously. I think to myself, with a face that appears a bit naughty, I need to remain calm and straighten up myself from the chair.

“Ah wa wa, I’m surprised to suddenly see Ally (up close). Then, when you’re finished drinking, we can go.“

Ally remembers once again to sip her herbal tea. A few minutes later, we venture out on the town of Prowkai.