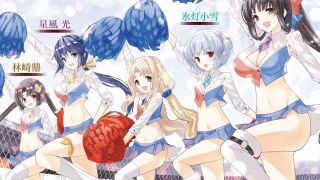 «I Leveled up from Being a Parasite, But I May Have Grown Too Much (Web Novel) - Chapter 109 “Palace” Part 1

“Ja …You guys go investigate properly and come back to me”

Receiving the order from Epis, the zombies and the skeletons dispatched into the Unholy Wood.

So that they could find the entrance to the next floor of the Unholy Wood.

The next floor of Unholywood is called “THE PALACE” by Epis and the others but there is a gatekeeper at the entrance of the palace between the next floor and the “graveyard” that is the current level.

Epis is one of the strongest people in this unholywood, and despite that, Demilich is hostile, so it seems that she was not allowed to enter.

Of course me and Lisa Haruna don’t even need to confirm our hostility to Demilich.

Given the volume and strength of Demirich’s subordinates, it’s not a good idea to fight from the front as it would make a fuss and harder to attain our objective,so we were looking for another route.

Thus we headed towards the entrance of THE PALACE.

Even if we don’t break through from the front there is a need to get closer to the entrance of the palace.

“This looks a quite tough”

“Un…There are far more enemies than I expected”

Even though we had finally got closer to the entrance of THE PALACE for the time being,

monsters in the surroundings so it was quite a number.

I still think I can beat them, but I’m sure they will scream to gather more allies, and it would be difficult to break through.

I wonder if there is any other better way …

“That’s it! Hey Epis, Lisa Haruna, how do you tell a human different from a monster when they look similar?”

“It depends on the monster. Smart ones notice, stupid ones don’t.”

” I was attacked quite incessantly though.”

“It does look like an ordinary adventurer. I am sure it will attack for now. If it’s a monster companion they’ll surely call the others, and if I counterattack without saying anything, I am still an enemy.”

Is it all right monster?

“By the way, why you doing something like that?”

“No, I thought if I could infiltrate them as a monster to get in.”

“There is a possibility that u won’t be caught , but getting in looks tough. As unrecognized and uncertified monsters aren’t allowed for now.”

“But I think if well behaved infiltration is possible. They might think we are like a stray zombie.”

“I see. After you go inside, you don’t know what you would face.”

“That’s right. Vampires look just like humans, as you can see. I don’t know if all the undead inside know the vampire’s face.”

Once we successfully infiltrate everything will work out I guess.

For that it would be better to find another entrance rather than breaking through the main gate.

It’s not unusual for a large building to have more than one entrance. Usually there will be something like a tools and maintenance entrance or like an emergency entrance/exit already built.

The zombies that Epis called for are looking for it, but I guess I shall help too.

Hana (wombat style) appeared from the pillar of light.

Epis made a surprised look.

“This is my summon beast, Hana. Let’s have Hana look for it. It looks just like a small animal, and it’s useful to search in small places undetected. “

Thus I asked Hana to go ahead and start exploring.

Simultaneously I too began searching.