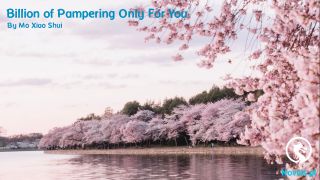 The Stand of Little White Mouse has the ability to repair anything, but the prerequisite is that the pieces must be complete and within a radius of 100 meters.

Within the scope, some of the paper ash itself may be incomplete, and some of it may still be in the original Universe. That, of course, is beyond repair.

“My God, these books are…” Su Jing just looked through a few pieces of paper, and then his eyes were filled with intense light.

Then he flipped over one or two hundred pieces of paper as fast as he could and his eyes became brighter and the expression on his face became more and more excited, and he was stimulated by many words above.

Although the contents are only part of the book and there are one or two pages that are not complete but it has stimulated Su Jing’s heartbeats to speed up.

Su Jing did not need to sort out other text information as he could guess which place and Universe the garbage came from just from the names of these scriptures.

“If I’m not wrong, this trash should have come from the Dachan Temple of the Yang God Universe,” Su Jing muttered to himself as he looked at the sorted techniques and the names of the scriptures.

After cultivation of the fleshy body reaches a certain level, one would be able to easily split mountains with their bare hands. While cultivating the soul ability is even more magical and mysterious.

The realms of cultivating the soul are divided into Composing the Spirit, Shell Shedding, Night Roaming, Day Roaming… In simple terms, it is to cultivate a state of mind in which the soul would get strengthened and one would be able to use various diving abilities.

There was once a Dachan Temple in Central State of the “Yang God Universe”, located in the middle of the Dagan Dynasty. It was an ancient temple that had stood for more than a thousand years and there was a time when it stood at the top of the world.

Many books have recorded the grandeur of this temple. It is said that this temple was so big and had so many floors that the little monks who offered incense to the Buddha and Bodhisattva had to ride horses to run over the floors every morning.

Unfortunately, because Dachan Temple contacted the relict of the previous dynasty, it was attacked by the royal army, and the thousand-year-old temple was burnt.

The papers that Su Jing had recovered with the help of the Little White Mouse have all come from the Dachan Temple.

The Buddhist scripture Buddha Statue that Su Jing posted on the Internet before is probably nothing in Yang God Universe even if it is not a copy and is an authentic work, because “Prajñā Meditation Sutra” is not ranked in the Yang God Universe at all.

For example, it would first repair the paper that says “Eight Divine Kings Scripture.”.

Those paper ashes are all within a radius of 100 meters, so the paper ashes belonging to this scripture will automatically float over, and then assemble and restore, like going back in time.

Unfortunately, the “Eight Divine Kings Scripture” was only half repaired, and it stopped. The Little Bai’s Stand ability was still in use, but there were no more pieces of paper ashes gathering here, which proved that the remaining parts were not nearby.

It is possible that the ashes may have floated someplace else when the temple was burning and no one would have any idea as to where it had gone.

Reluctantly, Su Jing could only change to another one, but unfortunately, he still only repaired a few scattered pieces of the second book and stopped. Then the third book, the fourth book… The process was not smooth at all.

It wasn’t until Little Bai was tired again that a complete book finally came out - “Vigorous Demonic Bull Fist”, although it was still damaged and missing, but it was all around the edges and not a single word was missing so reading it was easy.

There are a hundred variations in each formula, and they’re complicated, but once you master the method, you can go from shallow to deep, step by step.

Su Jing used his fists and kicks to start practicing one move at a time. In less than an hour, he was sweating profusely, and he actually completed hundreds of variations of the Vigorous Demonic Bull Fist three moves completely.

He felt warm and hearty all over his body.