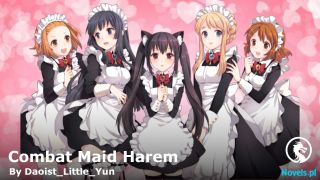 There are all types of fans here, and their lethality is not weak, but this time, except for a few who were very excited, the rest were very calm:

“The Buddha said, follow your heart, fate, and nature, don’t worry, the new song that should come will come sooner or later.”

“We see the same glass but whereas some people who see the glass as half-empty, we see it as the glass half full. It’s also winter. Some people complain about the coldness of the sky, while some praise the cleanliness of the ice. It’s also the Buddha Statue. It’s a peaceful state of mind.”

“I understand the true meaning of Brother Jing’s Buddhist scripture Buddha Statue: The Buddhadharma is boundless, saving all beings.”

“It turns out to be like that, Amitabha, being good is good.”

Seeing these replies, the people who came in to challenge Su Jing’s post were collectively stunned and a single sentence appeared in their mind: “What the hell?”

They felt as if they were punching in the air, and they were speechless for a while in the face of such an insane reply.

“Let me see.” Murong Xian’er eyes lit up and she gave up on practicing her song and took out her mobile phone to enter Su Jing’s weibo page.

“What’s going on with Mr. Su?” The business attire beauty doesn’t know what to say.

“Haha, his fans are so funny.” Murong Xian’er laughed and soon they were both laughing and they couldn’t help but laugh even harder as they continue to read the replies.

After some time, they carefully looked at the Buddhist scripture Buddha Statue, and gradually put aside their joking attitude, showing a look of surprise on their faces.

“Hey Senior Brother Su Jing posted a weibo.” Bei Jiahao clicked on Su Jing’s weibo and saw that it was the image of a Buddhist scripture Buddha Statue.

Because of his father’s influence, he believed in Buddhism since he was a child, and is quite accomplished in Buddhism and Zen, so he can see at a glance that this Buddha Statue is extraordinary.

He stared at the Buddha Statue for a long time as if he had obtained a treasure, and then recited the Buddhist scriptures on it once, twice, three times, and after three times, he stopped, and while the expression on his face was calm, his eyes were shining.

“Bei Jiahao, why are you free to call me at this time, aren’t you going to give a lecture?” A hearty voice sounded from the opposite side of the phone.

“The same Su Jing who played “God’s Overture”? What’s up with his weibo, did he post a new song?”

“He didn’t release a new song, but released the image of a Buddhist scripture Buddha Statue.”

“I’ll go take a look.” Bei Jiahao’s father was very interested in something like this and entered Su Jing’s weibo to see it. He couldn’t remain calm when he saw the Buddhist scripture Buddha Statue.

The Buddhist scripture Buddha Statue calmed him down, but at the same time made him excited. Only those who had studied Buddhism will understand the preciousness of this Buddhist sutra Buddha Statue.

“Dad, what Buddhist scripture is this from?”

“I don’t know, it’s a bit like Prajñā Heart Sutra, but it’s different. I’ve read all kinds of Buddhist scriptures, and if I can’t recite them all, at least I have an impression of it, but I’ve never seen this paragraph given by Su Jing. “

“Could it be… that he created it by himself?”

Meanwhile, in a monastery, Zhou Hongyuan, bald and dressed in monk clothes, was making tea and entertaining an old friend. He has officially become a monk and handed over everything in the family to his second son, Zhou Tianru.

According to him, the purpose of becoming a monk was to ask for forgiveness and to repay the sins done by his eldest son, whether or not it could repay the sins, but at least it allowed him, who was disheartened, to come out of his extreme grief.

It may be a good thing to do more good deeds in the second half of your life.

“Huh?” Zhou Hongyuan’s phone suddenly lit up and he picked it up.

“Aren’t you a monk, why are you still playing with your phone?” His old friend sitting across from him laughed as he spoke.

“Hehe, is it a conflict between being a monk and playing with a mobile phone? In our monastery, there is also Wifi. The teachings of Buddha is not about appearance, but about the state of mind.

Isn’t there a saying that, “The meat and wine have passed through the intestines, but the Buddha stayed in his heart.” Besides, I don’t play often, I only pay attention to a few things, such as a little friend I respect very much, he just posted a weibo.” Zhou Hongyuan spoke as he shook his phone.

“Su Jing?” The old friend across from him asked.

“That’s right.” Zhou Hongyuan said as he clicked on the weibo post, and he was stunned when he saw the Buddhist scripture Buddha Statue. He thought that Su Jing might have released a new zither song.

Many of Su Jing’s zither songs are helpful to foster a state of mind and are worth listening to, such as “Origin Cultivation Meditation Song”, such as “God’s Overture”, even the Abbots of their monasteries like to listen to Su Jing’s ancient zither songs.

But he didn’t expect it to be the Buddhist scripture Buddha Statue.

He looked at it carefully for a moment and recited according to the above Buddhist scriptures and his eyes gradually began to light up, until finally, his eyes were full of light and his eyes began to look at the picture as if he was looking at a treasure.

“Isn’t it just a Buddhist scripture Buddha Statue, why are you getting so excited?” His old friend leaned over to take a look when he saw the brightened expression on Zhou Hongyuan’s face.

“This is not an ordinary Buddhist sutra Buddha Statue, you wait here, I will meet the Abbot.” Zhou Hongyuan suddenly stood up and strode towards the backyard.

He felt that the Buddhist sutra Buddha Statue image posted by Su Jing was too mysterious, and he thought to ask the abbot for advice.