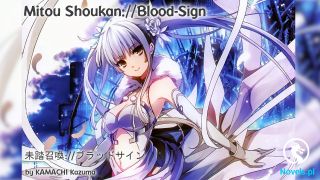 Among these auxiliary objects, there are also high and low points. The painting of a beautiful woman from the “Desolate Era Universe” is the first, followed by the dark gold stone tea tray from the “Shrouding The Heavens Universe”.

Of course, the fallen leaves of Immortal World/Eternal Life, the flowers of the man-eating vine, the scepter from the Tomb Of God Universe, and other edible and warm and nourishing supplements are not counted here.

“Just a few simple strokes of the Buddha Statue have this kind of artistic conception. The universe from which this garbage comes does not seem to be very simple. I should keep looking, maybe I would find a more subtle Buddhist sutra Buddha Statue.” Su Jing continued to flip through the garbage in search of it.

He quickly found a few Buddhist scriptures with a Buddha statue. What surprised him was that it was almost identical to the one he had found at the beginning.

It can be seen that these Buddha statues were all written by one person.

“It seems that these are just someone’s copying and brushwork.” Su Jing is feeling very sorry as the level of this person seems to be immature, otherwise, he would not have wasted so many sheets of paper.

But even so, one of them is still continued so much artistic value and one can imagine how extraordinary it would be if it were an authentic work, perhaps the real work would have been done by some otherworldly Buddhist Great Master.

Instead, he found some notes, recording some painting and writing skills and key points, which seemed to be written by the same person. The contents were detailed and would allow someone to keep improving.

“These notes, however, can be kept for my use.” Su Jing’s calligraphy has long been very artistic, but in fact, it is only based on the handwriting of “Eternal Life” and “Desolate Era Universe” and it is not a systematic study.

Some of the essentials and techniques in these notes are exquisite and very helpful to him. There is no need to say anything about the painting skills as they would be immensely useful to him.

He can barely draw clothing design drawings. If he became proficient in even painting then he would really become proficient in all aspects of Zither, Chess, Calligraphy, and Painting.

He picked up the Buddha Statue and examined it carefully for a long time. After making sure there was no omission or mistakes of any kind, he took out his mobile phone and took a photo.

Then, he logged on to his Weibo and posted it, hoping that ordinary people could also understand it.

The number of Su Jing’s weibo fans has exceeded 8 million a while ago, and the fans are relatively loyal. This weibo issue immediately attracted the attention of countless fans, and many online editors also came in to see it.

“Brother Jing has been silent for several days since the Live Streaming show he did with Murong Xian’er, and now he is finally active again.”

“Let’s see what he has posted, I hope it’s Ancient Zither Song…… Wait, what is this?”

“This is the Buddha Statue, right? The dense small print on it, is it a Buddhist scripture?”

“Is Brother Jing making fun of us? We want to listen to Ancient Zither, who would even read the Buddha Scripture nowadays?”

“Oh My God, what does Brother Jing mean by posting this, the color is the same as the emptiness and the color… Is it the rhythm of seeing through the red dust, Is he cutting off his hairs and becoming a monk?”

“No way, is there something wrong with Brother Jing and Shi Qing?”

One has to say that the gossip heart of netizens is like a surging river, and it can’t be stopped. It is no wonder that a little bit of movement from a celebrity can be infinitely enlarged by their brains, and then they make up all kinds of conjectures.

Fortunately, there are still some people who have discovered the extraordinariness of this Buddhist sutra Buddha Statue.

“Hey! This Buddha Statue is quite artistic.”

“It really is, I feel a sense of peace in my mind looking at it.”

“Really? Are you sure you aren’t high? Let me see…”

“This is the first time that I have found that a Buddha Statue could be so amazing.”

“And that Buddhist scriptures, that is really not so simple. It kind of gives a feeling of detachment, it is as if nothing would matter in front of it.”

Because someone took the lead, more and more people started to look away from Su Jing’s emotional gossip and towards the Buddha Statue itself, and they fell in love with it.

Nowadays, many young people do not believe in Buddhism, or at least they do not take the time to visit Buddhism temples and worship Buddhism.

After all, we all know that we have to depend on ourselves for everything so why would we worship. But at the moment, looking at the Buddha Statue, they all have a kind and peaceful feeling.

When Su Jing’s weibo first appeared, many people were disappointed and eager to hear Su Jing’s explanation, but now, looking at the Buddhist sutra Buddha Statue, they gradually became less anxious and calmer.

At this time, many Onlookers poured into weibo, and when they saw the Buddhist scripture Buddha Statue, they couldn’t help but gloat over Su Jing’s imaginary misfortune that they have imagined in their heads.

“Haha, I thought Su Jing released a new Ancient Zither Song, so I came in to watch it, but I didn’t expect it to be some Buddha Statue.”

“Yoo, Brother Jing, you are playing a trick on your fans.”

“Heh heh, I guess Su Jing is running out of ideas now.”

No matter when or where, there are always some people on the Internet who would put others down no matter the circumstances. These types of people are clearly here to pick things up on purpose and put down Su Jing.

Maybe they are in a bad mood and wanted to vent here. In the past, Su Jing’s fans would definitely go back him up in front of such people.