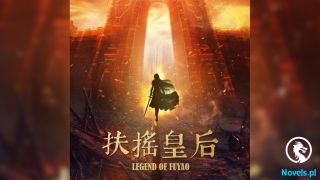 Dressed in a formal outfit and well combed hair, she was shaking hands politely with the representatives of Jingsheng Enterprise. She signed the contract calmly but her heart was full of emotions.

It was a great deal of money which her cousin had donated to the school. He had splurged so much just for her sake!

She was a poor principal who needed to rob others of their money but her school was so rich!

Couldn’t she get some bit from it too?

Grandmother had kept a tight leash on her and gave her no pocket money. If she had not snatchedsome money from Zheng Jing a few days ago, she would not have been able to even afford a meal.

Of course, none of this was important. She would always be able to get money if she wanted. What was more, her salary was going to be transferred to her in a few days and then, she would have plenty to spend!

What mattered right now was the person who came to sign the donation papers on behalf of Jingsheng Enterprise!

Normally, it would be the Public relations department’s job to look after the charity projects of Jingsheng Enterprise.

Liang Fushi was the Deputy President of the enterprise, the leader of the highest rank in the Public relations department. But Liang Fushi was always busy, so he never attended any low ranking formal occasion.

The Director of Public relations department had been expected to handle this task.

Unfortunately, however, the Director had a very big fight with her husband the night before and her face bore scratch marks. She had been crying for the entire night and her eyes were swollen. Hence, she had asked her most trustworthy subordinate, Mi Xiaoxiao, the Deputy Director of Public relations department to do the needful.

Mi Xiaoxiao was also dressed in a formal outfit, a black overcoat with skirt, which was the standard uniform of Jingsheng Enterprise. She had a white blouse tucked inside the skirt primly and her hair was tied up in a knot, showing her long and elegant neck.

She talked formally and politely. Her face looked charming and elegant, not at all resembling the lustful woman whom Zhao Anan had seen earlier.

The top managers of the school, who were supposed to receive the delegations of Jingsheng Enterprise, all looked very serious, yet all of them were sneaking peeks at Mi Xiaoxiao.

They had never expected that such a beautiful and elegant lady would come to deliver the donation.

Talking with her was such a pleasure!

Zhao Anan got so annoyed that she almost crushed her teeth.

This woman was so artificial. She was an employee of Jingsheng Enterprise and held such a high position. How could there be such a pretentious woman working at Jing Yichen’s company?

When no one was paying attention, she threw a provocative look at Zhao Anan when she was shaking her hands, then she said generously, “Principal Zhao is so young and successful. I am sure that University of X will be enhanced to a higher degree under your direction! Be sure to get your excellent graduates to work at our company. Jingsheng Enterprise is always very interested in talent, that is why we donated so much money to the school. Happy collaboration!”

However, she was not allowed to do so. Mi Xiaoxiao was here on behalf of Jingsheng Enterprise. If she slapped her, then it meant that she was slapping Jing Yichen. Even if Mi Xiaoxiao had not been a part of Jingsheng Enterprise but any other company, she still could not have created any conflicts with her, otherwise no one would give donations to their school any more.

So Zhao Anan had to press down all of her anger and smile at her brightly.

She could put on a show, too!

She was a principal now, so of course she needed to learn how to be an actress!

She could tell the important from the unimportant. Although she wanted to strangle Mi Xiaoxiao at the moment, she was still showing hospitality to her as if she had run into her own sister!

“Thanks for your words. We will work hard and cultivate excellent talents for the country and serve the society. Thank you so much for your support. It has always been the students’ dream to work at Jingsheng Enterprise. Happy collaboration!”

Zhao Anan had learnt to communicate with people in an official way, and she was forced to practise such words repeatedly every single day, so she was quite good at it now.

Mi Xiaoxiao looked a bit surprised. Since when did Zhao Anan become so mature?

Just a few days ago, she was an irritable girl and now she turned so graceful and sensible?

Also, when did she become the principal of University of X?

Mi Xiaoxiao had once heard from Shangguan Ning that she and Zhao Anan had been fired by the old principal, so… was Zhao Anan here to take revenge?

She thought that it was a risky proposition for Zhao Anan to have become a principal.

Zhao Anan was a very careless woman. Even if she might be behaving herself after taking up the position, she still could not control such a big school in the long term.

Mi Xiaoxiao was right, because Zhao Anan, at this moment, truly, wanted to pick a fight with her.

Shangguan Ning knew about the donation, but obviously, she had not known about Mi Xiaoxiao’s presence at the school. If she knew, she would not have allowed Mi Xiaoxiao to conduct the transaction.

Mi Xiaoxiao was an employee of Jingsheng Enterprise, and that would make Zhao Anan suspicious.

But Shangguan Ning had overestimated Zhao Anan’s brain. When she saw Mi Xiaoxiao, she got so annoyed that she forgot about her identity.

Shangguan Ning did not think that the donation was a waste.

It was because she found the cause to be of great significance. Apart from helping Zhao Anan at school, the donation could help numerous poor families too.

She had been helping children who could not go to school and was doing that much before she got to know Jing Yichen. She knew these children far better than Jing Yichen and Zhao Anan did.

Many children truly craved education and some high schoolers who had excellent grades but little money had to quit school, to work because of the tuition fees.

She was not a saint, but if she could be of some help, she would always try her best. She had always received help from some kind-hearted people in her life.

When she first left home and went abroad, she had been confused. A senior student sharing the same dormitory with her often took her for a walk outside the campus. They did not know each other well, but her hospitality had given her warmth and that was how Shangguan Ning picked up playing tennis again. The senior student had given her a lot of encouragement.