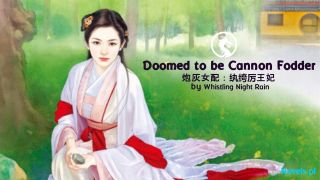 「An eye for an eye! Strength against strength! 《Draconic Power》!」

The ancient golem swung down its giant fist toward the charging Stella.

The sound of the fist clashing against the shield resonated in the room.

Thanks to Caladbog’s ability to absorb impact, Stella was unscathed despite receiving such a powerful attack with her shield.

However, the momentum from the ancient golem’s punch still forced her to retreat.

「GUUUUH! This guy can beat me in brute strength! What a monster!」

Stella said in an agonizing voice. Even though she said those words, her face had a ferocious smile.

It could be seen that her first clash against a monster whose strength surpassed her had ignited her battle instincts.

Vulcan made a beeline toward the golem from the side and struck it with her Mjolnir as if she were hitting a home run.

The Ancient golem immediately reacted and lowered its arm to the side in order to protect its flank.

Its reaction speed was befitting that of an S-rank monster. This showed that despite its huge and sturdy frame, the golem was an intelligent being.

Lily and Faeri invoked their magic spells from the backline. Lily released a barrage of light bullets while Faeri summoned four wooden whips.

The branch whips restrained the golem, and the light bullets struck the golem’s flank, destroying its balance in the process.

Then, the four wooden whips that were twining around ancient golem’s limbs pulled it to the side, destroying its balance even further.

Finally, under the cooperation of the four of them, the ancient golem toppled down like a sack of potatoes.

Vulcan and Stella didn’t miss that chance. They leaped toward the ancient golem and struck it down with Mjolnir and Claiomh solais.

Vulcan was aiming for its chest, while Stella was attacking its only eye. However…

The ancient golem spoke those words with its inorganic voice.

Two gigantic, metal shields immediately appeared in between the duo and the ancient golem. The shields repelled the duo’s attacks at the same time.

「And those two floating shields beside it are… troublesome-nyan.」

Seeing that they had failed to land a clear hit, Vulcan and Stella kicked the shield to retreat.

The Ancient golem stood back on its feet as it let out a low groan. Its two shields floated around it as if they were protecting their master.

「This golem changed its fighting style!」

After saying so, Stella charged straight toward the ancient golem. As expected, the gigantic, floating shields stood in Stella’s way.

Stella just lightly pushed back. She then stepped back and rushed again.

The Ancient golem let out a bewildered voice upon seeing Stella’s incomprehensible action.

It seemed that Vulcan had comprehended the logic behind Stella’s actions against the ancient golem.

Thus, she instructed the two fairies.

After replying to Vulcan, Lily and Faeri used their skills again to attack the ancient golem.

The ancient golem let out a warcry upon realizing that it had become the target of the two fairies.

Thus, it moved one of its floating shields again, aiming to crush the two fairies.

Vulcan leaped out to protect the two fairies. She sent the floating shield flying into another direction with a strike from her Mjolnir.

Lily and Faeri attacked the ancient golem while Vulcan protected them.

Meanwhile, Stella was using her charge attack with Caladbog on the other floating shield over and over again.

Maybe because it finally snapped out, the ancient golem stopped using its floating shield. It directly charged toward Stella with its huge body.

It seemed that the golem was disregarding Lily’s and Faeri’s attacks and deemed them too weak to hurt its tough body.

Once again, the ancient golem’s fist and Stella’s Caladbog clashed.

However, the result of their clash was different from before.

Stella didn’t block the golem’s fist with her shield this time. She inclined her shield like how Tama taught her to parry.

And then, at the next moment―

Stella closed in on the ancient golem’s defenseless chest and stabbed with her Claiomh solais.

It then released all the impact it had amassed at once from its sword’s blade.

The ancient golem let out a dying shriek.

Several cracks appeared on its chest.

Stella had been using charge attack over and over again with Caladbog to gather enough power for this one, fatal attack.

Faeri grasped Vulcan’s intentions and used her magic spell to seal the movements of the ancient golem’s limbs.

「This is my full purrwaaa!」

Vulcan leaped high in the air.

She swung down Mjolnir with its boost activated toward the center of the cracks on the ancient golem’s chest.

Mjolnir smashed the ancient golem’s chest, and the noise resounded in the entire room.

The golem’s smashed chest exposed something embedded inside the golem. It resembled a shining red jewel.

This jewel-like thing was the power source of the ancient golem, its 〝Core〟.

Vulcan signaled Lily as the recoil from her all-out attack blew her backward.

Lily locked onto the target and fired her light bullet.

The magic spell, whose firepower and precision was on a new level now because of the training from Beelzebub, pierced through the ancient golem’s core.

The girls tried to be sure of their victory by poking the ancient golem.

「We defeated an S-rank monste~r!」

Vulcan went to the three of them and shouted, 「Good job everynyan!」.