Support
Random Novel
The Most Loving Marriage In Hist 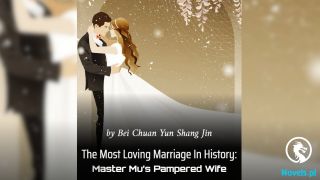 Gyudra raised a war cry as it approached Cedric. The middle one of its three heads raised and fired its fire breath at Cedric.

「Good grief! As expected of an S-rank monster!」

Cedric leaped to the side, dodging the monster’s wide-area breath attack. However, Gyudra’s attacks had yet to end.

Cedric raised his long sword above his head. He released the power of darkness bestowed to him by his little brother-in-law, Maiya the archmage. The sword’s silver blade became jet-black.

Cedric looked at the incoming ice breath with a calm expression and swung his jet-black long sword.

After colliding with the jet-black blade, the ice breath vanished at a rapid pace.

All of Gyudra’s three heads let out astonished roars.

A mere human had single-handedly handled an attack from it, an S-rank monster. It was an unbelievable situation for Gyudra.

The Darkness element’s trait was 〝Snatch〟

Cedric asked with a cool face, then swung his long sword again.

（I don’t know why, but I feel that I shouldn’t prolong the fig—）

Gyudra suddenly had a premonition. It shot its fire breath from its right head.

The next moment proved that its judgment was right.

When Cedric swung his sword, the blade fired a torrent of ice energy.

The torrent of ice energy clashed with the fire breath. The clash of the two opposite energies caused a small-scale explosion.

The impact of that explosion sent Gyudra flying away.

Cedric, on the other hand, just had to jump back to offset the impact. He beautifully landed on the ground.

「Yup, darkness’s power is amazing after all.」

Cedric spoke with a cool expression as he readied his sword again.

Yes, the reason he could perform the previous attack was darkness’s magic.

He made full use of the darkness element’s trait. He had stored the power he snatched from Gyudra’s ice breath into his sword, ready to be used at any given moment.

That overpowered darkness element’s trait, his sword, and the courage to not back down in front of an enemy’s attack, all these factors combined became the mold for Cedric’s combat style.

Gyudra’s six eyes locked onto Cedric as it let out a low groan.

It was starting to feel the terror of the human who stood in front of it. This human had managed to oust two of its most powerful attacks, which could annihilate most living beings.

「Since you don’t want to move, allow me to steal your turn then.」

Cedric walked toward Gyudra while twirling the sword in his hand.

Gyudra didn’t attack Cedric again after the latter had absorbed its breath attack. It bared its teeth and intended to bite Cedric.

「You might be an S-rank monster, but I guess it doesn’t change the fact that you’re JUST a monster.」

Cedric dodged each of Gyudra’s bite attacks with flowing footwork. He continued to speak to Gyudra, who had a dumbfounded look on its face.

While dodging Gyudra’s attacks, he stabbed its head with his sword, which was covered in darkness’s power.

Gyudra let out a screech. More than pain, it felt dread. It felt as though this attack had robbed it of its very life force.

Gyudra let out an agonizing scream. The last one of its three necks, its right head, fired a breath attack.

Cedric dodged that breath with a big side step.

The ground where Cedric stood just a moment ago turned into minerals along with a dry crackling sound.

「Great! Now I know all the elements you can use.」

Gyudra let out a surprised groan upon hearing Cedric’s remark.

It had shown its ace in the hole so that this human would become scared and think that it still had another hidden hand.

Yet, the situation turned outside of its expectation. Cedric had a relaxed expression on his face as if he had gotten a full grasp of his opponent’s skills.

Gyudra was known as a monster that could use different elements. That was why it was regarded as a troublesome monster amongst all the S-rank monsters. It was the reason Cedric had been biding his time.

However, the Gyudra in front of him had already exposed all of its elements by now…

「As long as I know all the elements you can use, there’s no need for me to become cautious before you.」

Immediately after speaking, Cedric made a beeline toward Gyudra with a speed incomparable to before.

Then, he slashed to the side with his sword, which was covered in darkness’s power.

Having realized the power of Cedric’s sword in the previous attack, Gyudra didn’t dare to hold back anymore. It went all out.

Gyudra’s body shone for a moment. Then, a pair of wings grew at its back.

This form was something Gyudra had saved for a life-threatening crisis.

Gyudra’s figure rose high in the air with just one flap of its wings. Then, it fired three different breath attacks toward Cedric, each from one of its mouths.

It was an air raid composed of three elemental breath attacks! An out-of-the-box attack… or so Gyudra thought.

After saying those words, Cedric jumped high in the air.

He slashed at Gyudra with his sword.

This slash contained the power of the petrification breath that Cedric had snatched just now. It struck Gyudra’s left wing.

Gyudra lost one of its wings. It couldn’t keep its balance in the air, so it crashed on the ground.

He stabbed the fallen Gyudra with his sword. The expression on his face made it seem as if he were enjoying this situation.