Chapter 423 Father-in-law Who Has Forward Thinking

Seeing Wei Fangxia, Li Yong feels nervous. Before he can cover Wei Fangxia’s mouth, Wei Fangxia begins to scold. Her words obviously startle Han Fei who is taking a shower. She opens the door of the bathroom a little, puts out her wet head and asks, “Brother Yong, what’s happening?”

Wei Fangxia is startled. She doesn’t know that Han Fei is here. She suddenly stops talking and is very regretful.

Although she is angry at Li Yong, she doesn’t want him to be embarrassed.

She knows she has changed. In the past, she really wanted to tell Han Fei and Han Lu about Li Yong’s lustful behavior. But now she deliberately hides it. Because she doesn’t want to reveal the affair between her with Li Yong.

“It’s okay. You can go on washing!” Li Yong blocks Feng Yumeng with his body and says.

But Han Fei stands high and sees Feng Yumeng. She wipes the water on her face and asks in surprise, “Who’s this woman? Ms. Wei, did you say that she is Brother Yong’s wife?”

Han Fei thinks Wei Fangxia is strange. She can’t understand her words, because in her heart, Li Yong has only one wife. That is her sister Han Lu.

Wei Fangxia hesitates and looks at Li Yong who is poor. Then she says firmly, “No, I didn’t say that.” Saying this, Wei Fangxia blames herself for lying. She loses her personality for Li Yong.

Men have such charm and can let a woman who never lies learn how to lie.

Obviously, Han Fei believes Wei Fangxia. But facing a strange beautiful woman, she still walks out in a bath towel. She looks at Feng Yumeng and asks, “Why are you here?”

She doesn’t get the answer, so she stares at Li Yong and asks, “Brother Yong, why is here a strange woman?”

Li Yong smiles and says faintly, “Fei, this is a Japanese friend of mine. She is Mengmeng. She did medicine business in the past and is very familiar with the medicine market of Japan. She can help us make a way for our medicine into the Japanese market. I especially invited her here to help you explore the market.”

“Oh, Brother Yong, you are so thoughtful. How do you do, Ms. Mengmeng?” Han Fei doesn’t suspect. She respects Li Yong very much and greets Feng Yumeng friendly.

“How do you do, Ms. Han?” Feng Yumeng knows Han Fei. She plotted a series of schemes against Han Fei, but she had to escape from Huaxia before she can carry them on.

Han Fei walks into the bathroom again and the voice of water sounds in there.

In the room, Li Yong, Wei Fangxia and Feng Yumeng look at each other and are all silent.

“Well, I’ll leave now.” Feng Yumeng thinks the atmosphere is awkward and can’t stand it. She has several million dollars given by Li Yong. The money is enough for her to live in a good hotel.

“Come back.” Li Yong says in a low voice.

“Why?” Feng Yumeng is nervous. She is a little afraid of him. The good feeling of taking revenge just now has turned into horror. She is afraid that Li Yong might take revenge on her. She is just a weak woman and is no match for Li Yong.

Li Yong doesn’t answer, but asks Wei Fangxia, “Ms. Wei, do you have anything to say?”

Wei Fangxia came over hurriedly because she really had something to say. Seeing the strange woman hidden in Li Yong’s room, she was so angry that she has forgotten it. At this moment, hearing Li Yong’s question, she hesitates and says, “I found that there is a suspicious man outside the villa who tried to climb over the wall. I drove him away, but he came back again.”

“Oh, I know. Just pay attention,” Li Yong says faintly. He waves his hand and signals Wei Fangxia to get out. He can talk with Feng Yumeng only after Wei Fangxia leaves.

Wei Fangxia doesn’t leave immediately. She looks at Li Yong and Feng Yumeng and asks suddenly, “Is she your woman?” Wei Fangxia is afraid of being heard by Han Fei, so she lowers her voice.

“No,” Li Yong says firmly in a low voice.

“Then why did she get out of the closet?” Wei Fangxia says resentfully. Obviously she doesn’t believe Li Yong’s words.

“She was looking for clothes,” Li Yong says calmly.

“Bah.” Wei Fangxia has never seen a woman who has to get into the closet to look for clothes. The closet is not big. She can reach out her hand to touch the innermost part and doesn’t have to get in there.

Besides, why did a strange woman come to Li Yong’s room to look for clothes?

As a special policewoman, Wei Fangxia knows clearly that Li Yong is lying to her.

Li Yong also knows that his lie is too obvious. He gently pulls Feng Yumeng. Feng Yumeng understands him and says reluctantly, “Yes, I was really looking for clothes. I…”

Being glared at by Wei Fangxia, Feng Yumeng shivers out of fear and dares not to continue to say.

There is a frightening temperament on Wei Fangxia.

“Bastard, you can’t sleep with any women.” Wei Fangxia pinches Li Yong’s ear and pulls with strength. Then she turns around and walks out. She slams the door with a bang to express her anger.

She can’t understand why Li Yong sleeps with any women. Is she worse than that kind of women?

“You can’t leave. You are my friend now who is called Mengmeng. You are very familiar with the rules of Japanese medicine industry. You have to help my sister-in-law establish a medicine company in Japan. Do you understand?” Li Yong lowers his voice and says.

“I…” Feng Yumeng is a little hesitant, because she once cheated the Han Family and almost made Han Lu go bankrupt. She is afraid of being recognized by Han Fei. She knows that the Han Family won’t let go of her.

“What? You don’t want to do it?” Li Yong says angrily.

“I… I have other things to do… I…” Feng Yumeng really doesn’t want to do it, but she dares not to refuse directly.

“How about this? I’ll give you a salary as long as you can help my sister-in-law. I’ll give you 100 thousand dollars when the company is established.” Seeing that Feng Yumeng is reluctant, he has to tempt her with money.

He knows that Feng Yumeng ran medicine business in the past and should be familiar with this aspect.

Feng Yumeng is touched, because the several hundred dollars Li Yong gave her is not enough for her to live. She has no work, salary, home or a place to live. She even can’t get the three meals a day.

If she has 100 thousand dollars, she can live for a period comfortably.

But she suddenly realizes that she still owes Li Yong a lot of money.

She left Wu Yuting’s wholesale center of adult health product without saying goodbye because she can never pay the money she owes Li Yong. She can’t see the hope of the future.

Thinking of this, she becomes sad again before she can be happy.

After hesitating for a moment, she says, “I really know well about the rules of the medicine market of Japan and I can help you establish a medicine company. But you can’t deduct my salary. My mother once cheated the Han Family of 1.5 billion yuan. You should reclaim it from her. It’s none of my business. You can’t count my mother’s debt on me.”

“Of course. If my sister-in-law knows you are that cheater, she won’t let you go. She will arrest you and send you into prison. By then, you’ll spend the rest of your life in prison,” Li Yong sneers and says.

Feng Yumeng is startled and says uneasily, “Please keep it a secret for me.”

“You can rest assured! As long as you work hard, act well and don’t plan something bad, you won’t be exposed. From now on, you’re my friend, Mengmeng. Well, you can get a room to rest now!”

After Feng Yumeng left, Han Fei finishes washing and walks out from the bathroom in the hollowed-out black pajama.

Li Yong stares at her white and fair skin and thinks Han Fei is very sexy.

“Brother Yong, where is your friend?” Seeing that there is only Li Yong in the room, Han Fei asks.

“Okay, I’ll sleep inside of the room and you can sleep outside of the room,” Saying this, Han Fei climbs onto the bed first. Then she lies on her side, opens her big eyes and looks at Li Yong.

“Are you really going to look at me?” Li Yong chuckles.

“Who else should I look at if I don’t look at you?” Han Fei smiles and says.

Li Yong is not sleepy either. Even if he is sleepy, he can’t fall asleep when being watched by Han Fei! He thinks and asks, “Fei, what kind of man do you think I am?”

Han Fei seems to think carefully and says smilingly, “Brother Yong, I think you have an obvious advantage and an obvious shortcoming.”

“Your advantage is that you are capable of making money. Do you know that you have become the backbone of our family? Now even Lu speaks highly of you. She said you brought a lot of money back from Thailand. This time in Japan, you will definitely make a lot of money. With the money, the businesses of our Han Family will go to the world.”

“What is the shortcoming?” Li Yong continues to ask.

“The shortcoming is that you are too fickle in love. Even I am worried about you, not to mention my sister. My dad told me and Lu to have an eye on you. We can’t let other women flirt with you. If Lu can’t satisfy you, I can…” Saying this, Han Fei is too shy to continue to say.

“Did our dad really say it?” Li Yong is excited and feels his father-in-law is really a good man! He really has forward thinking and broad vision. The Han’s Group will surely make a comeback!

Li Yong has to grit his teeth to develop the Han’s Group and make it go to the world!

“Really, I didn’t lie to you,” Han Fei says seriously.

“What about our mother? What’s her opinion?” Li Yong asks.

“Our mom is too conservative. She will be angry if she knows it, so we have been hiding it from her and dare not to let her know,” Han Fei sighs and says, “Mom said it’s a man’s duty to make money to support the family. No matter how much you earn, you should not be fickle in love. Men who are fickle in love are all bad guys.”

Han Fei falls asleep as she speaks. Li Yong covers the quilt for Han Fei, gets out of bed and walks out. 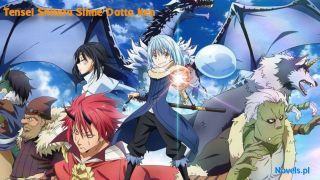