Lyu Binlin looks bitter and hurriedly explains, “Yong, I’m sorry. There was a traffic jam on the road.”

“It’s none of my business. Since you’re late, I’ll send you into prison,” Li Yong says seriously, “Madam Wei, handcuff him and investigate his illegal behavior.”

Wei Fangxia takes out shiny handcuffs from her bag at once and puts it on the table.

“Yong, forgive me this time! There was really a heavy traffic jam on the road. See, we are sweating all over the bodies to rush over. I nearly wet my pants. I really dared not to delay…” Lyu Binlin wipes his eyes, cries bitterly and sheds tears, because he is really afraid of Wei Fangxia arresting him now.

Last time, because Li Yong called the police, Wan Yixiao is still in the detention center. He is about to be convicted. It’s useless even if his godfather Provincial Governor Wan intervenes personally.

If Li Yong sends him into prison again, he might also be in danger.

It’s because he has done many evil things. He can’t escape from punishment as long as the police investigate him. He once thought in a dark night that he can be sentenced to ten years’ imprisonment because of his crime.

“We’re only one second late.” At this moment, another sweaty man walks in. He also ran here like Lyu Binlin in a hurry.

He is wearing a set of famous-brand suit with hair carefully combed. But he also sweats because of running too fast. His white shirt is wet with sweat. He looks weird in the black suit.

Li Yong looks up and sees that it is Wu Dan.

Seeing Wu Dan, Han Fei is disgusted. She looks at Li Yong and says, “Brother Yong, drive this bastard away.”

Li Yong knows that Han Fei particularly hates Wu Dan. When Wu Dan pursued Han Fei, he used all kinds of bad means. Han Fei was so angry that she swore that she would never see him again.

Wu Dan also used two million yuan as the bait, trying to trick Li Yong to make an appointment with Han Fei, so that he could see her.

Li Yong promised for the money, but he beat him at his own game and used violence to drive Wu Dan out of Zhonghai City. He also took over all of pharmaceutical businesses and stores of the Wu Family.

According to these things above, Li Yong and Wu Dan should be enemies and can’t be mediated since Li Yong took over all the pharmaceutical businesses of Wu Dan in Zhonghai City.

However, Wu Dan comes to him again and shows a flattering face.

But when he sees that Han Fei doesn’t like him, Li Yong squints and says coldly, “Get out of here.”

Wu Dan smiles awkwardly, “Yong, if I hadn’t persuaded Boss Lyu, he wouldn’t have promised to sell the channel company to you. Save me some face! I’m helping you sincerely.”

“Yes, I do it because of Wu Dan.” Lyu Binlin says hurriedly, “If you drive him out, I won’t sell the company. I won’t sell it even if you send me into prison. I have such right.”

In the face of Li Yong, he always has a feeling of panic.

Wu Dan is also nervous. He knows that Li Yong has cruel means and he also doesn’t want to provoke Li Yong. He tries his best to cooperate with Li Yong and doesn’t want to be his enemy.

Half a year ago, Li Yong was just an unimportant man for him. But now, when Li Yong’s face becomes sullen, he is scared and will reflect on what mistake he has made.

When the two men don’t know what to do, Han Fei makes a compromise and says, “Well! Then just stay here.”

“Ms. Han, thank you for saving face for me. It’s worth dying to see you today.” Wu Dan says excitedly.

“You are still talking after I told you to shut up. You really deserve to be hit.” Han Fei clenches her fist tightly and hits hard on the table. She really wants to smash Wu Dan’s mouth.

Wu Dan becomes happier, but he grits his teeth and dares not to speak again.

Then Han Fei takes out the contract and puts it in front of Lyu Binlin.

Lyu Binlin has seen it many times before, but he still pretends to look at it. He wants to let Wu Dan have more time to stay with Han Fei. He is moved by Wu Dan’s love for Han Fei and wants to help him.

Ever since he left Zhonghai City, Wu Dan has been obsessed with Han Fei. Especially when he saw his sister Wu Yuting made the business larger and larger with Li Yong’s help and has surpassed him in the family, he wanted to make friends with Li Yong to get his help.

He feels humiliated if he is surpassed by his younger sister.

So he found Wu Yuting, but Wu Yuting knew Li Yong’s temper and didn’t want to alienate Li Yong because of her brother’s affair. Therefore, although she answered, she didn’t contact Li Yong.

She felt that it was too abrupt to talk directly to Li Yong about her brother’s affair. She is waiting for an opportunity.

Wu Yuting can wait for a chance, but Wu Dan doesn’t have the patience.

He thought about it and his eyes fell on Han Fei.

He has the same intention with Zhou Honghui. They both plan to marry Han Fei, become Li Yong’s brother-in-law and get his help.

As a result, he promoted the deal between Lyu Binlin and Han Fei, because he wanted to show up to ease the tension between him and Han Fei. As long as Han Fei no longer hates him, he can pursue her once again.

When Wu Dan takes a glance at Han Fei lightly, Li Yong says faintly all of a sudden, “Last time, the provincial special police came to Zhonghai City to arrest me. Was it you who planned it?”

Both Lyu Binlin and Wu Dan are in a daze. Wu Dan doesn’t know about it, but Lyu Binlin is startled.

These days, Lyu Binlin has no desire to avenge himself, not to mention to take revenge on Li Yong. He prays in front of Bodhisattva every day and hopes that Li Yong don’t cause him any trouble.

“No, no.” Lyu Binlin knows well that it was the strength of his family, but he dares not to admit it.

Lyu Binlin is nervous when being looked at by Li Yong. He wipes the sweat on his forehead and hurriedly signs.

Li Yong makes him feel uneasy. He just wants to leave here at once.

Seeing that Lyu Binlin signs the contract, Han Fei signs it at once on behalf of the company.

Therefore, Guanjie sales channel company that originally belonged to Gu Shangwu officially becomes a subsidiary of the Han Family. In the future, it will be very smooth for the Han Family to sell their drugs to any cities since they have the qualification.

Han Fei happily puts away the contract. Then she calls Han Lu and lets her send someone to take it over.

Lyu Binlin takes the contract and hurriedly leaves without even taking a bite of the meal.

Seeing that Lyu Binlin leaves hurriedly, Wu Dan also stands up and says reluctantly, “Yong, you helped my sister. I also helped you. We can continue to cooperate from now on. There is a great space for us to cooperate.”

“Get out.” Li Yong is not interested at all. He only wants to drive away whoever Han Fei hates.

He hates all the people that Han Fei hates.

Wu Dan is not angry. He smiles and salutes with hands. Then he turns around and leaves.

“Brother Yong, we have taken over the channel company. When shall we go to Japan?” Han Fei says happily.

Li Yong smiles, looks at Wei Fangxia and asks, “Ms. Wei, have you got my new identity?”

“I have submitted the relevant materials yesterday. You can get the certificate tomorrow.” Wei Fangxia says faintly.

“Fei, book the tickets! Book a few more and we can set off tomorrow night.” Li Yong says with a smile.

“How many should I book?” Han Fei asks.

Li Yong calculates in the heart. In addition to him and Han Fei, Wei Fangxia and Kuwasawa Amami also need to go. Wei Fangxia is the bodyguard sent by Director Yang. Although she is not very useful, Li Yong can’t refuse her. At least the gun she’s carrying can help sometimes. Besides, Wei Fangxia is beautiful and can refresh his mind.

Kuwasawa Amami is the translator. So far, Li Yong knows nothing about Japanese. He must take a translator with him.

He also needs to take Hongyu. Since he has decided to save Jin Wei, he has to let Hongyu lead the way.

“You’ll know then.” Li Yong says with a mysterious smile.

Mr. Li is sitting quietly. He doesn’t look mad anymore. It’s just that he still talks nonsense when he speaks.

Fortunately, Li Yong comes to have a look. Otherwise the black gas will consume the spiritual power completely in a few days.

This makes him discover that the black gas is far more powerful than his spiritual power. The man who infused the black gas into Mr. Li’s body must be far stronger than him. Li Yong feels that the world is so big and there are many masters.

After seeing this, he takes out the silver needle and infuses another ten wisps of spiritual power to wrap the black gas.

He calculates in the heart that according to the consumption rate, Mr. Li should be okay in about ten days. At that time, he will have come back from Japan. He and Du Duoduo will find out and get rid of the man who paid to kill him. Then he can take Mr. Li to look for his parents. 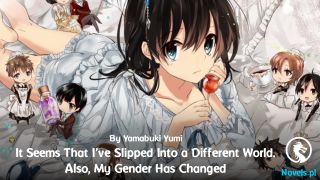