Everyone takes the elevator, but Liu Xiaoyue hides into the stairs alone. She is obviously afraid of being seen by others.

Li Yong puts himself in her position to think. If someone breaks in and tries to comfort him when he is crying, what will he do? He must be very surprised and embarrassed. It must be very difficult to accept!

If he rushes over now, Liu Xiaoyue will be the same.

Li Yong opens the clairvoyant vision and sees that Liu Xiaoyue is facing the wall. She unceasingly twitches the shoulders and cries involuntarily. The volume of her voice changes. She has tissue in both hands and keeps wiping the tears.

Li Yong thinks about it and decides to wait outside for a while. He decides not to disturb Liu Xiaoyue.

He feels that when one is sad, he or she shouldn’t be disturbed by an outsider, especially those who are unfamiliar with him or her. Li Yong feels that he and Liu Xiaoyue are not familiar.

Although he had a crush on Liu Xiaoyue once, but he just liked her beautiful face, good body shape and temperament. He didn’t know much about Liu Xiaoyue. He didn’t even know her hobbies and family status.

Because they are not familiar, Li Yong doesn’t know how to comfort her.

He steps out of the stairs and sees that Luo Qingmin is peeping.

“Are you following me?” Li Yong asks in surprise.

Luo Qingmin is embarrassed. She has been very careful, but is still unexpectedly discovered by Li Yong.

“How can you deny it? You’re obviously following me.” Li Yong says firmly.

Seeing that she can’t deny it, Luo Qingmin has to be shameless. She glares at Li Yong and says proudly, “I am following you. What can you do to me?”

Of course Li Yong won’t do anything about her. He smiles and asks, “Why are you following me?”

“I just want to see you. Can’t I?” Luo Qingmin glares at Li Yong and looks cute. Her skillful acting skills can fool everyone.

However, Li Yong doesn’t believe it at all. He sneers and says, “As the vice president of the company, you don’t work hard in office hours but follow me. Do you know this is my company? Tell me what you want to do. Do you believe I’ll tell this to my wife and she will fire you at once?”

Thinking of Han Lu who is impartial and incorruptible, Luo Qingmin is scared. But she pretends to be indifferent and says faintly, “I am god sister of President Han Lu! Do you think she will fire me? Hum, come on.”

“I think that with her characteristics, she will at least demote you and decrease your salary even if she doesn’t fire you! As the vice president of the company, if you are demoted to ordinary employee because of following me, do you think you are shameless enough to continue to work here? At that time, you’ll leave even if you are not fired.” Li Yong smirks and says.

Luo Qingmin thinks it’s impossible, so she suddenly panics and hurriedly pleads, “Yong, don’t do this! We are family. Forgive me this time! It’s my fault.”

“Do you know it’s your fault?” Li Yong laughs cheerfully.

“Yes, I was wrong. I can do anything you want me to do.” Luo Qingmin becomes a good girl.

Li Yong isn’t interested in Luo Qingmin at all. He asks again, “Why are you following me?”

“You don’t need to swear.” Li Yong don’t believe oath. From ancient times to the present, many people have vowed that they will be punished by God if they lie or do bad things again. But none of them has been hit by the thunder.

God is blind and is partial to liars and evil-doers from ancient times to the present.

“Then I’ll leave.” Luo Qingmin is relaxed and feels the atmosphere is a little awkward. She just wants to escape.

“Wait a minute, I warn you! You can’t follow me from now on. Do you hear me?” Li Yong says gravely and seriously, “If you dare to follow me again, I’ll punish you severely.”

Luo Qingmin is not intimidated by Li Yong. She asks smilingly, “Yong, how do you want to punish me?”

“I’ll take off all your clothes and throw you in the street.” Li Yong waves his hand and says seriously.

“You can’t throw me in the street.” Luo Qingmin says seriously again.

“I know you’re a good man.” Luo Qingmin smiles charmingly. Then she turns around, twists her sexy butts, holds the documents in her hand and leaves slowly.

Seeing that she is so slow, Li Yong even wants to kick her to help her walk quickly.

Hearing that Liu Xiaoyue is approaching, he hurriedly walks away for a distance and pretends that he happens to turn around and sees Liu Xiaoyue. He says in surprise, “Ms. Liu.”

Liu Xiaoyue just cried. Her eyes are still a little red. Seeing Li Yong, she tries to smile and greets, “Li Yong.” After that, she doesn’t stop and directly walks to the research and development department.

Looking at Liu Xiaoyue’s thin back, Li Yong has a good feeling of returning to the green campus.

Today, Liu Xiaoyue is wearing a piece of long white dress, just like the first time they met many years ago.

Li Yong hesitates and follows her. He asks with a smile, “Ms. Liu, are you doing research and development work recently?”

“Well…” Outsiders are generally not allowed to enter the R&D department. But thinking that Li Yong is Han Lu’s husband, Liu Xiaoyue dares not to refuse. She has to nod and says, “Yes.”

Li Yong doesn’t know that he has become a celebrity in the company. Manager Wang of the R&D department bows and greets him when he sees him at a distance.

“Manager Li, welcome to guide our work.” Manager Wang is a chubby middle-aged man. His eyes are narrow and he looks obscene when he smiles.

Li Yong doesn’t even know him. When he sees his work card, he knows his name is Wang Limin.

“Don’t follow me. I just come to see my old classmate.” Li Yong waves his hand and drives Wang Limin away.

Then he follows Liu Xiaoyue to her place of work and sees all kinds of modern machines. Han Lu took his advice and bought them from abroad.

“What’s wrong with this one?” Li Yong asks casually when he sees that one of the machines has stopped running.

Liu Xiaoyue’s eyes turn red again. She hurriedly says, “I’m sorry. I was careless. This machine is worth more than 10 million yuan. I know I can’t afford to pay. But I’d rather work for you for the rest of my life without taking salary.”

Li Yong now understands why Liu Xiaoyue was crying. It was because she had broken an imported machine.

“How did you break it?” Li Yong looks at it and thinks it wasn’t easy to break it!

Liu Xiaoyue hesitates and says, “I don’t know either. When I came here in the morning, I found it was broken. Manager Wang said it was me who broke it and asked me to pay for it. I thought it might be me who broke it.”

Li Yong says smilingly, “It’s all right. Everything will be broken after being used in the world. You can rest assured and do your work. Don’t worry. You don’t need to pay for it. The company will invite experts to come and repair it.”

She was about to get promotion and a raise on salary. Who would have expected that this important imported machine was broken at this moment?

“We can buy a new one if it can’t be fixed. I know you didn’t break it deliberately. I won’t let you afford the loss of the company.” Li Yong comforts her.

“You’re welcome. Even if it’s not you, the company will also deal with it fairly.” Li Yong says with a smile.

Someone is walking over hastily. They turn their heads and see Deng Hongli running over hastily in small steps. She is wearing a suit and high heels.

“Hongli, what are you doing here?” Liu Xiaoyue asks in surprise. Deng Hongli is the assistant of the president and usually only works in the president’s office. She rarely comes here. It is impossible for her to be so anxious to run over.

“Why should I blame her?” Li Yong asks with a smile. He looks at Deng Hongli’s legs and feels that she is very sexy in a piece of black tight skirt with patterned black stockings.

Deng Hongli doesn’t relax her vigilance and says again, “Yong, the imported machine is broken. You won’t really think that Xiaoyue broken it, right? I can guarantee Xiaoyue will never break the machine.”

“Hongli, how did you know?” Liu Xiaoyue asks in surprise.

“I just received a call from Manager Wang. He has reported this thing to President Han Lu and said that you were not careful and responsible for work. He said you ignored his management, didn’t listen to him and led to such a serious error. He suggested that President Han Lu should fire you. I dared not to tell President Han Lu and came to check the situation first. Xiaoyue, tell me, did you break the machine? This is an imported machine that is worth more than 10 million yuan. It has just been bought by the company. President Han Lu will surely be angry.”

Deng Hongli is very anxious. She also observes the broken machine while saying. It can be seen that she is very sad about this broken imported machine that is fully-controlled by the computer automatically. 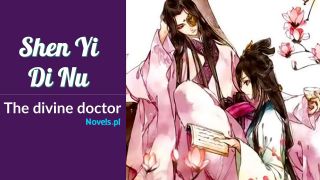