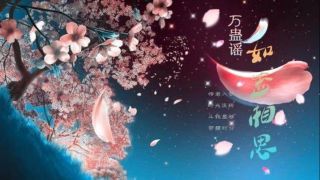 “Liar, get out of here. I’m really going to shoot you if you don’t leave.” Wei Fangxia doesn’t believe him and shouts.

“Don’t you believe me?” Saying this, Luo Sihao takes out a gun and fires a shot at the ceiling.

Bang. This gun is absolutely real, because the ceiling is broken with a hole and there is cement splashing.

Wei Fangxia becomes nervous and is scared now. She looks at Li Yong and finds that Li Yong is unexpectedly smiling, as if he is very happy. She can’t help saying angrily, “Bastard, how can you still smile now?”

“Should I cry?” Li Yong says in a happy tone.

“Do something!” Wei Fangxia even wants to kick Li Yong, because he is still talking back at the moment.

“What can I do?” Li Yong asks helplessly.

Wei Fangxia is speechless. How can she know what to do? She wouldn’t have asked Li Yong if she had got a way.

“Chick, put the gun down.” At this moment, Luo Sihao blows the muzzle that is smoking and says with a bad smile.

“I am a policewoman. You’re committing a crime to force a policewoman, understand? I can send you all to prison.” Wei Fangxia doesn’t yield and shows her identity at the moment.

“Policewoman? Damn it. I am a ‘particular’ policeman.” Luo Sihao sneers.

“Yes, I’m a special policeman.” Luo Sihao shouts, as if he is very proud of this identity.

“Did you call the police yesterday? The police officer contacted me too and I’ve spoken to the police. If anything happens to us here, you’ll be arrested immediately.” Wei Fangxia says calmly.

“We called the police, but we didn’t expect the police to be so incompetent. Since the police are incompetent, we are coming to restore our dignity. Listen, put down the gun, otherwise I’ll shoot you.” Luo Sihao becomes a little impatient. At this moment, he also raises the gun and points it at Wei Fangxia.

The fighters he brought here all wave their arms and look serious, as if they are about to shoot.

In order to stabilize Luo Sihao’s mood, Wei Fangxia gently puts the gun on the table beside her. She changes her serious and angry look and says with a faint smile, “Let’s have a good talk. We can discuss about it.”

“We don’t need to discuss. You shut up.” Luo Sihao shouts. Wei Fangxia is frightened and dares not to say anything again.

She follows Li Yong in order to protect him, but she really can’t do anything under such a circumstance.

She looks at Li Yong and finds that he is still calm with a faint smile at this moment, as if he can’t see the danger before him. This makes her nervous and she thinks: Has he become silly after being frightened?

She doesn’t think that Li Yong is so timid. But why doesn’t he react at all?

Seeing that Wei Fangxia can’t pose a threat to them anymore, Luo Sihao moves the muzzle toward Li Yong. He bites his cigar and smiles grimly, “Man, now you know what will happen to you if you offend me. It’s too late to be regretful. I’ll let you…”

But Li Yong suddenly interrupts Luo Sihao and says faintly, “Boss Luo, we had an agreement yesterday and you would sell Tiankai Mansion to me for 500 million yuan. Have you got everything ready?”

“Got damn ready.” Luo Sihao keeps talking dirty words, as if he has swallowed stool, “Kneel down to me.”

“What did you say?” Li Yong’s eyes become cold.

“Kneel down, did you hear me? You said I didn’t keep my words, so you must kneel down, kowtow and apologize to me, otherwise I’ll shoot you.” Luo Sihao laughs with a crazy look, as if he is enjoying the moment very much.

Wei Fangxia also realizes that Luo Sihao is also a crazy and evil person. He may really shoot. So she reminds, “Li Yong, do not irritate him. Do as he said and we should wait for an opportunity. Don’t be impulsive.”

How can Li Yong listen to her? At the moment, he also gets angry. Although he can see through the clairvoyant vision that some of the guns are fake, but there are several real guns. It is the first time he has been pointed at by so many guns. He is calm and is not afraid. He is even eager to have a try, “Come on! Shoot! Let me see if you have the guts.”

“Do you think I don’t dare? I’ll let you know how it feels to be shot by a bullet.” Luo Sihao suddenly moves the muzzle down and pulls the trigger toward Li Yong’s left leg. He wants to break Li Yong’s leg.

The bullet is shot out with a bang.

Wei Fangxia is startled. She quickly closes her eyes and dares not to see Li Yong. She thinks Li Yong will be shot down on his knees. He has asked for trouble himself. It won’t be like this if he does as Luo Sihao said.

“Ouch…” A shrill cry startles Wei Fangxia. She opens her eyes and sees that a fighter behind Li Yong falls down holding one leg. The clean floor has been stained with blood.

And Li Yong is still standing there with a slightly dignified look. His eyes are fixed on Luo Sihao.

“Mr. Luo, you hit our people.” One of the fighters reminds him.

“Damn it. You get out of the way! I don’t believe I can’t shoot him with a gun!”

Did he actually miss it? Luo Sihao feels very disgraced. He roars and shoots Li Yong’s leg again after aiming at him. He is also very clever and does not shoot the vital part of Li Yong’s body. He doesn’t want to kill Li Yong. He can sort it out even if the police come as long as he doesn’t kill Li Yong.

He thinks it was an accident just now. He believes this time he can definitely shoot Li Yong and make him hug his leg, fall down and cry shrilly.

However, after the gunshot, Li Yong is still standing there. The bullet hit the sofa behind Li Yong and left a hole on it. A fighter was standing there just now and he feels he is very lucky at the moment.

However, except for the lucky fighter, the others are all stunned. Because they saw Li Yong flash and unexpectedly dodge the bullet. Especially Luo Sihao, he is so startled that he opens his eyes and mouth widely, looking weird.

He was careless and didn’t see the first shot clearly. He fixed his eyes on Li Yong when he shot him again. He aimed at him again and again. He couldn’t miss it even if he had bad eyesight.

He thinks that he didn’t miss it. He clearly saw that Li Yong shook his body and dodged the bullet.

There are many people that can dodge bullets in legends. But it’s the first time that he has seen it.

He suddenly realizes Li Yong’s power. He feels nervous, as if he will be killed by Li Yong at any moment. He is so scared that he shouts, “Shoot, shoot his legs.”

After testing two times, Li Yong is sure that he has had the quick-response ability to dodge bullets. This makes him very excited and he realizes again that the spiritual power has brought great changes to him.

He could barely dodge one gun. He will be definitely shot if several guns fire at him at the same time.

Li Yong won’t make fun of his life. He can’t just stand there and wait for the bullet to hit him. In the life-threatening situation, the potential of his body is immediately activated. He jumps up high in the air, takes out a bunch of silver needles and throws them around like releasing hidden weapons.

The silver needles seem to be faster than bullets and pierce precisely into the acupoints of those fighters.

Seeing that there is no one missed, Li Yong also takes time to raise his hand and touches his nose in a handsome and funny way. Then he twists his waist and turns half a circle in the air.

He suddenly changes the falling direction and leaps gently in front of Luo Sihao. He grabs the gun in Luo Sihao’s hand, raises it with his fingers and rotates it a few times. Then the muzzle is suddenly pointed at Luo Sihao’s head.

All these happened only in a minute. When Luo Sihao realizes that he is pointed at by the gun, his legs shiver and he kneels down in front of Li Yong. This is his instinctive reaction. The fear of death softens his knees.

At this moment, Wei Fangxia also gets up her courage and picks up her gun. When she is about to resist, she finds that the fighters around are all standing still like sculptures. They are motionless and have no reaction.

Although Wei Fangxia is extremely angry, she won’t shoot sculptures. She hesitates for a moment and is in a cold sweat.

This big fat man was complacent and arrogant just now, but he is unexpectedly a coward. He knelt down naturally and deftly like a kneeling expert, as if he has knelt down hundreds of millions of times.

“Mr. Li, I’m sorry. I was too arrogant. I am as blind as a bat. I’m damned…” Luo Sihao raises his hands and looks at them. He seems to hesitate for two seconds and then slaps his face.

If Li Yong hadn’t let him get up, he wouldn’t have slapped himself. He becomes more and more frightened when Li Yong is polite to him.

“Oh, Boss Luo, don’t you feel painful? Stop slapping yourself. Oh, get up…” Li Yong says politely, but he still points the gun at Luo Sihao’s head, making him dare not to have mercy on himself.

Luo Sihao knows clearly that there are three bullets left in this gun. If Li Yong’s finger shakes, he will be killed immediately. He is afraid of death. He still has a lot of wealth and he doesn’t want to die.

Now he knows that he has met a powerful man today. Li Yong is so powerful that Luo Sihao even can’t imagine.

“Please forgive me, Mr. Li. I dare to get up only when you forgive me.”

“You wanted to break my leg with the gun just now. Tell me how I can forgive you?” Li Yong asks with a smile.

“Stop. How about this? I’ll break your leg with the gun, okay?” Li Yong discusses with him.

“No, no. I didn’t break your leg. You’re all right.” Luo Sihao says in horror.

“Yes! I’m all right, but you shot me twice! I’m going to shoot you twice, too. If you can dodge, you’ll be all right. If you can’t, you’ll have to submit to the will of Heaven.” Li Yong smiles faintly and says. “This is an eye for an eye. I’ll treat you the way you treated me.”