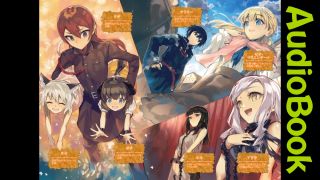 “Hmmph, we’re not kids anymore…” The little princess pouted, as if in contempt. However, she quickly also extended her little finger and hooked on his.

“Come, let’s continue with our fireworks! We must use up all our stock today…”

Ye Lang and the rest started to release fireworks once again. Their laughter and chatter echoed across the lake. Ye Lanyu was very happy. She didn’t feel like she wouldn’t get this again though, they would have more opportunities to be happy in the future.

She wasn’t appreciating this moment as much as the little princess and Little Zero, who were savouring the moment of being able to be together.

After today, she would start to fear and regret that she hadn’t savoured this as much. She would fear that this might be her last memory…

And after this, she would start appreciating every moment with them because life was too unpredictable. Anything could happen at any moment. Even people she often met - that could be the last time she saw them. They could disappear in the next moment.

She did not want to live in regret, so she must appreciate every moment!

However, this was in the future. Right now, Ye Lang and the group were happily lighting fireworks right until they used up all their stocks. They played games for a while and then went back to their respective rooms to sleep. That was how their day ended.

This firework show lasted for one hour and twenty minutes. Based on Seventh Brother’s calculations, Ye Lang must’ve spent about two hundred thousand gold coins on this. Of course, since he had made these himself, it was a little cheaper. But still, it was definitely one to two hundred gold coins.

After the fireworks ended, the people of Ye City were still mesmerised and took a long time to snap back to reality. Many still stood outside after the show ended.

Many people secretly hoped for the fireworks to come on again. Although it was not likely, they waited hopefully.

This was what everyone wished for, though there was one exception.

“Stop the fireworks, I’m begging you! Stop it all!” prayed Seventh Brother in the direction of the sky above Vast Moon Lake, muttering to himself.

Everyone glared at him, badly wanting to hit him- including Seventh Aunt.

In the end, the fireworks stopped. Many were disappointed but they did not think they had no chance to see this again. As long as Ye Lang was here, they believed it was only a matter of time before the next.

This was a kind of comfort after their disappointment, though it was not logically flawed at all!

“Hmmph, you’re sleeping alone tonight! Hmmph!” Seventh Aunt shut the door, leaving Seventh Brother outside the room. She was upset because of the incident with the fireworks.

“No, you must care! If I freeze to death, who will care for you in the future? You would have to…” Seventh Brother started to brag about the advantages of having him inside, linking together facts that were both relevant and irrelevant.

“…Fine, fine! I’ve had enough of this! I really don’t understand what I liked about you when I married you…” Seventh Aunt could stand it no longer. Every time he spoke, she would lose. She could not beat him in an argument.

In the end, as usual, she opened the door and they…

Cough cough! They just slept! Take your mind out of the gutter!

In the next few days, the Ye family thought they would see Ye Lang and the rest but they never appeared. Everyone realised that the fireworks weren’t his subject of research but just something he did for fun.

Seventh Brother was heartbroken when he came to this conclusion. He swore to teach Ye Lang a lesson when he appeared, along with asking him the recipe and production method for the fireworks.

Simple, that was because the firework show was unforgettable to everyone, it was the prettiest show they had ever seen. They all wanted to see this again in future celebrations.

People with money and power had already started to look for the Ye family, wanting to purchase the fireworks. Money was no object to them, they would pay no matter the price.

This was a great business opportunity! Another source of income!

Although he called Ye Lang a prodigal idiot, it was still a kind of advertisement, a very effective one that made everyone want his fireworks.

The fireworks made business boom even more in the future. Without this show, other people might not be convinced to buy.

Seventh Brother had to finally admit that Thirteen was a godly prodigal son who produced wildly unexpected outcomes from his actions.

During these past few days, Ye City started to talk about Ye Lang again. Once again, they started to speculate what he could be doing at Vast Moon Lake. Gossips ran wild.

Many people guessed that he lit fireworks because he was celebrating something. Perhaps his project was successful- this ignited even more conversations.

However, soon after, everyone knew that they were wrong because Ye Lang never emerged. He still remained at Vast Moon Lake.

Just like that, the fireworks incident died down gradually. The topics revolving Ye Lang dwindled too.

Ye Lang was still working on his major project. Based on his estimations, he probably needed a few more months to complete it. He was not going to leave within these few months.

As for the rest- Ye Lanyu and the other two girls who had broken through to the Tian Heavenly Level, they were working on solidifying their foundations. They knew that it was not the time to slack off. The skill-solidification process was equally important or it would affect the future development of their cultivations.

That was why Ye Lanyu did not leave to brag to Ye Chengtian and the rest. If it weren’t the case, she would’ve left a long time ago. She wanted to tell Long Anqi that she had surpassed her mom- which was Long Anqi herself!

Of course, that was just a way of seeking affection from her mother, she didn’t truly want to brag and show off.

As for the seventh princess and Ye Zhiqing, the two had never cared too much about these things anyway. They cultivated quietly aside, not caring about going out at all.