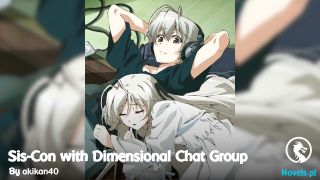 «The Shadowy Wedding Day with the President (Web Novel) - Chapter 1443: Walking Toward Happiness (18)

“Brother, do you think I can compete with him?” Long Feiting asked.

This Bo Junyan was really a person who was doted on by the heavens. He had the capability and the looks. He was so damn good-looking that even men would be moved!

The second son of the Long family looked at Bo Junyan and then at his younger brother. He sighed and patted his shoulder. “Drink, drink as much as you want!”

It wasn’t that his little brother wasn’t capable. It’s that the other party was too strong.

Besides, Mu Huan’s heart was with someone else. Even if his younger brother was better than Bo Junyan, there was no hope for him, let alone when the other man was better.

Long Feiting did not speak further and downed half a bottle of wine in one shot.

After a day of torment, it was finally nighttime. No one dared to make a scene in Bo Junyan’s bridal room. Hence, the newlyweds’ room was very quiet. There was no one watching or eavesdropping outside.

In order to suit the atmosphere, the room was filled with antique costumes and was lit with dragon and phoenix candles.

Under the candlelight, Bo Junyan picked up the veil covering Mu Huan.

After such a long day, he could finally see his wife.

Bo Junyan had always known that his wife was a gorgeous beauty, but today, she still stunned him so much that he couldn’t take his eyes off of her. He couldn’t help but say, “Wifey, you’re so beautiful.”

“Right?! Right?! I’m super beautiful, right?! Quick! Quick, bring your phone over and take a few pictures of me. This beautiful wedding night must be remembered. I want to look a little shy.” As Mu Huan spoke, she even mimicked those ancient women on television. She raised her orchid-like fingers shyly and smiled gently.

“Hurry up and take out your phone!” Mu Huan urged when she saw that he wasn’t moving.

Bo Junyan did not take out his phone. He reached out and pulled her into his embrace. “Wifey, don’t spoil the atmosphere.”

This wasn’t what a wedding night should be like.

“I…” Mu Huan was about to say something.

Suddenly, the door to their newlywed room was kicked open!

At this moment, the two of them had the same thought. It was that the door to such an ancient-style house was too weak. It was so unsecured that it could be kicked open!

The drunk Long Feiting stumbled into their line of sight.

Behind him were the other three drunk men from the Long family.

“What have you decided?” Mu Huan asked curiously.

When he saw that she was still in the mood to be curious about what Long Feiting had decided at this point, Bo Junyan’s expression darkened.

“I want to wait for your daughter to grow up!”

Mu Huan was about to say, “Are you crazy? Why will you be waiting for my daughter to grow up?”

“Hurry up and consummate your marriage with Bo Junyan. Give me a daughter like you. She has to look the same and have the same personality. I’ll marry her when she grows up!”

This idea was from a movie that Long Feiting had watched after he got drunk. In the movie, a werewolf and a vampire were fighting over a woman, but the werewolf did not win against the vampire and ended up with his daughter instead.

He wanted to be like that werewolf! If he couldn’t win his big love, he would steal a small love! He would anger Bo Junyan to death!

When Mu Huan and Bo Junyan heard his words, their faces darkened.