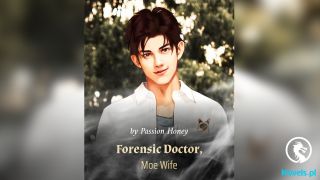 «The Shadowy Wedding Day with the President (Web Novel) - Chapter 1442: Walking Toward Happiness (17)

There were only these two pieces of clothing to go on and nothing else. How could he choose?!

“How can people not be ruthless these days?!” Huo Yuqi said.

Hehe! How could it be so easy to marry my sister-in-law?!

“Yuqi, be careful or Brother Bo might settle scores later!” Meng Lichuan signaled for her to give a hint. After all, she was the man’s family.

“I have Sister-in-law to protect me. I’m not afraid of anything!” Huo Yuqi made a face at him.

If he revealed their hands, his Brother Bo should be able to tell who was real.

“No need,” Bo Junyan said as he walked away.

Seeing this, Huo Yuqi immediately went forward to stop him. “Why, Cousin, are you not marrying your wife?”

“Neither.” No matter what, Bo Junyan was a man of few words.

How could Brother Bo tell!

Their move was too ruthless! Other people also had to choose at their weddings, but at least one person was real. But neither of them here was real!

Before they could regain their senses, Bo Junyan walked inside.

This room was a suite. There was also a room inside, a bed, and a bride sitting on it wearing a red wedding dress.

When he saw the bride in this room, Meng Lichuan suddenly knew how his Brother Bo knew that those two others weren’t real.

It was through the aura!

His sister-in-law was also sitting there motionless and covered up tightly, not revealing any skin at all. From her appearance, she looked no different from the ones outside. However, she exuded an aura that made one feel that the person under the red cover was not ordinary.

“Come, it’s time to look for shoes. You can only leave after you find them.” Huo Yuqi was a little displeased that Bo Junyan had passed two tests so easily.

For the people who had set up these tests, the first two stages were difficult, and the last stage was the easiest.

However, even though Bo Junyan had passed the first two stages very easily, in the aspect of finding the shoes, he could not do so no matter how much he searched. Seeing that it was almost time, Mu Huan reached out and pulled down the shoes for him. “Here, quickly, put them on. Don’t fail.”

Bo Junyan looked at the shoes in his wife’s hand and broke out in a cold sweat. He had searched everywhere and on his wife, but he did not expect that what he thought was an embellishment on her sleeve was actually embroidered shoes!

These embroidered shoes were too inconspicuous!

Bo Junyan carried Mu Huan out and brought her to the palanquin.

On the way back to the venue, their wedding showed everyone what a real dowry looked like…

They watched from afar as Bo Junyan rode his horse to bring back the bride. The person in the palanquin was the person he loved the most. Long Feiting was heartbroken and in pain. He picked up a bottle of wine and gulped it down.

As they were afraid that he would cause trouble today, Long Feilei and the rest followed him closely and saw him drinking like this.