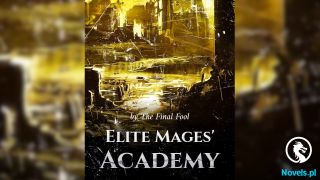 He picked up the call at the right time and was very cautious.

He was not in a hurry to speak. Instead, he waited for the person on the other end of the phone to speak first.

Initially, he thought that he would hear the voice of a child. However, after waiting for a few seconds, he did not hear the child speak. Instead, he heard a voice that sounded similar to Nian Xiaomu’s!

For a moment, he thought that he was hearing things.

He quickly moved his hand away from the phone and took a glance at the caller ID.

He was sure that it was the “Baby”.

When he placed the phone back to his ear, it was already noisy on the other end of the line. It was like a busy city. Before he could figure out the exact location, the phone was suddenly cut off.

At the same time, the bathroom door was pushed open from the inside.

Qiao Yuanfei’s expression had already returned to normal. She was walking in his direction.

When she saw fan yu holding his phone, her expression was a little stunned.

Fan Yu was not a person who liked to lie.

When she saw him, she admitted frankly.

“Your phone rang just now. It was a person called ‘baby’. Who Are You?”

Qiao Yuanfei was stunned when she heard him say the word ‘baby’.

When she regained her senses, her first reaction was to rush forward and snatch her phone from his hand. She hurriedly flipped through the call log.

When she saw that the last call she received was really a call from ‘baby’, her face, which had just calmed down, turned pale in an instant.

The color of blood on her lips also disappeared instantly.

She mustered up a great amount of courage and looked at Fan Yu as she asked carefully.

“What did the baby say to you just now? What I meant was that he actually…”

Fan Yu cut her off. When he met her guilty gaze, a strange glint flashed across his eyes.

He had initially thought that the baby was a boy.

However, he had heard a female voice just now.

If it had been an ordinary female voice, he might not have minded it. However, that voice sounded too much like Nian Xiaomu’s.

If he had not heard wrongly, he could almost be certain that the person was Nian Xiaomu.

However, why did Qiao yuanfei have Nian Xiaomu’s contact information and even used such a misleading term like “Baby”…

Qiao Yuanfei was on tenterhooks and could not figure out the extent of the conversation between him and the baby.

When she heard fan Yu’s words, she could not help but exclaim in surprise.

“Before I could say anything to him, he hung up the phone. There seemed to be a lot of people over there.”

Fan Yu knew that he was in the wrong and did not hide anything from Qiao yuanfei after he answered the call without the permission of others.

When Qiao Yuanfei heard this, her heart, which had been raised to her throat, fell silent again.

Pursing her lips, she avoided the important points and spoke softly.

“I have worked in the orphanage for quite a long time. When I have the time, I often go to the orphanage or the hospital to help take care of the children. I like to call people babies.”

“Then, do you know Nian Xiaomu?”

When he mentioned Nian Xiaomu, the way he looked at Qiao Yuanfei changed slightly.

If the person on the other end of the phone was really Nian XIAOMU, then Qiao yuanfei must have known her.

What a coincidence. Nian Xiaomu had just reminded him that it was time to start a family when he met Qiao Yuanfei. Could it be that all of this was…

Fan Yu’s train of thought had been completely led astray.

The way he looked at Qiao Yuanfei was also full of inquiry.

Qiao yuanfei thought that he had discovered her secret and that was why he was probing her step by step. Her heart was also in turmoil.

“I don’t know her… but I have heard of her. I remember that she is the wife of the president of the Yu Corporation and seems to be your good friend. Why did you suddenly ask me?”