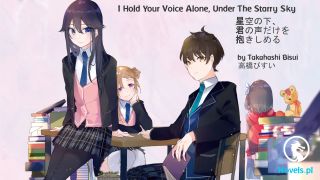 Actually, he did not like to be close to others. He attended all sorts of occasions and had never had a female companion by his side.

Would she cause trouble for him if she followed him?

“There’s a housekeeper. I’ve even hired a housekeeper. You Don’t have to worry.”Fan Yu took the sleepy Xiao Tangbao from her arms and put a pacifier on him. The little guy fell asleep very quickly.

He gently put Little Tang Bao into the crib.

What he actually wanted to say was that with Xiao Liuliu around, Little Tang Bao didn’t care who took care of him.

To put it bluntly, he only wanted Xiao Liuliu.

As for Xiao Liuliu, that was even easier to solve.

As long as he told her that he had gone with the pretty aunt to give birth to her little brother, Xiao Liuliu would probably take the initiative to take care of Little Tang Bao, not to mention obediently staying at home.

Fan Yu did not say these words.

He only looked sideways at Qiao yuanfei.

“Go and change your clothes. I’ll wait for You Downstairs.”

Qiao yuanfei nodded. She had just walked to the wardrobe and opened the door when fan Yu suddenly stopped and turned around to look at her, asking kindly.

“Your little broken flower is still with me. Do you want me to bring it over?”

She raised her head angrily, and Fan Yu’s figure had already disappeared at the door.

Due to the incident with little broken flower, Qiao Yuanfei’s face was still red even when she got into the car. She was unwilling to make any eye contact or verbal contact with fan Yu.

She lowered her head and pretended to look at her phone. Her mind was filled with the image of him standing at the door and asking her seriously if he still wanted little broken flower…

She could not help but look down at her chest.

After making sure that the underwear she was wearing today was not the little flower pattern, she suddenly let out a sigh of relief.

Soon, she found that she had relaxed too early.

Today was a cloudy day. There was a drizzle in the sky. It was the kind of rain and fog.

When the wind blew, it would be very cold.

Qiao Yuanfei did not look at the weather forecast before she went out. She was wearing a sleeveless long skirt.

She didn’t have a shawl.

When the car window opened, she couldn’t help but sneeze.

Seeing this, Fan Yu was about to take off his suit jacket. When he took it off halfway, he thought of something and put it back on.

Not only did he put it back on, he even fastened the buttons tightly, afraid that she would come and snatch his clothes.

Qiao yuanfei rubbed her nose and silently cursed in her heart.

She lowered her head and continued to look at her phone without saying a word.

When the car suddenly stopped by the roadside, she subconsciously thought that she had arrived at her destination and raised her head.

She realized that it was not the fan corporation but a trendy women’s clothing store.

“Wait for me for a while, I’ll go down and buy something.”

Fan Yu did not even pull out his car keys. He pushed open the car door and got out.

He went quickly and came back with only a bag in his hand.

Once he got in the car, he handed it to Qiao Yuanfei.

“It should be your style. Just make do with it for now.”

Did he get out of the car to buy her a shawl?

She decided to take back all the words she had said about him being ungentlemanly just now.

Qiao yuanfei thanked him and took out the shawl from the bag with an expectant look.

When she saw the small flowers on it, the smile on her face froze.

She was stunned for a full three seconds.

When she came back to her senses, she wished that she could strangle him to death with the shawl in her hand!

If this was only the beginning of today’s misfortune, then Fan Yu would let her understand what true despair was…