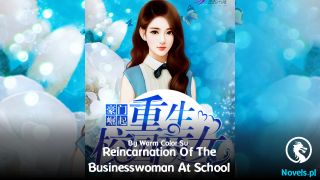 «The Problem with Marrying Rich: Out of the Way, Ex (Web Novel) - Chapter 1219: Could She Place Her Trust in Him Once More?

Chapter 1219: Could She Place Her Trust in Him Once More?

These were the wounds that only she knew about and she could only attempt to heal her broken heart in the middle of the night when all was still and quiet.

She suddenly realized that her phone had lit up with a message from Ye Hao when she lay in bed.

It was a long message with several lines:

‘Yan Yan, stop thinking about things that would just upset you. You should shower and turn in early. I’ll bring you to Africa over the May holidays. You have never been there, right? Let’s go there to take in the beautiful and natural scenery as well as the exotic culture.”

He Xiyan heaved a long sigh after she read this message and shook her head.

‘Thanks but I’m not interested,’ she replied and turned his offer down.

She wanted to travel and relax but she didn’t think it was appropriate to travel with Ye Hao.

Ye Hao stared at his phone in his bedroom located one floor above hers. His brows were locked in a deep frown but he still tried to convince her even after reading her message.

‘Let’s go. It’d be good for you to head outside and relax. I can tell that you seem unhappy and troubled recently.’

Ye Hao didn’t know how to lift the spirits of his beloved and he also didn’t know what it would take for her to let go of her painful memories and forget about how well that man had treated her.

He longed for a chance that they could spend time privately in each other’s company in a foreign land and hoped that she would open up her heart and give him another chance.

He stared at his phone and waited for her response.

This time, he didn’t receive a response even after he waited a long while for her to reply.

He frowned but he turned off his phone and placed it on top of the drawer beside his bed.

She needed to rest so he didn’t plan on disrupting her moment of peace.

He Xiyan wasn’t asleep. She lay in bed with her eyes wide open and stared at the curtains that fluttered gently in the wind.

She blinked occasionally and her tears flowed down the corners of her eyes to land on her pillow, one drop at a time.

There was a large wet patch on her pillow but she didn’t seem to be aware of it.

She didn’t respond to Ye Hao’s message because she was contemplating whether she should place her trust in him once again.

She knew him well, so she knew that he wasn’t a playboy. He would remain loyal to his partner and he was tender and loving when he wasn’t angry. He was a man who could set women’s hearts aflutter. However, he was a terrifying sight to behold when he was in one of his angry moods. She could still remember how he looked when he was angry; his bloodshot eyes, the vein that popped, the hands that were tightly clenched, and his livid expression. She felt fearful each time she remembered how he was in one of his moods. She also found his emotional abuse even more terrifying than his moods. He would suddenly ignore her, refuse to answer her calls, ignore her messages, refuse to come home and leave her in a constant state of agitation wondering if he was alright, what he was thinking, and slowly leading her to a mental breakdown.

She knew that he loved her and guessed that he must love her deeply. Otherwise, he wouldn’t have risked his life to take the bullet for her. Nonetheless, his love made her feel a little frightened.

Man would always develop a better understanding of each other after spending time with each other and by this time, she knew him very well indeed.

He Xiyan took a deep breath and released this thought silently into the night.

However, there wasn’t an answer to this question and no one had the power to turn back time to change the past.

She finally fell into an exhausted sleep and it was past 10 AM when she woke up the next morning.