Support
Random Novel
When I Met You 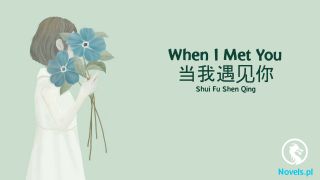 Tang Wulin smiled as well. “I thought you only meant to borrow?”

A radiance shot out from Yu Guanzhi’s eyes. “The Federation will consent to an exchange as well.”

Tang Wulin said, “What if you can’t take it away?”

Yu Guanzhi smiled. “If I can’t take it, then I won’t bring up this matter anymore. Moreover, the Central Army Corps will bear the responsibility of protecting Shrek and the Tang Sect’s outpost here. We’ll discuss all military operations with you.”

Tang Wulin exclaimed in his heart, ‘These military moguls are all cunning, old foxes! This person went from unyielding in the beginning to a totally relaxed manner at the end. He was trying to find out my intention. There were obvious signs of emotional adaptation too. He is unyielding for a while, then pretending to be friendly next. He truly lives up to his reputation of being a top-flight personnel in the Hawk Faction.”

“Alright, give it a try then.”

Tang Wulin did not want to seize the opportunity to ask for anything from the Federation when they were on the battlefield fighting against the abyssal legion. He would not consent to profit from the continent when the continent was in dire straits. Shrek and the Tang Sect would not stoop so low.

He hoped that everyone could stay united to fight against the formidable enemy as a team.

As he was speaking, Tang Wulin stood up. A golden radiance glimmered in his palm and the Golden Dragon Spear, with a faint seven-colored radiance, was suspended in midair.

Yu Guanzhi stood up as well. He looked at the divine weapon with a burning gaze. He was not in a rush to snatch it, as he observed the weapon with close attention.

The slim and long spear was sharp at both ends. The middle part was thick as a child’s arm. Dragon-shaped striations could be vaguely seen throughout the spear. The sharp radiance on both ends were contained such that it could not be seen. The entire golden spear appeared to be contained with only the seven-colored radiance revealed. It was breathtakingly magnificent.

“It lives up to its reputation of being a divine weapon!” exclaimed an emotional Yu Guanzhi.

Tang Wulin smiled and made an inviting gesture.

Yu Guanzhi looked toward him and said, “If I’m not mistaken, the Tang Sect Master has already cultivated the divine weapon to the extent of being one with its spirit, right?”

Tang Wulin said, “With some luck, I managed it successfully not too long ago.”

Yu Guanzhi chuckled, “How can one have so many lucky chances in this world? The Tang Sect Master truly deserves the reputation of being an outstanding talent of his time. It seems you’re going to be the next Limit Douluo, perhaps even the next Atlas Douluo in the near future.”

Tang Wulin severely injured the Spirit Pagoda’s Pagoda Master Qiangu Dongfeng before he became a Limit Douluo. When he finally achieved the rank of a Limit Douluo, his actual battle capacity would be of a quasi god standard then.

Had it not been the sudden appearance of the abyssal creatures, perhaps the Spirit Pagoda would have been completely defeated by Shrek Academy in the meantime.

Yu Guanzhi raised his right hand. “I’ll help myself to it then.”

As he was speaking, a layer of green radiance suddenly surged out from his right hand. It was filled with a life source. When it emerged, it filled the inside of the room with a dense life source.

Tang Wulin’s pupils constricted abruptly. That was some exceedingly pure energy aura! Judging by the density and purity of the life force, it could even rival the Ancient Life Tree.

While he was still in shock, a dark green, crystal-like glove seemingly carved out of jade covered Yu Guanzhi’s hand.

It was not part of a battle armor. The incomparably dense life force made Tang Wulin’s entire body relax. It felt comfortable despite his cultivation base and physical quality.

The strength of Tang Wulin’s life power had surpassed a quasi god’s. If he was affected by the life force, it signified that Yu Guanzhi’s glove was certainly a divine weapon too.

The dark green radiance was so vivid that it appeared like a dark green fruit. When the glove was unleashed, Yu Guanzhi’s initial middle-aged appearance turned younger. He stretched out his right hand without the slightest hesitation and grabbed the middle portion of the Golden Dragon Spear.

A golden radiance flashed once in the Golden Dragon Spear. The dark green glove also glowed brightly at the same time as it burst forth with a life source that was ten fold denser than before.

Yu Guanzhi broke into a smile. “Impressive spear, what an impressive spear!” He clearly felt the shocking energy in the Golden Dragon Spear. He felt his bloodline affected as well and vaguely transformed by this divine weapon.

Tang Wulin looked at him in astonishment. “This glove of yours is a divine weapon too. What is its function?”

Yu Guanzhi did not intend to conceal anything. He smiled and said proudly, “It’s called the Life Tribute. It’s forged from the purest form of Life Stone by an almighty in ancient times. More than a ton of Life Stone was used during the forging of this divine weapon, but only the core essence of the stone was utilized. It’s capable of showing affinity to any object and used as a support-type divine weapon. It’s extremely beneficial to a soul master’s cultivation. Any tool, weapon, or soul beast would show intense affinity toward it upon coming into contact with it. In the past, an ordinary person who had the Life Tribute would not encounter any soul beast attack in the Great Star Dou Forest. The person will end up as the soul beast’s friend instead.”

Tang Wulin nodded repeatedly and emotionally exclaimed, “I didn’t expect such a divine weapon to exist in this world. Just as they say, there are all kinds of wonder in this big, wide world.”

Yu Guanzhi looked at him in astonishment and said, “Tang Sect Master, it seems like you don’t feel sorry for losing your weapon at all! Could it be that you were prepared to pass this divine weapon to the Federation since earlier? Don’t worry. I’ll fulfill my promise, for sure. The Federation still has a few divine weapons, and there are another few in my clan which can be used in the exchange depending on your preferences.”

The corners of Tang Wulin’s lips twitched once. There were several divine weapons. How profound the inheritance was. It was fine with the Federation, but for the Yu clan, it did not matter much. They truly deserved to be the number one clan in the military.

Yu Guanzhi was stunned for a moment. Yet, his expression changed drastically in the next moment.

The Golden Dragon Spear in his hand suddenly turned duskgold. The dragon patterns on the spear bulged. It seemed as if the golden giant dragons had come alive.

A gush of copious, powerful suction force burst forth from the spear in an instant. At present, the Central Army Corps’ regimental commander felt he was not holding a divine weapon in his hand, but a blackhole!

The Life Tribute contained an exceedingly pure and vast life force, yet, akin to a whale, it was being swallowed and absorbed wildly into the Golden Dragon Spear.

On the other hand, Tang Wulin’s body was glowing brightly as he stood before Yu Guanzhi. His life source continued to increase exponentially such that the Life Subtree outside was affected as well. All its leaves were glowing.

Tang Wulin said with a bitter smile, “It’s you who should let go. It’s not my doing! The divine weapon has a spirit.”

He felt that his life source was linked as well. Not only the life force in the Life Tribute but even his life force was being devoured and absorbed by the Golden Dragon Spear.

“This item is too domineering.” At the same time he was shocked, Yu Guanzhi made a prompt decision to toss away the Life Tribute along with the Golden Dragon Spear.

Another person could have possibly hesitated, but not him. As a soldier, he was keenly aware of the importance of making prompt decisions. If he hesitated any longer, even his cultivation base would be affected.

The Golden Dragon Spear was floating in midair. It gave out melodious waves of a valiant and joyous dragon’s roar.