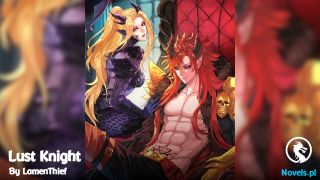 The thunderball was about to envelop Tong Bing. He had no way to resist with his cultivation.

But suddenly, an ice wall appeared in front of Tong Bing, completely blocking the thunderball.

After the crackling sound, the ice wall shattered, but the thunderball disappeared without a trace.

Hu Minghui was still delighted to see the person who displeased him was about to be killed by his father, but someone disrupted it. He said furiously, “Who?! Who dares to obstruct the academy’s affairs? Do you still want to participate in the assessment?”

In the crowd, a beautiful young man walked out slowly.

His eyebrows were picturesque, his skin was like snow, and the slender figure looked like a work of art carved from ice jade in the sun. It was enchanting by just taking a look.

The young man’s cultivation was obviously only at the Foundation Establishment stage, but under the gaze of Hu Minghui and Butler Hu, he seemed to be completely fearless. He said faintly, “When does seeking justice for himself become causing troubles? You even dare to threaten the candidates not being able to participate in the assessment? Is Miracle Healer Academy run by your Hu Family?”

As soon as this remark came out, everyone present cast contemptuous glances at Hu Minghui and his father.

After all, Hu Minghui and Butler Hu were just two servants of the outer courtyard of Miracle Healer Academy. The people who signed up for the assessment on the spot were the talented children of various families. They were all pampered in their families.

When did their future be in the hands of only 2 servants? Wasn’t this funny?

Butler Hu’s face changed slightly, and he glared at his nonsense son, then he calmed down and said, “This mister, you can’t simply talk nonsense. I just act according to the rules of the academy. How can it be considered a threat? This student does not have a letter of recommendation. How can we make break the rule for him?”

Before Hexi had time to speak, Hu Minghui suddenly said angrily, “I know you, you and the others helped the bastard back at the Wangyue Pavilion!”

With that, he said hatefully toward Butler Hu, “Father, they beat me seriously a few days ago! You must seek justice for me!”

Butler Hu’s face was cold when he heard the words. He really wanted to split his brain to see if his brain was made of tofu.

If Hu Minghui didn’t mention, he could still use his power to say that there was a problem with his recommendation letter. Now that he shouted out loud in the public, if he still dared to play trick, wouldn’t it prove his crime of using his authority on personal grievances?

Butler Hu took a deep breath, smiled at Hexi and said without a smile, “Mister, you are just at the Foundation Establishment stage, but your temper is really something. However, mister may not be aware of Miracle Healer Academy’s assessment, although there is no threshold for the level of cultivation, people with poor strength entering the final assessment field will not just suffer some minor external injuries. You and Student Tong Bing student should come again next time.”