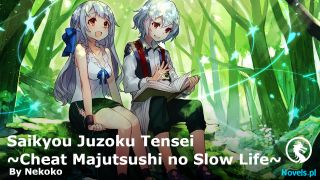 Suddenly, the wheel with green and white colors overlapping each other turned slowly in the opposite direction.

In the middle where the pieces connected, a clicking sound was heard. Upon closer hearing, it sounded like the teeth of the wheels closing together.

The wheels were joined together in a very intricate manner.

As the wheels turned and intertwined, a shocking suppression was formed!

The surrounding Heaven and Earth Force started rapidly gathering on this side! With one at the front and another at the back, it actually formed two energy vortices.

“Someone that Baili Chun has his eyes on is indeed extraordinary… However, there still seems to be a gap between the two forces, so it can’t be considered that they’ve merged perfectly.”

“I think so too. This person looks like he’s in his twenties. If he’s a demigod… he isn’t super talented. Chu Yue opposite him is only 17, right? He’s already a stage-nine warrior…”

“However, isn’t it obvious who will win in this match?”

This was a match that had nothing to do with their talent but their current combat skills!

There seemed to be a ball of fire in Jiang Zhiyuan’s heart that kept surging up, and it seemed as if it would explode from her chest in the next moment! I’ve heard enough of such words! So what if he’s more talented? Before he becomes a true warrior, he’s still trash! Today, I will take revenge for the new and old grudges together!

That gigantic wheel immediately started pressing toward Chu Liuyue! It didn’t travel at a fast speed, but it was very normal and stable.

It seemed like it was overly leisurely, but wherever the wheel went past, space collapsed as large black holes appeared!

It showed how formidable this strength was!

Before it reached her, the winds howled crazily!

Chu Liuyue’s clothes flew with the wind, and her hair danced around!

She squinted her eyes slightly. The closer I am, the more I can feel the shocking strength between the overlapping wheels. Once I’m dragged into it, even my corpse won’t be left behind! However, this is a competition where we have to determine a winner, so why did he execute such a killer move from the very start? The young man that Baili Chun specifically brought over seems to have deep enmity and even murderous intent toward me!

Chu Liuyue flicked her wrist, and a bright ray of blue and golden light flashed across!

The crowd felt that their vision went blurry as they saw an extra sword in Chu Liuyue’s hand.

That blue-golden light was from the sword sheath.

Chu Liuyue held the sword sheath with one hand as she raised her other hand and slowly clutched the thin, ice-cold sword hilt.

The surrounding force was urgent like a water current as the feather at the end shook slightly.

Chu Liuyue’s expression slowly darkened, and she held her breath in.

Her black, gem-like eyes—which seemed as deep as deep water in the sapphire lake—seemed to glow with a cold gleam.

There seemed to be an invisible barrier around her that separated her from the outside world. It was as if no matter what happened outside, she wouldn’t be affected at all.

At this point, she still seemed calm and composed!

Meeting that pair of ice-cold eyes, Jiang Zhiyuan instantly felt chills run down her spine! Indescribable terror rose from the bottom of her heart!

She clenched her teeth and tried hard to calm down as she suppressed her wildly beating heart. What should I be scared of!? How strong can a stage-eight warrior be?! I’m currently two whole levels higher than the other party! He’s just putting up a front!

Thinking like this, Jiang Zhiyuan felt much more at ease.

A water-colored ray of light cut through the sky!

“That’s—” Those with sharp eyes had a change in expression as they immediately sat up straight! They stared at that sword closely.

Everyone present was a strong warrior, so what good thing had they not seen before? Their eyes were all very sharp.

The moment Chu Liuyue whipped out the Chi Xiao Sword, someone immediately felt that it was amiss. “This is that legendary weapon that Golden Wings Sect and Ling Xiao Academy were fighting for in Ancient Feather Abyss?”

“That’s the one! At the Flood-Desert Northern Region previously, Chu Yue also used this sword to slash open the mysterious space’s door! But… the aura of the sword didn’t seem to be so shocking back then!”

“However, it is indeed the same sword! And didn’t Jin Di previously suspect that it’s actually a—” Supreme Yuan instrument!

Such aura, such suppression… How can a royal weapon have it?!

Even though everyone had heard of this news before, not many people took it to heart. That was because a supreme Yuan instrument hadn’t appeared in the God Residence Realm for way too long.

Additionally, they all knew of the background behind this Yuan instrument.

In the beginning, the Golden Wings Sect and Ling Xiao Academy fought for it. In the end, something happened, and Jin Lei died. Meanwhile, Chu Yue became the owner of the Yuan instrument due to a freak combination of factors.

If it were truly a supreme Yuan instrument, could Ling Xiao Academy actually bear to give it away?!

However, they didn’t expect that Ling Xiao Academy was actually willing to do so!

With Rong Xiu and the rest putting in a good word, the elders also didn’t really pursue the matter with Chu Liuyue! Hence, she took away a supreme Yuan instrument just like that!

Ling Xiao Academy was still not the same as these aristocratic families. Hence, when the crowd saw Chu Liuyue holding the Chi Xiao Sword, they finally realized it and were taken aback.

“I said it long ago!” Jin Di stared at the Chi Xiao Sword tightly, and his eyes were bloodshot.

Although Chu Liuyue had used the Chi Xiao Sword in public before, she just held it casually and didn’t showcase its true power. Additionally, everybody’s attention was elsewhere at the time, so they didn’t really take it seriously.

It was only when Chu Liuyue planned on officially taking action that they realized they had made such a huge mistake!

However, it was too late to regret it now! They couldn’t publicly snatch the items of Ling Xiao Academy students in their territory, right?

However, there were still some people who had active minds.

Baili Chun did give her decent items, and she was very satisfied at the start. However, how could they compare to a supreme Yuan instrument?

This Chu Yue has an unknown background and is very arrogant. He is indeed very annoying! I don’t even know what the academy and Rong Xiu see in him.

In mid-air, it drew a bright light. The next moment, Chu Liuyue held the sword with both hands and went on her tiptoes!

She jumped up into the air and raised the sword above her head!

Even the force that was surging toward the Green Sky Hot Sun Wheels was suddenly stopped by the invisible suppression. The force suddenly changed direction and went toward the Chi Xiao Sword at a faster speed!

“What?!” Jiang Zhiyuan’s heart skipped a beat! How could the supreme Yuan instrument be so domineering!?