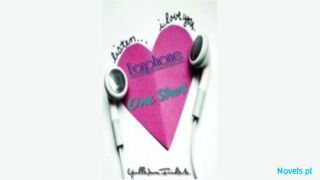 “Have you broken through to the immortal realm?”The azure-robed senior asked.

Ye sheng nodded and said, “I have. This time, I have something to ask the DAO College.”

The azure-robed senior sister smiled and said, “Is it because of the vast sea?”

Ye Sheng looked at her in surprise. “How did Senior Sister Know?”

“That’s not strange. I know a lot of things. Besides, you must go to the vast sea when you break through to become an immortal. That place will be the most helpful to you,”said the azure-robed senior sister.

Ye sheng sighed and said, “Unfortunately, the vast sea is no longer open to the outside world and is controlled by the chaos race.”

The blue-robed senior sister stood at the bow of the ship and looked into the distance. The ancient ship was moving at a fast and steady speed.

“The chaos are controlling the vast sea. They are also afraid. Many enemies have walked out of the vast sea to deal with them, so they are not willing to give the vast sea to others,”the blue-robed senior sister said.

“Does Dao Yun have a way to let me go to the vast sea?”Ye Sheng asked expectantly.

“Of course. It’s difficult to cross the vast sea, but our dao college can ignore the control of the chaos race. You’ve come to the right place.”The blue-robed senior sister nodded.

“Then can I go?”Ye Sheng looked at the blue-robed senior sister expectantly.

The blue-robed senior sister looked at Ye Sheng and burst into laughter. She was very elegant. She blinked her beautiful eyes and said, “You’re also a student of our dao college. Of course you can.”

Ye Sheng immediately heaved a sigh of relief. He smiled gratefully at the blue-robed senior and said that he was a student of the DAO College. However, he had not stayed in the DAO College for a few days and had not made any contributions to the DAO College.

Now that the DAO College had helped him so much, Ye Sheng remembered this favor.

“Do you know what you need to go to the vast sea?”The blue-robed senior suddenly asked.

Ye Sheng shook his head. He did not know.

“Who?”Ye Sheng asked in surprise. Could it be the higher-ups of the Dao College? Could it be that mysterious and unfathomable old man of time and space?

Ye Sheng raised his eyebrows. He had never heard of him. He was another hidden great god level figure.

“Old Man Changsheng is a peer of the time and Space Elder. When the DAO College was founded, he was invited to be the Vice Dean. Until now, he has always been the vice dean,”explained the indigo-robed senior.

Ye Sheng suddenly realized that this was really a true God.

“Is old man Changsheng in the Dao College?”Asked Ye Sheng.

“Yes, he came back not long ago. I will take you to see him immediately. Don’t worry. Old Man Changsheng is very kind. He is a kind old man. He will agree to let you go to the vast sea,”said the indigo-robed senior with a smile, dispelling ye Sheng’s worries.

Ye Sheng let out a long sigh and said, “All the good things have been controlled by the primal chaos race. I am very unhappy.”

“This is something that can not be helped. The Primal Chaos race is too strong. No, we can not compare.”The green-robed senior sister sighed.

Ye Sheng did not speak anymore. Instead, he looked at the ancient ship under his feet and fell into deep thought.

This ancient ship was very simple. It did not have any strange shapes. It was just a simple shape of a ship.

An ancient ship that was neither too big nor too small.

Riding the wind and breaking the waves, cutting through the brambles and brambles, and ignoring everything, it sailed steadily in the universe.

It could also travel through time, crossing the past and the future. It could not be underestimated.

“Why do I feel familiar with this ancient ship?”Ye Sheng still returned to this question and began to struggle.

The green-robed senior looked at Ye Sheng with a strange look in her eyes. She asked, “What are you thinking about, staring at my ancient ship all the time?”

Ye Sheng raised his head and voiced out his worries.

The indigo-robed senior raised her brows and said, “This ancient ship of mine has been passed down from ancient times. Its power is extraordinary. This is just its most ordinary appearance. It also has a very resounding name.”

“Is this an ancestral dragon smelting?”Ye Sheng asked curiously.

The blue-clothed senior shook her head and smiled mysteriously. “Can You Guess?”

Ye Sheng’s breath froze. Could it be that it was smelted by several ancestral dragons?

The blue-clothed senior smiled but did not say anything.

Ye Sheng widened his eyes in surprise and looked at the ancient ship. The ancient ship under his feet was forged by nine ancestral dragons?

How was this possible?

And to satisfy these conditions, it would take two eras to refine an ancestral dragon ship. How was this possible?

Ye sheng immediately said seriously, “It is my honor.”

He listened attentively. He really wanted to know how the nine ancestral dragons were smelted in an ancient ship.

The azure-robed senior sank into her memories, she said, “That was in the first era when the chaos race was destroyed. The universe collapsed, all living things withered, and there were heavy deaths. It was not just humans. Other than the chaos race, all other races were directly exterminated, including the Dragon Race.”

Ye Sheng licked his lips. With only one male dragon left, it was already a problem for the dragon race to reproduce.

“What happened after that?”Ye Sheng was eager to know. Of course, he knew that the dragon race wasn’t exterminated because there were still ancestral dragon bloodlines and other dragon races. Although there weren’t many of them, they still existed.

“After that, the first generation ancestral dragon used flesh and blood as a ship, and bones as the ship’s bones. They built an ancestral dragon ship specifically to deal with the primal chaos race. They even made an agreement with the universe origin laws,”the green-robed senior said.