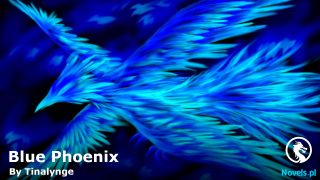 «The Earth Is My Dantian (Web Novel) - Chapter 853: If you want to go to the vast sea, you have to go to the monastery first

Ye Sheng did not expect that it would be so troublesome to go to the vast sea now.

The chaos race was no longer open to outsiders. They had turned the vast sea into their own things.

Just as the collector had said, the chaos race had now become a little like a woman in menopause. They were irritable and easily angered. They were no longer as open-minded as before.

“How should I go?”Ye Sheng asked helplessly. No matter what, he still had to go to the vast sea. It was related to his future cultivation, and he had to go through mountains of knives and seas of fire.

The collector stroked his beard and looked at Ye Sheng. “If you want to go to the vast sea, you have to go to the DAO College first.”

“Dao College?”Ye Sheng looked at the collector in surprise. What did the vast sea have to do with the Dao College?

“Yes, do you know who the primal chaos race fears the most in this universe and in this epoch?”The collector slowly walked to the window and looked through hundreds of floors. The people below were like ants, constantly busy.

“Who owns the Dao College?”The collector asked with a smile.

“The old man of time and space.”Ye Sheng immediately thought of a person, a figure at the level of a great god. A person who was only famous but had never seen a real person.

Ye Sheng had heard of the old man of time and space, the founder of the DAO College, many times, but he had never had the chance to meet him.

However, Ye Sheng had seen and used the old man of time and Space’s magic treasure, the big clock.

“If that’s the case, then I need to find the dean of the DAO College, the elder of spacetime?”Ye Sheng asked suspiciously.

The whereabouts of the elder of spacetime were uncertain. Where could ye Sheng find him?

“I don’t know about that. I only know that you can enter the vast sea if you go to the DAO College.”The collector shook his head and said.

Ye Sheng heaved a long sigh of relief, but his brows furrowed. He felt that this was troublesome.

“I don’t even know where the DAO College is. How am I going to find it?”Ye Sheng spread his hands helplessly.

Previously, Ye Sheng knew where the dao college was. However, after the DAO College on the primal Chaos Sea was destroyed, he did not know anymore. Where was he going to find it?

The collector looked at Ye Sheng helplessly and said with a headache, “I’m sending you this news, but I also need to send a message from the DAO College. It’s a huge loss. Remember, we’ll write it off after this. Don’t bother me anymore.”

Ye Sheng’s eyes lit up and he nodded decisively. “It’s a deal.”

“The new location of the monastery is at the extreme of the universe, on a ray of morning light. This is a star map. Get lost.”The collector said in a bad mood. He threw out a star map and then did not even look at Ye Sheng.

Ye Sheng picked up the star map and observed it carefully. He realized that it was real. He immediately cupped his fists and turned to leave.

The collector raised his head and soon saw Ye Sheng walking out of the building, flying towards the starry sky and hurrying on his way.

“He’s finally gone, this jinx.”The collector let out a huge sigh of relief and muttered.

“But will the monastery make use of this opportunity to make a move this time?”The collector suddenly thought of something and laughed happily.

“What does it have to do with me if I make a move or not? I’d better continue to be my merchant and enjoy this last bit of time.”The collector said delightedly.

After leaving the central star field, Ye Sheng went to the new location of the DAO College according to the guidance of the star map.

After the battle in the Sea of Chaos, the DAO College was destroyed by the chaos clan and moved to another place.

“The dao colleges are now at the extreme of the universe, on a ray of morning light. What does that mean?”Ye Sheng looked at the star map, puzzled.

The position shown on the star map was very ordinary. How could it become the extreme of the universe, on a ray of Morning Light?

Fortunately, Ye Sheng knew that his current guesses were useless. Only by rushing to that place would he be able to know the exact information.

Continuing to use the method of crossing space, Ye Sheng began to travel tirelessly. Following the guidance of the star map, he finally arrived at the position marked on the star map three months later.

The location on the star map showed that it was here, but the scene that Ye Sheng saw when he came here was different.

This was a dead silent space. The meteorite was floating in the universe. There was no movement. There was no sign of life in the gray surroundings.

What Ray of Morning Light?

Ye Sheng did not see anything.

What he saw was endless dead silence, the cold starry sky, and the scene that had never changed since ancient times.

This made Ye sheng frown and mutter, “Could it be that I’ve been deceived by that person?”

The Collector had deceived him?

Ye Sheng thought about it carefully. There was no reason. This time, he had given him the information and it was written off. He should not have deceived him.

One had to know that the old Titan was standing behind Ye Sheng. The Collector was obviously a little afraid of the old Titan, so Ye Sheng quickly ruled out this thought.

Since the star map was correct, this place was the new station of the DAO College.

But why was there nothing here?

Ye Sheng sat cross-legged in the universe and looked at everything around him. He closed his eyes silently and did not speak.

He realized that he still had not discovered the existence of the DAO College, so he did not plan to use his eyes to see. He wanted to use his soul to see.

Only by using his soul to see would he be able to see accurately and see the essence.

Ye Sheng closed his eyes and sat cross-legged in the universe. He followed the flow of the waves and activated his soul to look at the universe.

Under the gaze of Ye Sheng’s soul, the cold and desolate universe instantly changed into yin and yang, transforming into a desolate, cold, and passionate sea of laws.

In the eyes of Ye Sheng’s divine soul, hundreds of flowers bloomed in this universe.

The hundreds of flowers here were not flowers in the conventional sense, but the hundreds of Great Dao in the universe. They appeared in front of Ye Sheng’s divine soul.

Brilliant purples and brilliant reds, flowing lights and overflowing colors, countless great dao bloomed elegantly, setting off a group of palaces that were as beautiful and flawless as white jade.

The collector did not lie to Ye Sheng. This was indeed the new station of the monastery. The only difference was that this place could not be seen with the naked eye and everything else. Only the soul could see it.

When Ye Sheng saw this scene, he smiled happily.

He had found it.

An ancient ship floated out. It was dressed in cyan and had three thousand strands of black hair. It had a pure white face, was beautiful and flawless, and was dignified and elegant. It was Ye Sheng’s old acquaintance, the senior in cyan.

She was the person in charge of the monastery and was the one who had come out to welcome Ye Sheng.

The ancient ship floated in front of Ye Sheng and allowed him to withdraw his soul. He looked at senior cyan-robed senior and smiled. “Junior greets senior.”

Senior cyan-robed senior placed her hands in front of her abdomen and bowed slightly. She said, “How did you find this place?”

Ye Sheng took out the star map and said, “The collector gave it to me.”

The indigo-robed senior understood and said, “The collector knows. Since you’re here, come in with me. You’re also a student of my dao college. It’s a pity that you didn’t study in my dao college for a few days.”

Ye Sheng could not wait to get on the ancient ship.