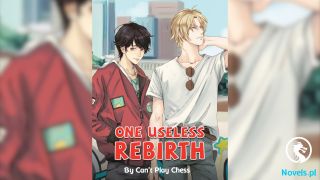 «Story of a Big Player from Gangnam (Web Novel) - Chapter 690: Dyeon Korea is Applying for the Certificate to be Recognized as Startup Company with Technology – Part 1

Chapter 690: Dyeon Korea is Applying for the Certificate to be Recognized as Startup Company with Technology - Part 1

Gun-Ho went to work in GH Mobile in Jiksan Town. There were still a lot of trucks parked at the leased vacant land in front of GH Mobile’s factory. Chan-Ho Eom said to Gun-Ho, “The production seems to be increasing more and more.”

There was another factory next to GH Mobile. It was a packaging company for food like cookies and candies.

“Chan-Ho, do you see a banner over there? In front of that packaging factory? What does it say?”

“Let me get closer to it, sir. Well, it says, the factory is for lease.”

“They either moved to a bigger factory because their business is doing so well, or they just moved to another location because they couldn’t afford to keep this one.”

On the way to his office, Gun-Ho ran into Director Jong-Suk Park at GH Mobile’s front yard.

“Bro, how was your trip to China? Is Jae-Sik bro doing well?”

“Yeah, he is well. He looked more comfortable and relaxed than he was here.”

“The volume of production here has increased a lot lately, huh?”

“It’s good that we have more work as the production keeps increasing, but the problem is the space. Even the alleys are filled with work in process because we have nowhere else to place them.”

“Is that because of the new product order from the factory in Dangjin City? The door assembly work?”

“That’s right. The volume of their appliance assembly work— assembling the entire door for their home appliance products— is increasing dramatically. We are assembling the whole door, and it requires a large space to store them. We are getting product parts from twelve different companies too. They are being stored in our storage.”

“You know what? Those twelve supplier companies are trying hard to get in contact with me, and get a dinner appointment with me or something after work. I guess that they want to bribe me with some money in order to get more work from us in exchange.”

“You know that you shouldn’t meet them other than in an official setting, right?”

“I know, bro. I don’t want to meet them in private either. And, I have classes that I need to attend after work anyway. I’m just too busy to meet them after work.”

“It’s good. I worried a lot before the school started. I kept asking myself what if I don’t understand the lecture? It could be a lot difficult in four-year college. But, it’s doable. I think I can handle it.”

“Keep up the good work.”

Gun-Ho walked up to his office, and he called for the secretary— Ms. Hee-Jeong Park.

“Please ask the accounting director to come to my office.”

“I’ve already received the report about paying the corporate tax. Did we pay for the debt with the after-tax profits?”

“Yes, sir, we did. We now have 30 million won of debt left. Our company’s credit ratings went one step up from B to A-.”

“We are supposed to receive 3 billion won from Dyeon Korea after they take care of the paperwork to transfer the ownership of their factory building to Dyeon Korea as our investment in-kind. Did we receive the fund?”

“No, we haven’t received it yet. You previously instructed us to pay the company debt once we receive the fund, so we are waiting for it.”

“Once you receive the fund, just hold onto it. I will let you know when you need to pay the debt with that fund.”

“Is Mr. President Song in his office?”

“Please tell him to come to my office.”

“How was your trip to China, sir?”

“It was good. I drank too much once during the daytime. I felt so uncomfortable after that.”

“Haha. Too much drink can be harmful to your health.”

“I was told that the production volume of the door assembly work for the factory in Dangjin City has increased significantly.”

“Yes, it has. And, it still keeps increasing. We don’t have enough space to store all those parts, products, and work in process. We need to figure out what to do about it.”

“We are currently receiving parts from 12 different vendor companies for the door assembly work alone. And as we are getting more and more assembly work, we will soon receive parts from 24 different companies. We definitely need more space.”

“I’ve noticed on the way here, that the factory next to us seems to be on the market for lease. They put the large lease sign on it.”

“Oh, is that right? I didn’t see that when I came to work today. I guess they put the sign this morning.”

“I think we should find out if we could lease that building.”

“Yes, sir. I’ve met with that factory’s president once. It’s the packaging factory, right? I guess they moved out to another location.”

“I guess that the packaging factory didn’t own the building. They leased the location as well, right? It seems that it has been a leasing factory all along.”

“I think so. I’ve met that packaging company’s president once at the gathering held for the business owners in Chungcheongnamdo Province. I remember that he said something about leasing the factory.”

“We can ask the general affairs director to find out about leasing the location and the rent.”

“Well, let’s ask him right now. I will ask him to come to the office now.”

President Song stood up from his seat, walked to the door, opened it, and asked Secretary Hee-Jeong Park, “Ms. Hee-Jeong Park! Please ask Director Joon-Young Choi at the general affairs department to come to the president’s office now.”

When President Song came to the sofa and sit there, Gun-Ho lowered his head a little bit and said in a low voice, “They put the factory on the market for lease, but what if we purchase it instead?”

“Well, if the owner is willing to sell it, then it would be great. I’m not sure if the owner will sell it or not though.”

“We are receiving 3 billion won from Dyeon Korea soon for the investment in-kind of their building. We can use the money to purchase that factory building next door.”

“That’s a good idea, sir. We still have debt to pay, but it’s not like the bank is asking us to pay it off immediately. We are on the payment plan.”

At the moment, the general affairs director entered the office after knocking on the door.

“The packaging factory next door is on the market for lease. I want you to find out how much they are asking for the rent. Also, find out the size of the building and the land.”

President Song, who was sitting next to Gun-Ho, chipped in, “Also, find out their power capacity, and see if they have overhead cranes installed already, and if they have underground water that is ready to use.”

Gun-Ho said, “Also, ask if the owner is willing to sell the property rather than just lease it. If he is, find out how much he or she wants for sale. The owner might have been suffering enough to be willing to sell it now. If the previous tenants moved out because their business didn’t do well, the owner must have a problem collecting the monthly rent.”

“You are also aware that our building has no more place to store products and parts, right, Mr. General Affairs Director?”

The general affairs director walked out of the office after giving a 90-degree bow to Gun-Ho and President Song.